In the DPR, 5 settlements have remained without electricity due to shelling

November 19 2017
16
Over the past day, the APU 42 once violated the cease-fire, firing 20 settlements, reports RIA News Post Donetsk and Lugansk republics. 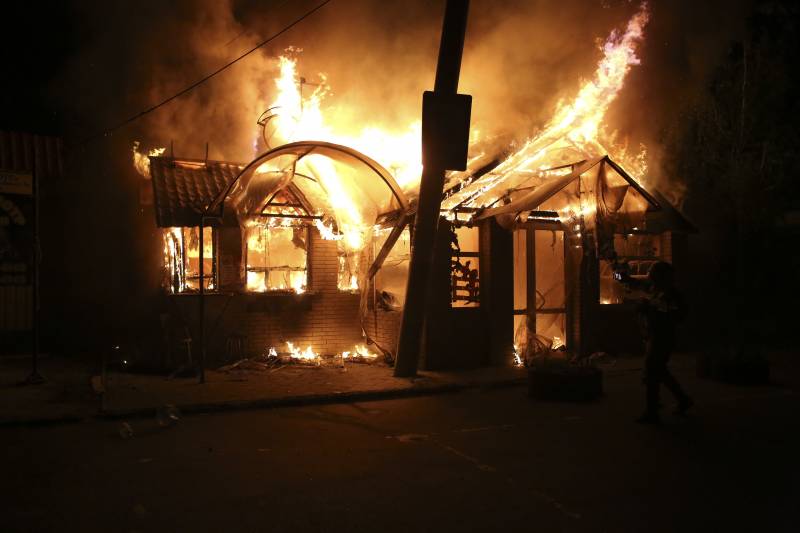 Over the past day, the Ukrainian Armed Forces 30 once violated the cease-fire. The 13 areas of the republic’s settlements, which were used for artillery, mortars of various caliber, grenade launchers and small weapon,
told the representative of the operational command of the DPR.

As a result of artillery shelling by the Armed Forces of Ukraine, five settlements were de-energized: Kominternovo, Dzerzhinskoe, Leninskoye, Novaya Tavriya, Zaichenko (settlements in the south of the DPR) Information on the damage and injuries is specified,
added on.

The People’s Militia of the LPR reported on 12 shelling.

According to preliminary data, there are no injuries among the civilian population and military personnel, the agency added.

The Ukrainian headquarters of the anti-terrorist operation, in turn, declared “30-ti shelling of positions of the Armed Forces of Ukraine throughout the contact line” from the side of the militia.

“As a result of enemy attacks, four servicemen of the ATO forces were injured. They were provided with emergency medical care and taken to military hospitals, ”the headquarters release said.

According to the Ukrainian side, the fire was fired "from 120- and 82-millimeter mortars, grenade launchers, small arms and infantry fighting vehicles near Lugansk, Novotoshkovsky, Novoaleksandrovka, Zaitsev, Crimea and Gold." In the Donetsk direction, strikes from infantry weapons were inflicted on the positions of the Armed Forces of Ukraine in the area of ​​Pavlopol, Avdiivka and Peskov.