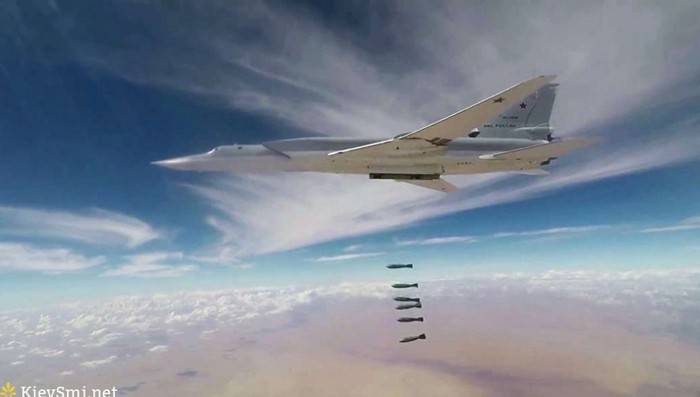 Six Tu-22М3 long-range bombers that took off from an airfield in Russia, made a flight over Iran and Iraq, inflicted a group air strike on the ISIL terrorist group * in the area of ​​Abu Kemal (Deir ez-Zor province)
- said in a statement.

The targets for destruction were the strongholds of the bandit groups, the accumulation of militants and armored vehicles. The means of objective control recorded the defeat of all designated targets.

It is noted that the air cover of long-range bombers over the territory of Syria was carried out by Su-30CM fighters from the Khmeimim airfield.

After completing the combat mission, all Russian aircraft returned to their home airfields.

ISIS * (IG *) is a terrorist group banned in Russia

Ctrl Enter
Noticed a mistake Highlight text and press. Ctrl + Enter
We are
Not so simple and rosy. What is behind the impenetrability of igilovskogo fortified El-Kuriya - Wadi Bakiyah?Tu-22М3 caused a group airstrike on the objects of terrorists in the province of Deir ez-Zor
60 comments
Information
Dear reader, to leave comments on the publication, you must to register.