History of War. No one should be forgotten!


- If it were not for my 83 of the year - an elusive tear spoke at the corners of the eyes of people gathered in front of a small Memorial sign of Crimeans, deaf from excitement, the voice of Professor MADI Dmitry Sosnin - I would stand in front of you ... on my knees ... as a token of deepest gratitude for the long-awaited point in my many years of unsuccessful searching for this saint, - Dmitry Alexandrovich inclined his head toward a concrete column with a memorial tablet in the center, - for me, a place.

It all began with the usual viewing of the video found by Yandex-search with the memories of Wehrmacht veterans: periodically supplemented by interspersed shots of amateur filming from the life of their anti-aircraft battery shelling the besieged Sevastopol. When the attention of Vladimir Polstyan (a geological engineer by education and the commander of the Coastal Battery detachment of the Sevastopol branch of the Russian Geographical Society, at the call of the heart ...) was caught by the flashed silhouette of the Il-2 attack aircraft: the explosion ... the jubilant faces of the anti-aircraft gunners - and ...

- Wait a minute - Vladimir Valentinovich “rewound” a few frames - but that elevation in the background ... with chalk sediments ... is this not by chance the mountain Kaya-Bash from the Bakhchsarai district?

“It may well be that the detachment’s historian Yury Pikalov brought out a few of his field pictures to the display — especially her characteristic spur: we once traced the route of the headquarters of Manstein’s army and, look, it was just like a saddle.

Search engines immediately moved to the place of the alleged fall of the attack aircraft and ...

- The rest was already a matter of technology - the head of the branch, Professor Elena Voskresenskaya, smiles - the very first combing with magnetometers of the field adjacent to the skyscraper confirmed the correctness of the assumption of our search engines: pieces of the armor of the plane were found, aviation sight, air system gear, headset for the flight headset and a whole bunch of aluminum trim parts. And near the side of the road towards the dugouts of the German battery, there are rusty remnants of anti-aircraft shells and auto parts.

Study of archival documents of the Black Sea Maritime Aviation fleet (MA Black Sea Fleet) led enthusiasts to stories flights of 18 SHAP: combat missions from the Chersonesus airport, blocking the way of providing ammunition to Germans rushing to Sevastopol. On that fateful day for pilots in the vicinity of Kai-Bash, the aircraft of Senior Lieutenant Miron Efimov really “worked”. However, the future Hero of the Soviet Union returned to the airfield without his slave — a sea pilot, commander of the Il-2 attack aircraft, Lieutenant Nikolai Evgrafov.

From the story of Miron Efimovich (already - Colonel of Naval Aviation ...) - recorded after many years by Dmitry Sosnin:
“In the morning of March 1, we flew to the 157,5 altitude area to suppress the German anti-aircraft battery. Finding a long-range truck, we entered it from the side of the sun and covered it with a bombed carpet. However, leaving the impact zone, I suddenly saw a burning slave plane. Of course, Nicholas could still leave him, but - there were Germans downstairs! And he deliberately sent a falling car in the direction of trucks with ammunition, turned off the main supply route of the advancing army - to the battery destroyed by us: opposing selfless sacrifice to the inglorious captivity! Turning around, I finished off the animated anti-aircraft gun and passed over the crash site of Nicholas: shells in burning trucks were torn not far from the burning Elah ... ”

According to the sister of the deceased "villain" (namely, the German veteran who lost the friends of the downed aircraft that day said ...): "With young Aviation Kohl" fell ill "about 15 years ago: another sister took him to the flying club where she was engaged in parachuting. So, when Tannin the instructor gave him a ride on Y-2, Kolya immediately understood that this was exactly what his irrepressible boyish energy lacked! ”

And at the end of the cadet Nikolai Evgrafov's 1941, as an excellent graduate student at the Eysk School of Naval Pilots, they were sent ahead of time to the Black Sea Fleet fighter jets to the current naval squadron. There he quickly proved that his school jumps into the Neva from the 18-meter bridge were not the result of a reckless boyish “delete”, but the result of an accurately calculated, free flight!

Taking off almost every day to the hottest spots, Nikolay managed to return to the airfield in an unharmed plane. However, war is war. And soon he, as the only remaining in the ranks of the fighter squadron, was transferred to the attack aircraft of the MA of the Black Sea Fleet. And in December, 41, while still in the rank of sergeant, the latter-day attack aircraft with the experience of a seasoned fighter personally shot down a German bomber who was trying to escape from an enemy airfield attacked by the Elias.

Then all four of these "flying tanks"Covered with their" lighters "10 German aircraft - right in the parking lot" Sarabuz. Along the way, seriously crippling eReS-si seven more! Nikolai, coming out of the next bombing attack, suddenly with a side vision noted, “Crusader” flying up from the side! A small turnaround, a short cannon line and the burning remains of Heinkel- ... replenished the victorious account of that cruel raid.

Handing Nicholas along with the early lieutenant epaulets of the Order of the Red Banner, the then Black Sea Fleet Commander Vice Admiral Philip Oktyabrsky noted not only the young, but just the young officer with the words: "May God give this future Hero also to fight until the end of the war." And Nikolai fought!

52 combat departures of the former high school student Yeysk VAUL paid dear to the German "guests" of the Crimea. He crushed enemy vehicles, suppressed artillery batteries and destroyed the enemy’s shaving manpower, which the sailors respectfully called his attack aircraft a flying battleship: with such minimal losses Nikolai left the hell of the Sevastopol defense. This was only 50 days after the receipt of the order noted in the Order of awarding Lieutenant N.F. Evgrafova is the second battle Red!

The golden star of the Hero of the Soviet Union would not have been waiting, but ... At that fatal 1 of March 42, Nicholas evidently felt that the attacked battery was finished, despite the usual attack aircraft tactics, suddenly began to gain altitude: instead of the usual departure from the shaving ... The immediate reaction of the surviving gunner of the only surviving gun, and - the impassive lens clearly recorded the rupture of the projectile in the immediate vicinity of the unprotected attack cockpit.

His nephew Dima was barely 8 years old. Due to the direct hit of the bomb in the parental home, the funeral sent to the besieged Leningrad found Nicholas's mother only after 6 for many years.

However, Anna Petrovna did not find any information about the place of her son’s death.
And only when the already matured Dima himself started on these searches - the head of the personnel department of the IA BSF unexpectedly responded to one of the innumerable requests to various addresses: sending privately the address of a military retiree ... Colonel Miron Efimov. So became known the details of the death of his slave - sea pilot, Lieutenant Nikolai Evgrafov.

However, unfortunately, Miron Efimovich could not recall the exact location of the crash of his slave aircraft. And only this year, looking at the responses to the next Yandex-request “Sea Pilot Nikolai Evgrafov” - Dmitry Aleksandrovich suddenly stumbled upon a message posted on the Web about the discovery of Sevastopol search engines! A brief correspondence with their commander ... information of Vladimir Polstyan on the nephew to the head of the branch of the Russian Geographical Society ... forwarding her found relative to the aviation branch of the branch ... a corresponding proposal to the head of the naval aviation of the Black Sea Fleet, Colonel Sergei Bodnaruk ... visit of the Chairman of the Council of Veterans of the IA Chelyabinsk Colonel Vasily Lobov to the Bakhchisara administration

On a sunny day, 29.10.2017, exactly on 11-00, took another name to take its place of honor in the memorial list of the defenders of the Hero City who fell on the land of the Bakhchisarai region.

Speaking at the mourning rally, the head of his administration, Vladimir Udakhin, assured the present officers of the IA of the Black Sea Fleet and its veterans that this was only the first step in perpetuating the Memory of the sea pilot who defended his native Fatherland to the last breath! Oath of oath to which, every Warrior swears under no circumstances to change this his solemn Oath: "Stand dead! .. - on the Boundary entrusted to him ..."

After that, under the energetic carcass of the military orchestra, Vladimir Vladimirovich handed the Honorary Diplomas to the Sevastopol searchers. In turn, the deputy chief of the MA of the Black Sea Fleet, Colonel Anatoly Boyko, proposed expanding the scope of the military-patriotic influence of this Memorial Sign! It was decided to assign the name of Nikolai Evgrafov to one of the schools of the Bakhchisarai district, so that, visiting the room of the Glory of the Fallen Hero, schoolchildren from elementary school learned to understand high Responsibility for the fate of their Homeland! As 75 years ago, it was understood by a sea pilot - the commander of an attack aircraft, Lieutenant Nikolai Evgrafov.

PS In agreement with the chairman of the Krasnomak settlement council, Andrei Klimenko, who was present at the rally, it was decided to open the room of Glory of the sea pilot Nikolai Evgrafov in the secondary school in the village. Kholmovka 19.04.2017g., Timed to the 106 anniversary of the creation of the first two squadrons at the Black Sea Fleet communications service - to increase the speed of communication between ships and protect them from pirate submarine raids. It was then that the 128 thous. Rubles received from the treasury for the purchase and maintenance of 6 seaplanes (according to Maritime Minister IK Grigorovich’s order from 19 04 1911) actually created a new structure of the Black Sea Fleet of Russia - its Naval Aviation! (Only after a year and almost 4 of the month, duplicated by order No. 397 of the War Minister VA Sukhomlinov from August 12 in the new style - 1912 of the year, in which all aeronautics and aviation issues were transferred from the Main Engineering Directorate to the aeronautical part of the General Directorate of the General Staff of the Army headed by Major General M.I. Shishkevich ...)

Patronage over the room of the Hero will be taken over by the Council of the Black Sea Fleet naval aviation veterans. 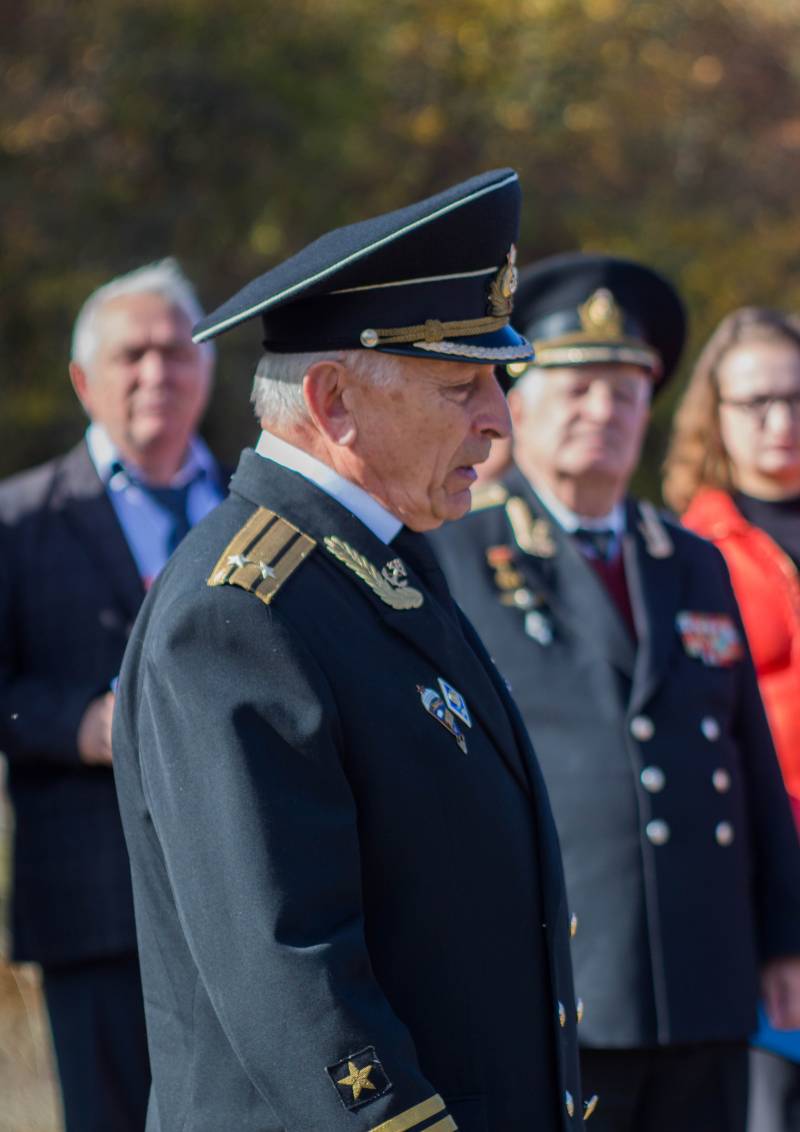 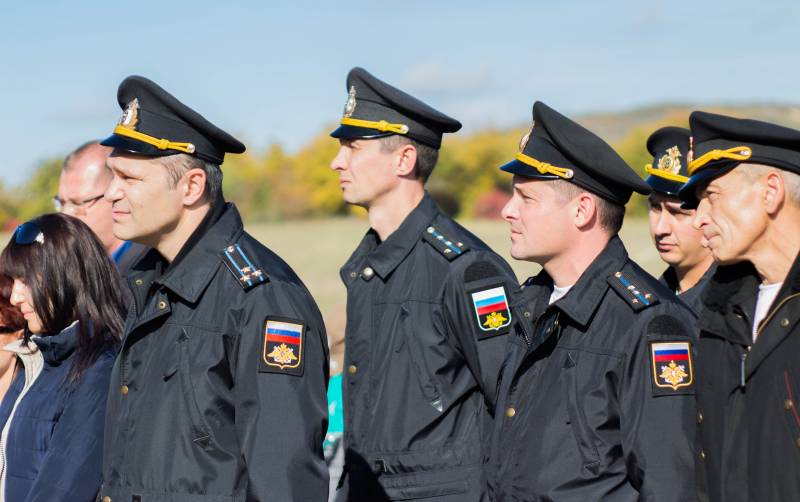 2 - sea pilots of the Black Sea Fleet: deputy. Commander of the IA ChF Colonel Anatoly Boyko and his team 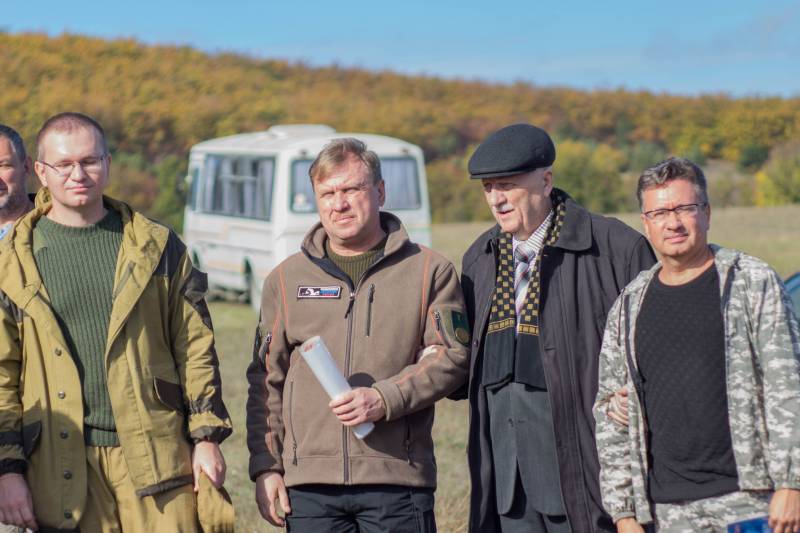 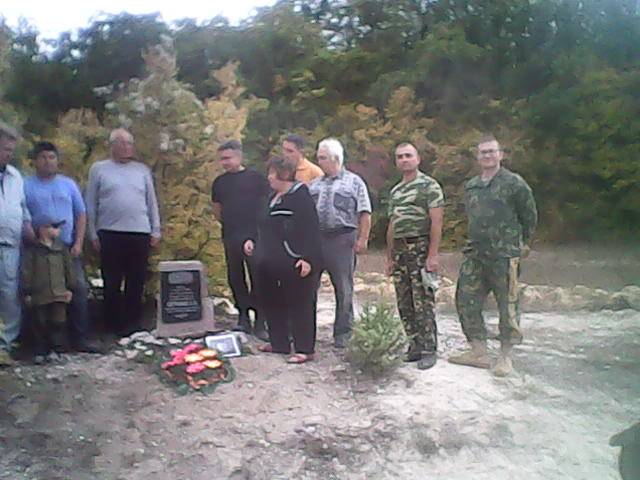 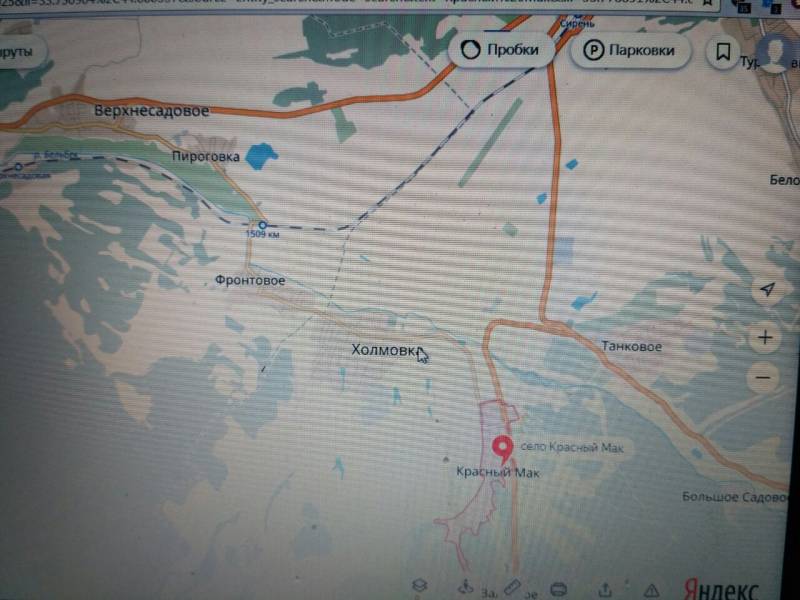 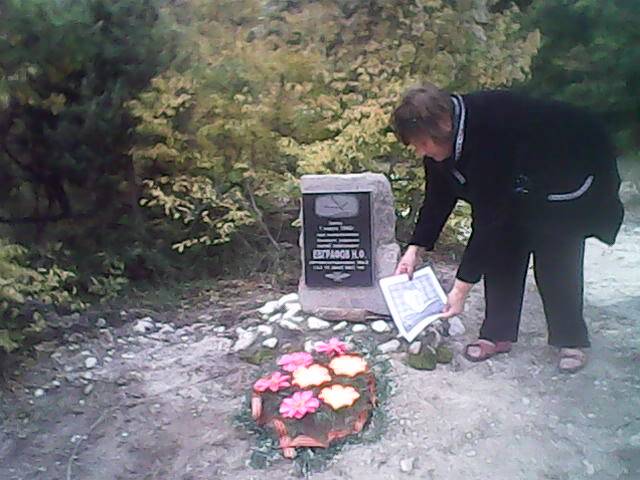 6 - the final touch: the head of the CPO RGO Professor Elena Voskresenskaya 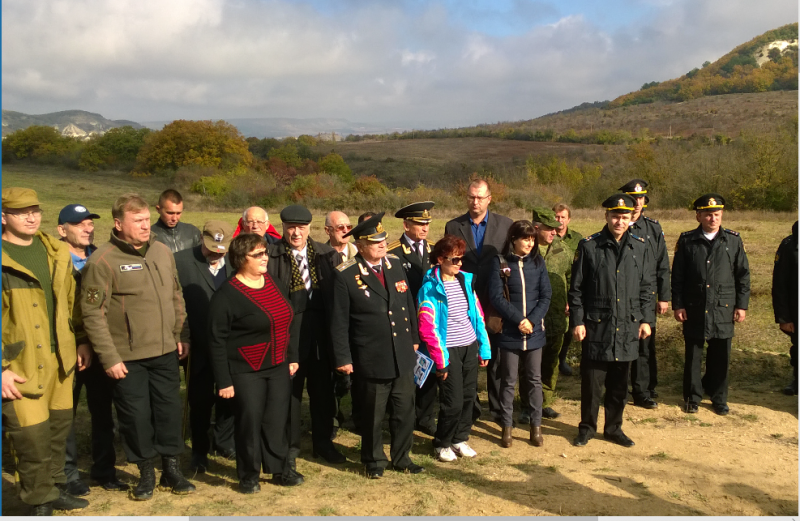 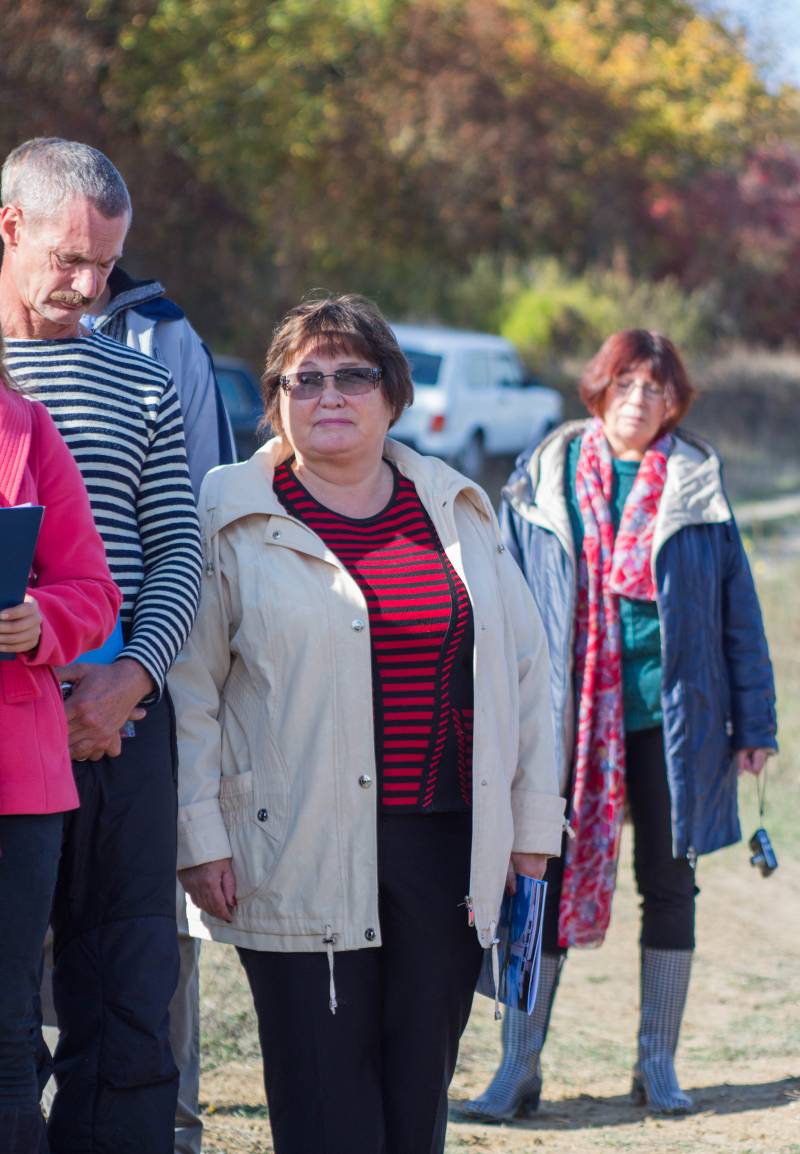