White House, stop NATO - you will get peace in Ukraine! 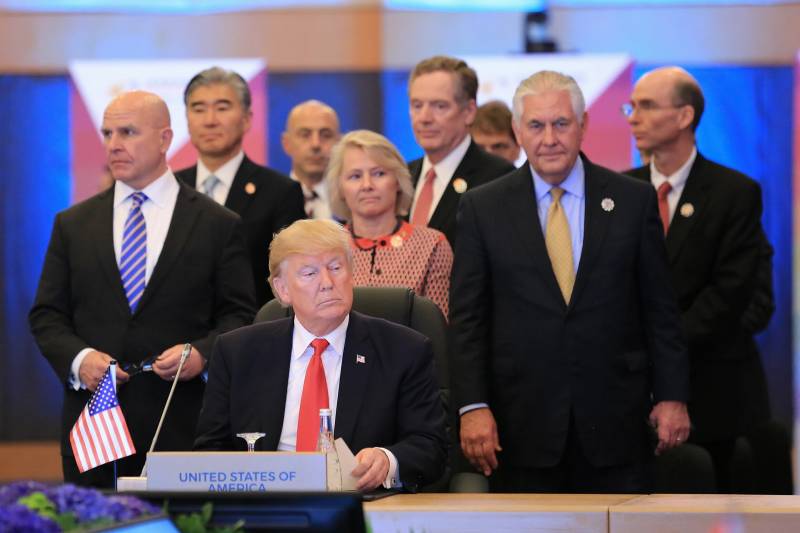 Russia does not constitute a real threat to the United States. Its policy towards Ukraine aims to prevent this state from joining the North Atlantic Alliance. So says a political scientist, a former assistant to Ronald Reagan Dag Bandow, whose article for The National Interest quotes the site "InoTV".

The expert believes that in order to resolve the Ukrainian crisis, the United States should provide Russia with guarantees of maintaining Ukraine as a neutral country. Such a compromise will be beneficial to all, including Kiev.

Meanwhile, according to the press, the Trump administration is going to put forward a proposal for the deployment of peacekeeping forces in Ukraine, Bendo writes. Such an initiative would be more likely to succeed if the White House proposed a “comprehensive agreement”. Here is its probable essence: Ukraine will remain a neutral state, and Washington will promise to stop the expansion of NATO.

Bandou thinks Washington politicians, however, "cannot imagine life without an enemy." In reality, the so-called Russian threat is an empty sound. “Vladimir Putin is an unpleasant authoritarian leader,” the expert notes, “but his kingdom is freer than the possessions of American allies like Egypt, Saudi Arabia and Turkey, and the latter Washington generously gives both attention and money and weapons. Moscow’s interference in the elections, which, apparently, had only a minor effect on even the most generous assessment, was not a good deal, but Washington didn’t have much to complain about in this case: according to some calculations, the United States intervened in the past in the 81 election , and the Clinton administration did everything in 1996 to ensure the re-election of Boris Yeltsin, which, ironically, in the end turned into Putin’s presidency. ” In addition, the current Russia, emphasizes Bandou, can’t be called the “ideological competitor” to the United States: “almost no one likes Putinism except Vladimir Putin and his buddies”, but the leader of Russia has never been a “communist ideologue”. Putin only "reminds the typical king: he demands respect for Russia and pays special attention to its security."

The latter, Mr. Bendow is convinced, explains the Kremlin’s foreign policy, in particular, its position on Syria, on Ukraine and Georgia: he does not intend to “let” the last two states into NATO.

The opposition of Moscow to the expansion of the “historically hostile alliance” should not be surprising, the author of the journal article believes. At the same time, there is no indication that Putin is allegedly “plotting an attack”. Bandou defines Russia as a “weakening power” that lost its status as a superpower a quarter of a century ago. Today it is “a regional military power with a weak economic and unstable political foundation.”

The following conclusion can be made from the material of a political scientist: stopping the Ukrainian conflict, and at the same time refusing to propagandize an imaginary “Russian threat” would benefit both the United States and Europe, and Russia itself, not to mention Ukraine alone, where people are from anti-Russian sentiments life is not better. In addition, the improvement of US-Russian relations would allow the planet to move away a little from the new arms race. However, there is no reason to talk about the pursuit of American hawks to the politics of the world.