Polish threat to Russian security could be real 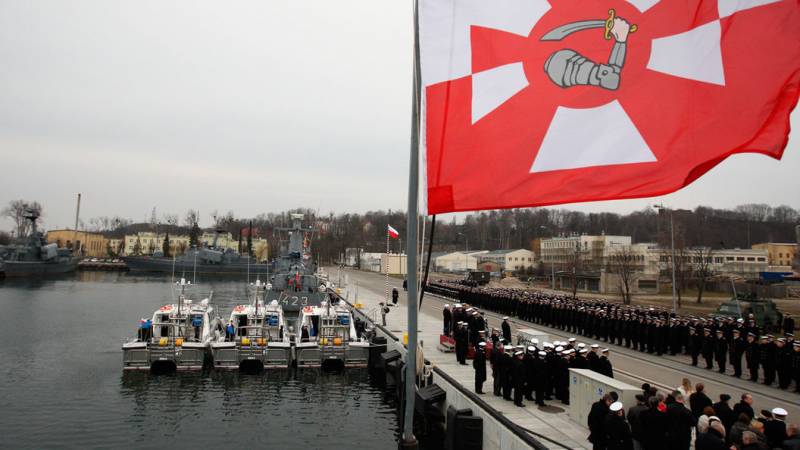 The APEC Summit has passed. Its members went home, and we still faced pressing national security problems, the most acute of which is the approach of NATO to our borders. Of the current NATO neophytes, the military preparations of the Republic of Poland are of the greatest concern and concern. Having set itself the goal of becoming a new regional center of power in Eastern Europe, the Polish leadership is doing everything to please its new owners, to occupy a leading position in the region, having pressed the old woman Germany. I recall that Poland is one of the few new members of the alliance, which, after joining NATO in 1999, is scrupulous about its military obligations. Poland and Estonia are the only new members of NATO that allocate the required 2% of GDP for defense. They even increase these allocations, unlike any other NATO country.

Trying to prove its commitment to the bloc, Poland has been participating in the wars led by America in the Greater Middle East since 2001. Warsaw sent its land contingents to Iraq and Afghanistan. At the same time, Polish troops are more active and willing to participate in hostilities than the bulk of other NATO contingents. Moreover, the Polish leadership is insistently asking the States to deploy two divisions on its territory to protect against the "Russian threat." And insists that they stay there until the number of national armed forces reaches 200 thousand people. In the meantime, yes, the Polish caliphs do everything for an hour to bring NATO missile defense bases and dual-use facilities as close as possible to the borders of Russia. At the same time, the States confirmed their readiness to deploy the multi-purpose Aegis Ashore anti-aircraft missile system in Polish Redzikowo for the 2018 year.

The modern Polish leadership strictly adheres to the decisions taken by the bloc at the NATO summit in Warsaw in 2016: to deploy multinational battalions in Lithuania, Latvia, Estonia and Poland. On the Polish territory, these forces will be stationed in Ozhisz and Bemov Pepe in the north-east of the republic. The units deployed in Poland will include 800 military, mainly from the United States, as well as representatives from Romania and the United Kingdom.

But Poland by all its actions shows that it is worthy of assuming the role of the leader of NATO’s eastern flank. In the summer of 2016, Polish Deputy Minister of Defense Bartosh Kovnatsky announced that the country intends to spend 83 billion zlotys ($ 21 billion) on new weapons. In particular, $ 10 billion is planned to be spent on purchases of medium-range anti-aircraft missile systems and tactical missile defense systems. More than $ 5 billion will be spent on short-range air defense systems, $ 3,3 billion - on helicopter purchases, $ 2,5 billion - on new submarines. The main part of the procurement should be included in the program of technical re-equipment of the Armed Forces of Poland for the period 2017-2022.

But bad luck! Recently, news flashed that the RP lost its last combat-ready submarine after a fire fleet, which was diesel-electric submarine pr. 877E "Eagle". The fire was so voluminous that the factory-repairing boat had to be flooded in order to stop the spread of fire ... The Poles would not be able to restore it for two reasons: for political reasons, this was the former Soviet B-351 submarine, and for technical reasons there were no spare parts. Therefore, apparently, since 2014 they could not repair it, and in order not to suffer further, they burned the ship ...

But the Poles, faithful to their course to seize leadership on the eastern flank of NATO, are already looking for channels to replenish their fleet with new ships and submarines.

So, the Minister of Defense of Poland Antoni Macherevich, while on a visit to France, was working on the issue of acquiring new submarines from the French.

“We want to conclude this contract as soon as possible, and even better this year,” he said, specifying that France is ready to negotiate on boats and cruise missile carriers. According to Macherevic, such a proposal “corresponds exactly to Polish requests.” “The strength of the French proposal is the integration of the guided missiles with the submarine, and this is within the framework of one contract,” he explained. However, so far not all the details of the possible contract are agreed. In particular, testing of missiles on a submarine was not conducted, but only tests on the platform.

But this is the near future. However, there is a focus on a strategic perspective: underwater carriers KDBK. And at least on the "Euro-strategic" weapon on board - American "Tomahawks."

“As the American edition of Defense News reported, at the 16 International Conference and Specialized Exhibition of Naval Equipment and Weapons IMDEX Asia 18 held from 2017 to 11 in May in Singapore, the Swedish group Saab AB presented a new version of the promising non-nuclear submarine project "A2017", equipped with vertical launchers, designed primarily for the deployment of American cruise missiles Raytheon Tomahawk. According to the model demonstrated at the exhibition, three six-shot vertical launchers of a cylindrical type are placed in an additional compartment of length 26 m in the central part of the submarine A10. The displacement of the boat at the same time increases by 26-400 tons. Launcher modules can be used to accommodate various weapons, and with the dismantling of launchers themselves - also to accommodate equipment for combat swimmers, etc. However, unofficially, Tomahawk missiles are called as the main armament for these PUs. As you can understand, this version of the A500 submarine with the TLU is not intended for the Swedish Navy, but for potential A26 customers, who require cruise missiles as part of the armament of their prospective submarines to attack ground targets. In Europe, unofficially, Poland is called unofficially as such potential customers. It is to her that Saab actively proposes the A26 project, acting in partnership with the Polish state defense holding Polska Grupa Zbrojeniowa (PGZ).

The Polish naval forces under the Orka program are planning to purchase 3-s of non-nuclear submarines armed with cruise missiles, with the launch of the lead-in submarine in 2024 ”(http://bmpd.livejournal.com).

With the introduction of these naval submarines, the Polish Navy will become a real threat to the administrative and industrial centers of the European part of Russia. Therefore, the role of the anti-submarine forces of the Baltic Fleet in ensuring anti-submarine operations on the high seas (on deployment routes) and off the coast of Sweden, that is, in the area of ​​the most probable patrols of missile naval submarines of the A26 propellant with the Tomahawk on-board missile defense system, should certainly increase.

Obviously, the missile defense / air defense systems in the VE theaters will also have to be seriously increased in order to prevent even the single Tomahawk flight and the achievement of its intended target.

Ctrl Enter
Noticed oshЫbku Highlight text and press. Ctrl + Enter
We are
A great interview with Sergey Lavrov: about Ukraine, Obama and IranWhat you didn't want to know about England
Military Reviewin Yandex News
Military Reviewin Google News
54 comments
Information
Dear reader, to leave comments on the publication, you must to register.