November 11 2017
38
The Ministry of Defense has published a refutation of information that had previously appeared on the Web about an alleged terrorist attack on a convoy of military personnel near the Hmeymim airbase (Syria). From the report of the main defense department of the country:
There were no attacks on Russian military personnel or transport convoys in the province of Latakia. The airbase operates normally. 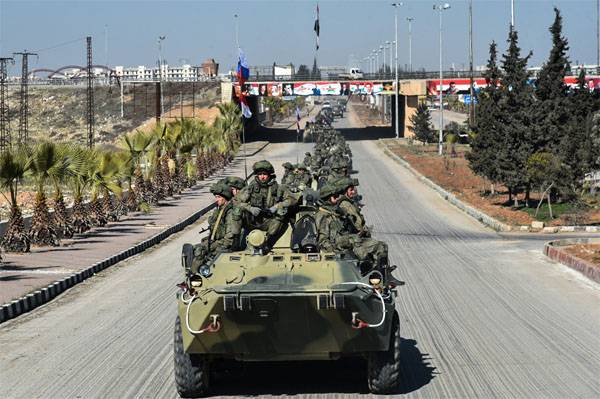 Statements about the alleged attack on a military convoy in Syria were published on behalf of the militants of the Tahrir ash-Sham terrorist group (* banned in the Russian Federation). This group is affiliated with another terrorist structure operating in the SAR. We are talking about the name that changed “Dzhebhat en-Nusra” (*).

Misinformational incidents, we must assume, are becoming the last weapons terrorists and those behind them, in confronting the official authorities of Syria, as well as the Russian military, who helped the CAA free the main part of Syrian territory from the militants. At the same time, an important fact draws attention to itself: the websites of terrorists on the Web continue to exist, despite all the statements of the so-called “democratic international community” about the tireless fight against terrorism.

Ctrl Enter
Noticed oshЫbku Highlight text and press. Ctrl + Enter
We are
The situation in Syria on Google Earth satellite imagesFull Syria summary for 24.03.2017 of the year
38 comments
Information
Dear reader, to leave comments on the publication, you must to register.