A-100 command center radar will be tested in spring

November 10 2017
28
Tests of the newest air command post A-100 "Premier" will be held in several stages: by the end of the year the aerodynamics of the aircraft will be tested, and in March of the 2018 will begin tests of the radar and EW complex, according to News. 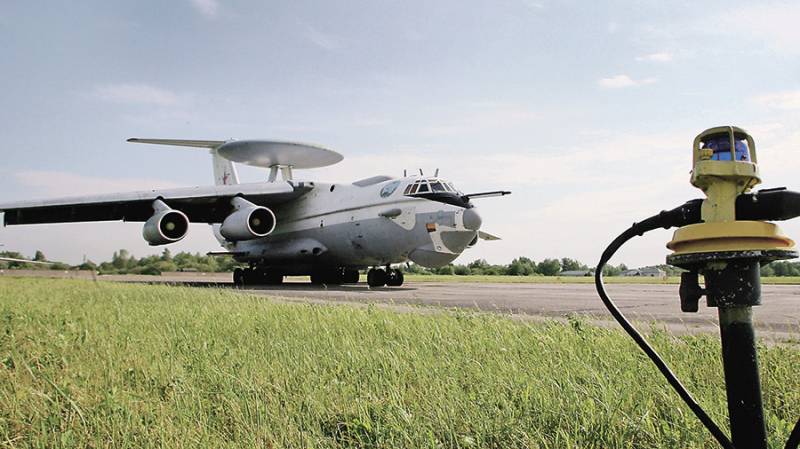 A few days ago took the car rolling out of the assembly shop. The carrier aircraft was created on the basis of the upgraded heavy military transport IL-76MD-90А. The A-100 air command center was developed by the concern Vega (part of the Ruselectronics holding).

“The new DRLO aircraft is intended for targeting fighters and bombers. With his help, it will also be possible to manage large air, land and sea groups. In addition, A-100 will be able to automatically transmit information about targets to the command and control centers of the anti-missile and air defense, ensuring guidance of anti-aircraft missiles, ”the material says.

The equipment also makes it possible to solve the tasks of electronic warfare - to identify the headquarters, communications centers and enemy radar stations and interfere with them.

Taking into account the experience of operating A-50 aircraft, an antenna with an active phased array is added to the new machine, which allows you to simultaneously track both air and ground targets. In addition, the detection range has been increased. Presumably, for aerial purposes it is about 600 km, and on surface targets the complex will be able to work at a distance of up to 400 km. The plane will be able to give information to both ground troops and aviation.

He stressed that the Premier will be able to solve not only target designation tasks, but also EW.

On A-100 installed complex electronic intelligence and elements of the complex electronic warfare. The aircraft may additionally conduct reconnaissance and protect itself from air attack weapons. Another difference is the new onboard computer systems. They are more powerful than A-50, and allow you to simultaneously monitor over 700 targets,
told the expert.

Ctrl Enter
Noticed oshЫbku Highlight text and press. Ctrl + Enter
We are
The success of the project IL-76MD-90А against the background of production difficultiesIL-76MD made the first long flight in the framework of factory tests
Military Reviewin Yandex News
Military Reviewin Google News
28 comments
Information
Dear reader, to leave comments on the publication, you must to register.