The United States will not come to war with the Russians: a secret document has surfaced in Germany

November 9 2017
91
Americans will not come to war with the Russians. In one German archive, a “secret document” was discovered, where it was written in black and white that the White House itself would decide whether to get involved in a new war or stock up on popcorn and watch the war on TV. 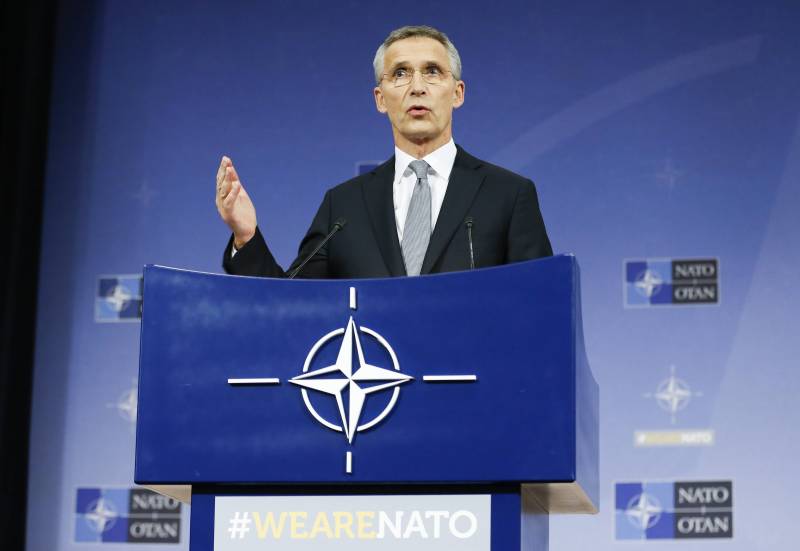 The NATO guarantee is a myth. Klaus Wigrefe writes about this in an article for "Spiegel Online". The name of the material itself speaks for itself, you can not translate: "Der Mythos von der Nato-Garantie". Why is the "myth"?

All for one? If someone attacks one country - a member of NATO, then all the other NATO countries should help her? This is how the German federal government explains it! But is it true?

Not! There is no “automatic” commitment to defend another NATO state. This proves the secret document from the German archive.

On the first page in the upper right corner there is a note: "Submitted to the Federal Chancellor." There is also a date: June 11 1955. At that time, the head of the federal government was Konrad Adenauer (CDU).

Just six weeks ago, the Federal Republic joined NATO! The Bundeswehr was not yet, and the security of the republic depended mainly on the determination of the United States, which supposedly were ready to defend the Germans from the attack of Moscow.

In a secret document “Obligations of the United States to the Federal Republic”, lawyers from the Ministry of Foreign Affairs listed everything that the United States had promised. Oddly enough, the Germans received little from the NATO treaty!

The United States did pledge to assist in the event of an attack on one of the other NATO countries, in particular, on the Federal Republic of Germany. However, the Americans have prescribed for themselves a lot of "opportunities for maneuver," indicates "Spiegel."

In the event of an attack on one of the NATO countries, Washington is free to decide whether to “get involved” in the war or “do nothing”. All NATO members are “equal”, and therefore, in fact, it was not only about Germany, but also about all other partners in the alliance.

It turns out that the government of Adenauer "little believed" in the North Atlantic Treaty. That is why in the secret document, then hidden in the archives of the German Foreign Ministry, the lawyers listed everything that Washington agreed to.

Klaus Wigrefe writes with irony that the legal obligations of the United States turned out to be "very modest." At least, this conclusion was made by experts of Herr Adenauer.

However, the current Chancellor, Angela Merkel, has been declaring “NATO commitments” since 2014. Who are these speeches for? Indeed, since the days of Adenauer, the text of the North Atlantic Treaty has not changed!

It turns out, let's add, you need to visit European archives more often. There will be obtained documentary evidence of the US loyalty to the “obligations” and “treaties”. What I want, then I roll back - this is the only principle that businessmen in Washington firmly adhere to. Sell weapon Europe is one thing, but to stick up in a war with the Russians, about which American hawks howl, is quite another. Let the Germans and the Baltic with the Poles and fight against the Russians, if they so wish. For the freedom of Ukraine. Americans once again wash their hands.