Iron Cross: for the 25 anniversary of the Ukrainian Navy established a new award

November 6 2017
124
According to the Odessa web resource Dumskaya.net, the commander of the naval forces of Ukraine (Naval Forces of Ukraine), Vice-Admiral Igor Voronchenko recently established a new award - the Iron Cross. It is dedicated to the 25 anniversary of the creation of the IUD. 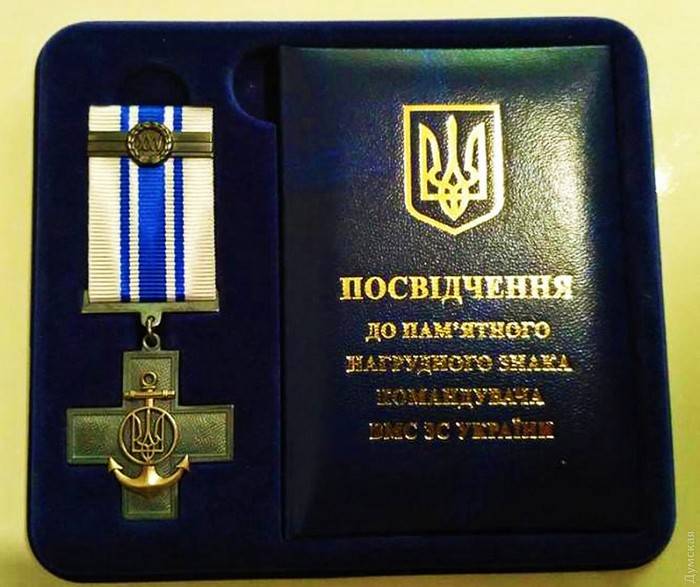 As they say in the message, "the reward is interesting in that it is cast from the enemy weaponswhich was used by enemies in battles against our sailors. The iron cross commander has already awarded several veterans of the naval forces. "

The online portal bmpd commented on this "product":
Apparently, this cross will be cast from iron "chovens" left by the "heroes" of the Ukrainian Navy in the Crimea.

Ctrl Enter
Noticed a mistake Highlight text and press. Ctrl + Enter
We are
One less admiral? .. Poroshenko dismissed the commander of the naval forces of Ukraine Sergey Haiduk
124 comments
Information
Dear reader, to leave comments on the publication, you must to register.