"Fortress" by Andrei Zubkov. Part of 3. They just didn't want to die.

November 8 2017
13
In the late autumn of 1942, the front of Novorossiysk cement plants was relatively stabilized, if such a term is generally used in that situation. However, despite this, the Zubkov battery, which seemed to have passed through fire and water, was only waiting for new circles of hell. The only thing in which the “Zubkovtsy” were privileges, so it is shells. The fact is that all the other coastal batteries of the Novorossiysk region experienced a severe shortage of ammunition. They acted by a long circuit through Central Asia and the Caspian. But, according to the memoirs of George Kholostyakov, no limits on the Zubkovo battery, which is, in fact, on the front line, did not apply.


Moreover, Zubkov could even afford to engage in “free hunting” when there was no order for fire support for troops and other tasks. That is why, and, of course, thanks to the talent of Andrei Zubkov, Georgy Gaidovsky, the military journalist of the newspaper Krasny Chernomorets, called him a traffic controller who instantly went to the people. The Germans “emphasized” this honorary title by a deaf three-meter fence on some sections of Novorossiysk roads in order to at least somehow conceal the movement of equipment and personnel during the day. 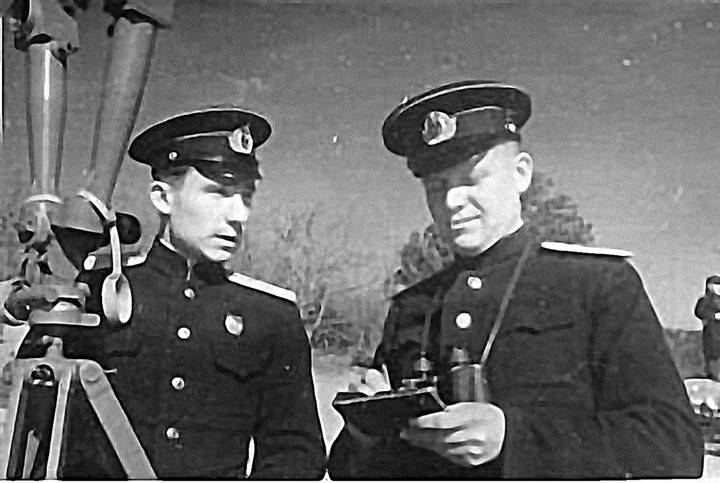 By the end of hostilities in Novorossiysk, the Zubkovo battery had 2 destroyed batteries and many mortars and individual guns, a train (11 50-ton tanks with aviation gasoline), two ammunition depots, 2000 killed and wounded enemy soldiers and officers, more than 150 cited to the silence of artillery batteries, about 250 vehicles, one patrol boat and one boat "wounded", etc. etc. Zubkov even recorded 5 aircraft on his artillery account. According to Tamara Yurina (candidate historical Sciences), these losses were suffered by the Luftwaffe during an attempt to establish the operation of the airfield in the Myskhako area. Under the "supervision" of Zubkov's battery, these attempts were in vain.

However, these data are very approximate. For example, Arkady Pervintsev, a military commissar, describes his conversation with Zubkov in the collection of stories “Guards Heights”:

- What about the battery?
- shut up.
- destroyed?
- Maybe they managed to transfer. But no longer shot.

Thus, it becomes clear that in a whole year of war it is hardly possible to calculate the exact results of the artillery operation of the Zubkov battery. Especially, if we take into account that at first the battery worked almost without square correction, and even in the confusion of the beginning of hostilities in Novorossiysk.

But to judge the operation of the battery can be on the amount of attention that she received from the enemy. In my humble opinion, because of Zubkov and his garrison, the nazis again and again dodged the fashionable psychological concept of accepting the inevitable — denial, anger, bargaining, depression, acceptance. The Germans then increased the intensity of the bombing, then threw "Zubkovite" leaflets. 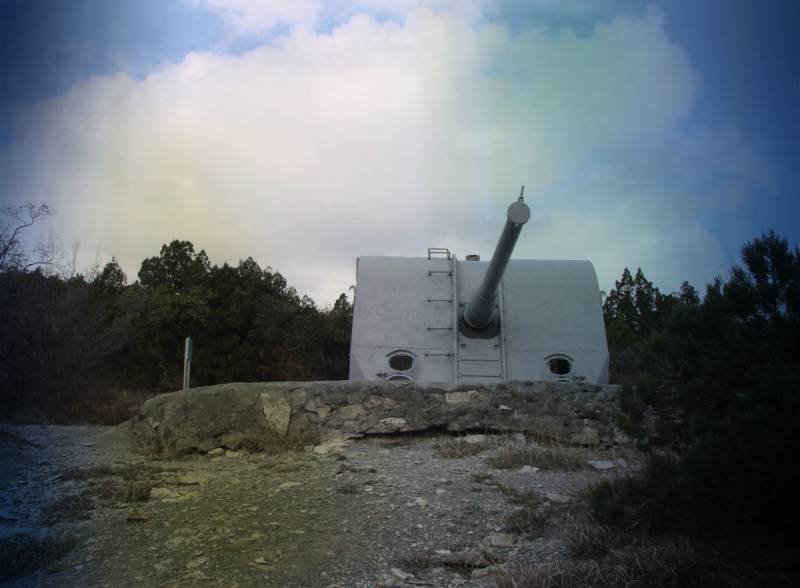 By the way, the content of the leaflets was somewhat unusual. Unlike the standard propaganda writings in the style of “get dirty rusish zoldaten”, the leaflets contained almost a plea with some kind of mercenary note: “The battery commander Captain Zubkov Andrei Emmanuilovich. If you stop the fire, we will also leave you alone ... ”In addition, the Nazis were well aware of the personality of Andrei Zubkov and even appointed a reward for the head of the battery commander.

The next “curtsy of respect” of the German command towards 394 was Operation Scorpio. The operation was a naval landing with the possibility of delivering a second echelon in case of success. She was originally characterized by audacity with a certain proportion of surprise. The following tasks were set before the assault force: to seize the battery from the sea and destroy it if it was impossible to hold or, if successful, taking the second echelon, coordinated strikes from the rear and from the front to remove the Soviet defense from the cement plants, freeing the advance on the Sukhumi highway.

October 28 from Cape Penny to Cape Doob a torpedo boat of the enemy reconnaissance of firing points. And on the night of the 30, after the bombardments of the Luftwaffe, boats and self-propelled German boats approached the shore. Unfortunately, the German naval forces, numbering up to 30 of various watercrafts, were already outside the range of our artillery. But the enemy underestimated the strength of the PDO of our troops and the degree of their readiness. Not only did the Nazis decide to make war on the PDO site of the fierce marines and the future hero of the landlord Vasily Botilev, but they also hit the minefield.

Butylev let the Germans take a closer look, driving them to mines, and then opened machine-gun fire. The whole fight lasted no more than 20 minutes. During this time, the enemy managed to disembark no more than 40 people and got away back home with nothing, leaving some of their luggage ashore - boxes of explosives.

The value of the battery has increased even more after the formation of the “Small Earth” beachhead. The Hurricane command repeatedly sounded on the air, signifying the need for an immediate artillery bordering of the paratroopers' positions. And the main violin in this fiery concert was played by the Zubkov battery. 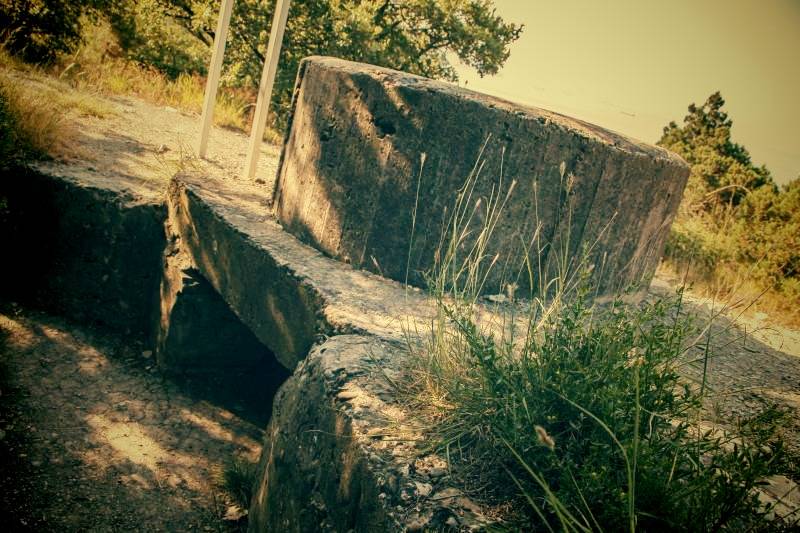 That is why the truly hellish was the second half of April 1943 for artillerymen Zubkov. Indeed, in April 1943, the German command outlined an operation to eliminate the legendary bridgehead, codenamed “Neptune”. Why in April? Apparently, the German commanders wanted to pamper the Fuhrer on his birthday - April 20. And, of course, competent Nazi officers raved about the desire to deprive the landlords of artillery support before attacking our positions.

17 April in a raid on the bridgehead "Little Earth" and the eastern side of Tsemesskaya Bay, up to Gelendzhik, participated 1074 enemy aircraft, according to George Holostyakova. He recalled that the 394-th battery, to which a large flock of bombers had flown, fell especially. Neither the fighters nor the anti-aircraft gunners could dispel such a sudden onslaught. On the day of the battery committed from 17 to 20 raids. The apogee of 19 became April, when 39 was attacked by Zubkovtsi, each of which participated from 10 to 12 aircraft.
The command lacked communication with Zubkov, the guns were silent. It was impossible to send people to 394 positions before dark. The command did not hope that at least someone survived on the battery. But as soon as the onslaught dried out, the Zubkov guns began to speak again.

But the battery suffered heavy losses since September 1942. It is worth mentioning that not only artillerymen and officers died, but even Coca, whose galley was “in the rear”. Kicks aviation and enemy artillery over areas made almost the entire territory of Cape Penai and the mountain slopes above it deadly. Often the places of the dead Red Navy, already experienced artillerymen were occupied by completely “green” fighters, some with no experience in artillery at all. In such a situation, the coolness and discipline of Andrei Zubkov played a significant role when they had to train personnel without leaving the battlefield.

Ctrl Enter
Noticed oshЫbku Highlight text and press. Ctrl + Enter
We are
George Yumatov. Hero with a tragic fateReports from the militia of New Russia for 12 August 2014 of the year
Military Reviewin Yandex News
Military Reviewin Google News
13 comments
Information
Dear reader, to leave comments on the publication, you must to register.