November 1 2017
162
The American F-15 Eagle and F-22 Raptor fighters in an air battle will lose to the fourth-generation Su-30SM Russian aircraft. This conclusion was made by the deputy commander. aviation aerobatic teams "Swifts" in 2004-2006, a military pilot of the 1st class Vladlen Rusanov. He shared his thoughts with Channel Five.


First of all, an experienced pilot practitioner noted that he does not understand why the F-15 Eagle, which has been used in the United States since 1976, is considered a fourth-generation fighter. Even its modern modification Strike Eagle ("shock eagle"), adopted by the US Army in 1988, is significantly inferior to Su-30CM. 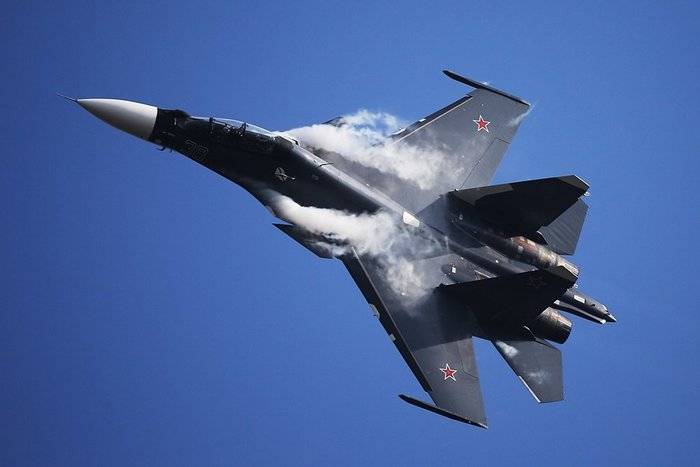 The Russian aircraft of the 4 ++ generation was created in the 2012 year to gain air supremacy day and night, even in the most difficult weather conditions. He is able to perform combat missions at a low altitude, regardless of any electronic interference.

Su-30M is capable of blocking enemy airfields far beyond the front line, destroying naval and land targets, controlling group hostilities and destroying enemy troops right in the air. This is a multi-purpose aircraft that can be used in any air operations. Other countries simply do not have aircraft with such characteristics.
- considers Vladlen Rusanov.

The Russian expert notes that the only F-30 American stealth rival Su-22M is an invisible aircraft with good weapons and equipment. However, it is much inferior to the Russian fighter in maneuverability. After all, Su-30SM installed engines with variable thrust vectoring. Thanks to this, the Russian fighter can instantly turn in any direction, and even turn around almost on the spot and change the flight path.

Due to this, the Su-30CM has no analogues and equal in the world.
- considers Rusanov.

Ctrl Enter
Noticed a mistake Highlight text and press. Ctrl + Enter
We are
Su-30 multipurpose fighter. Production, supply and operation
162 comments
Information
Dear reader, to leave comments on the publication, you must to register.