Air Force Academy near Saratov will get 5 helicopters Ansat-U

November 1 2017
15
At the air base of the Air Force Academy in the Saratov region will receive 5 new training helicopters "Ansat", reports TASS message of the press service of the Ministry of Defense. 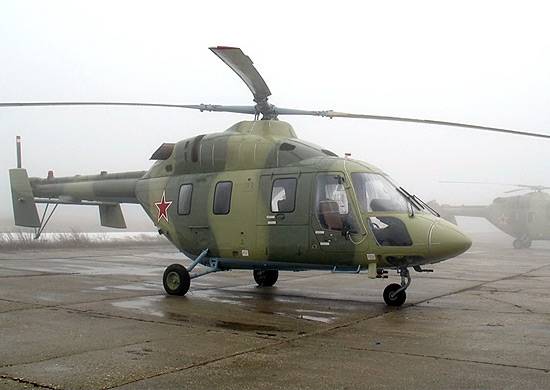 It is reported that "over the next few days, engineers and pilots will test the performance of all the systems and mechanisms of the new helicopters both on the ground and during the flight."

“Ansat-U” is a light helicopter designed for training cadets of flight schools at the initial training stage, as well as for the training of flight instructors. The machine is designed by the Kazan Helicopter Plant design bureau according to the classic single-rotor scheme with a tail rotor and two gas turbine engines.

The helicopter is produced serially from the 2009 of the year. In the future, Ansat-U will completely replace the Mi-2, which are used for piloting training.

Ctrl Enter
Noticed oshЫbku Highlight text and press. Ctrl + Enter
We are
The action “Military service under the contract is your choice!” In Rostov-on-Don: future contract servicemen, exhibitions and “Russian Knights”China expands its amphibious capabilities
15 comments
Information
Dear reader, to leave comments on the publication, you must to register.