Turchinov instructed to strengthen the counter-intelligence regime in Ukraine

October 31 2017
38
The Security Service of Ukraine, the National Police and the State Border Service are instructed to ensure an enhanced anti-terrorism and counter-intelligence regime in the country because of the allegedly intensified actions of the “Russian special services”. This was announced by the secretary of the National Security and Defense Council (NSDC), Alexander Turchinov. 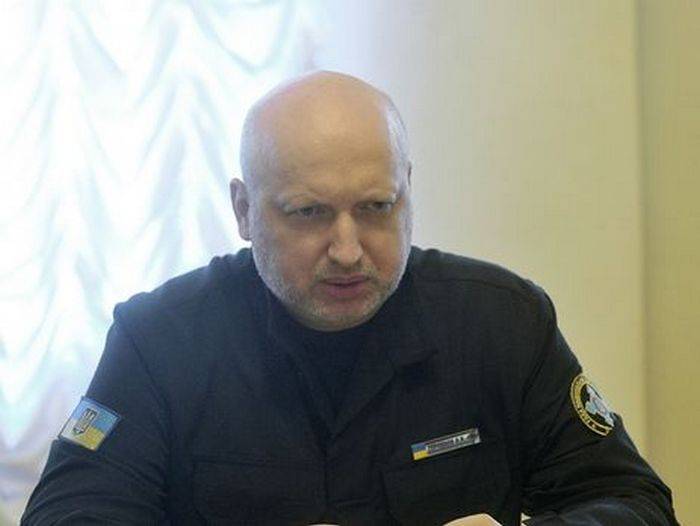 The Security Service of Ukraine, the National Police and the Border Guard Service of Ukraine are entrusted with ensuring enhanced anti-terrorism and counter-intelligence regimes in the country, strengthening border controls and protecting the state border with the Russian Federation, taking measures to intensify actions to remove unregistered weapons, effective countering of armed crime, smuggling of means of destruction, ammunition, explosives and their illicit trafficking
- quotes Turchinov press service of the National Security Council.

According to him, all the power structures of Ukraine and “all concerned citizens” will assist in the implementation of these measures.

Earlier, the prosecutor of the Kiev region Dmitry Chibisov said that the law enforcement agencies of Ukraine view the actions of the Russian special services as one of the versions of the attack on Chechen origin Adam Osmayev and his spouse Amin Okuev.

The Russian special services "recorded" and the blast that took place on October 9 in Kiev in Kiev, as a result of which deputy Igor Mosiychuk and political analyst Vitaly Bala were injured.

Ctrl Enter
Noticed oshЫbku Highlight text and press. Ctrl + Enter
We are
Israel has developed a drone with a detector of explosivesThe new head of the National Security and Defense Council of Ukraine and his first statements
38 comments
Information
Dear reader, to leave comments on the publication, you must to register.