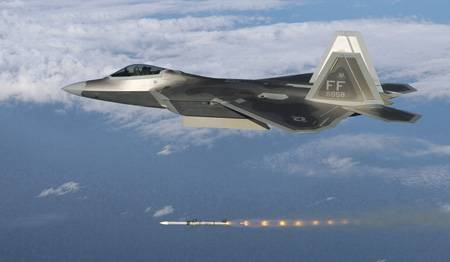 The reduction in the length of term service in the Armed Forces of the Russian Federation to one year, the qualitative improvement in the conditions of service, a significant reduction in the number of cases of non-statutory relations, have practically brought to nothing the talk that Russia needs a professional army. It was confirmed that if the conditions of service are normal, then “there is nothing bad except good,” it does not exist.


Recently, however, these conversations have resumed. True, now they come from the public in no way, but only from individual political parties and activists and human rights activists who are closely associated with them. These people no longer bring any intelligible arguments in favor of a professional army, but they demand a transition to it immediately. Which is completely understandable. The parties and figures demanding this are, as a rule, rather closely connected with a number of foreign countries, who extremely dislike the sharp strengthening of the RF Armed Forces. At the same time, the armies of these countries have no chance of defeating the Russian army on the battlefield. Therefore, it must be destroyed from the inside. There are only two ways to do this: a sharp reduction in military spending (“A sharp sword and a durable shield is the best guarantee for the prosperity of the state”, “NVO” from 25.08.17) and the transition to a professional army.

HOPES FOR MERCENARIES NO

It has been repeatedly said and written that a professional, that is, purely hired army, is not capable of waging a serious war, implying a high level of losses, due to a fundamental change in the motivation of personnel.

The principle “one can kill for money but one cannot die” has not been canceled and will never be canceled, and statements like “the military profession is the same as everyone else” or “let people serve by vocation” either complete incompetence or propaganda lie. Professionals can either serve for big money in a non-military army or, at best, participate in punitive-type operations against a obviously weaker opponent. At the same time, the transition to a professional army disfigures the psychology not only of the army itself, but also of society as a whole - it ceases to feel its involvement in the defense of the country.

The Iraqi grouping, which in August 1990 had invaded Kuwait, was only slightly larger than the professional forces of Kuwait. The latter, however, instantly collapsed, with little resistance to the aggressor.

The armies of the “senior comrades” of Kuwait, Saudi Arabia and the United Arab Emirates are also, of course, purely professional, with a very high level of monetary allowance for these same professionals, as well as with a huge amount of the latest combat equipment of all classes. At the same time, they have been fighting in Yemen for almost three years so badly that it is even too much for the professionals (see “NVO” from 21.04.17 “Yemen is the second front for Syria”). It’s impossible to write this off to the specifics of the Arab mentality simply because on the other side of the front are also Arabs (as, by the way, in the aforementioned case with Kuwait).

The call is formally maintained in Georgia, but all combat brigades have long been purely professional, built according to NATO standards. In August, 2008, they relatively successfully launched a punitive operation against an incomparably weaker militia of South Ossetia. The grouping of the Russian Armed Forces, which came to the aid of the Ossetians, was at first even inferior by the forces of the Georgian Armed Forces (at least on land). Nevertheless, the Georgian army instantly collapsed and fled. That is, she behaved exactly as it should be for professionals trained in NATO standards.

Shortly before his overthrow, then-President of Ukraine Viktor Yanukovych made the Ukrainian army fully professional, canceling the call. By that time, the efforts of both Yanukovich himself and all three of his predecessors in the presidency of the Ukrainian army had been ruined to such an extent that, objectively speaking, the method of recruiting it had no special significance. With the beginning of the civil war, the call in the Ukrainian Armed Forces was, of course, restored by the new authorities. Only because of this, the Ukrainian army was able to somehow fight. Now, however, tse Europe is trying, like Georgia, to fit into NATO standards. The call, of course, is not canceled, but serious efforts are being made to professionalize the army. Contract servicemen in the Armed Forces of Ukraine receive about 10 thousand hryvnia (about 25 thousand rubles), which by local standards is not just good money, but almost mad. As a result, as one would expect, the lumpen went to the professionals “by vocation”, often under the slogan: “Than they mobilize me for free, it’s better to go there for money”.

First of all, it is professionals who recruit the newly formed brigades of the Armed Forces of Ukraine, including the 4 Army Corps, designed to repel Russian aggression from the Crimea (see “NVO” from 11.08.17 “Way to Nowhere”). For some reason, the aggression does not start at all, and the corps is already suffering very serious losses. Hospitals of settlements in the south of the Kherson region are crammed with professionals who, having come to serve "by vocation," because of the mass drunkenness, so successfully destroy themselves and each other, that any aggressor will envy. And this is no anomaly, on the contrary, the professional army should be like this.

Recently released in the US, the manual on the war with Russia - “Russian new generation warfare handbook” on the Russian Internet has already been ridiculed, and on the whole deserved. For example, did you know that almost all modern means of ground defense and electronic warfare of the RF Armed Forces are located in Kaliningrad, in Ukraine and in Syria? This is written in earnest, this is now the level of American military analysts. In fact, this degree of inadequacy even scares a little. But about themselves the authors of this work know much more than about us. And they write a certain amount of "lack of truth". First of all, that the US Armed Forces have simply forgotten how to fight a serious adversary, they have neither the practical experience of such a war, nor the psychological readiness for it. Here is one of the passages to this account:

“The current opinion that“ if it is necessary for the head, then it is ours, ”is potentially destructive for the American forces. Worse, enemy EW can interfere with the actions of our UAVs. In this case, the American forces may assume that all air assets belong to the enemy, and respond accordingly before the “friend – foe” system works. The process of responding to enemy UAVs must be worked out in advance, like any other task. When the enemy UAV is overhead, it’s too late to explain the course of action. ”

A short explanation to this wonderful paragraph. American soldiers have long known that any aircraft above their heads is their own. If this suddenly turns out to be wrong, and the enemy also uses electronic warfare, then soldiers can even really shoot their drones with fear. Moreover, in this paragraph we are talking only about the possible use by the Armed Forces of the Russian Federation of unarmed reconnaissance tactical UAVs, and nothing more! Because the entire American masterpiece is written on the basis of a completely surprising assumption that the manned combat Aviation Russia will not apply at all. Why - ask the authors. And this is written about the American army, whose level of both technical equipment and combat and moral-psychological training is an order of magnitude higher than in the European armies. “If the cream is bad, then what is milk?”

MONEY DOES NOT DIE

The basis of this situation is precisely that the American army (and almost all European) are professional. As mentioned above, professionals will not die for any money (and just serve in peacetime - only for very big money), except for moments of strong patriotic recovery (as after the events of 11 of September of 2001), which can only be very short-term. That is, a professional army will fight only if the losses do not exceed the level of statistical error. This is achieved only in the case of absolute superiority over the enemy, both quantitative and qualitative. Absolute qualitative technical superiority is extremely expensive, which is in contradiction with the achievement of more and quantitative superiority in conjunction with very high costs for the maintenance of personnel. As a result, a vicious circle arises: by spending more and more money, Western armies can fight with increasingly weaker opponents. This also applies to the US Armed Forces, for which you have to write such amazing manuals, there is nothing to say about the Europeans.

It must be emphasized that all Western military victories over the past three decades (two Iraqis, Yugoslavia, Libya) were achieved not due to the professionalism of the personnel, but precisely due to the overwhelming technological and quantitative superiority over the enemy’s armed forces (especially in the air) and, no less It is important, due to the same absolute economic superiority - when you can afford the cost of the war no less than the damage inflicted on the enemy. But the fact of the matter is that it will not be possible to win such victories over some countries, and Western professionals will no longer be able to fight differently, even the Americans, not to mention Europeans.

However, the West has no way out of this impasse, since it arose from the state of societies as a whole. Germany until recently held the call, but was forced to cancel it in 2010, because it lost its meaning: more than half of the draftees chose the alternative service (therefore, canceling the call upset social agencies more than the leadership of the Bundeswehr).

In Russia, the alternative service, fortunately, chooses less than 1% recruits. I would like to hope that we will never reach the German state. For Russia to remain Russia, and its army as an army, there can be no question of canceling the draft. One-year term of service in conscription in peacetime must be entered in Art. 59 Constitution of the Russian Federation.

Of course, any recruiting army is in fact mixed, but the contractor must first serve a fixed year of conscription. And it is very desirable that only those who served a conscription year and not less than two years under the contract could become an officer. Evasion of conscription should not be punished in a criminal procedure, but with a defeat of rights, which should also be written in the Constitution. More about this was discussed in the article "Long disputes - empty cases" ("NVO", 28.06.13).

Ctrl Enter
Noticed a mistake Highlight text and press. Ctrl + Enter
We are
About Stalin and KhrushchevWhat you didn't want to know about England
125 comments
Information
Dear reader, to leave comments on the publication, you must to register.