It was noted that during the training all the components of the strategic nuclear forces were involved: land, sea (underwater), and aviation.

From the report:
In the course of the training, practical actions were worked out for the combat crews of the command posts of the Strategic Missile Forces, the crews of nuclear missile submarines of the Northern and Pacific fleets, strategic bomber carriers and long-range bombers of the VKS. 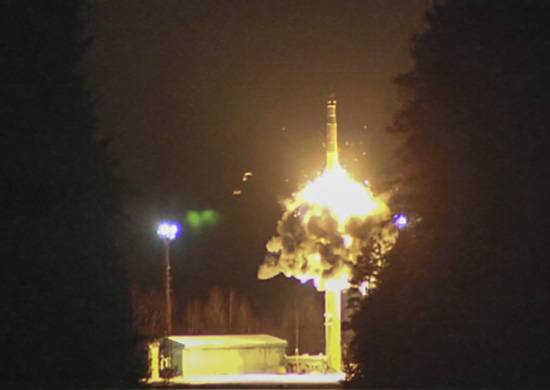 In particular, Tu-160, Tu-95MS and Tu-22М3 aircraft were involved. They struck cruise missiles at conventional targets at three ranges. A missile launch from a nuclear submarine was carried out on a target at the Kura (Kamchatka) test site from the Barents Sea. From the Plesetsk cosmodrome, the Topol ICBM was also launched on a target at the Kura test site. A nuclear submarine, the Pacific Fleet, launched a salvo strike on the Chizha test site (Arkhangelsk Region) with a two-ballistic missile.

From the statement of the department:
The tasks of the training are completed in full, all training objectives are successfully hit.

Ctrl Enter
Noticed oshЫbku Highlight text and press. Ctrl + Enter
We are
The action “Military service under the contract is your choice!” In Rostov-on-Don: future contract servicemen, exhibitions and “Russian Knights”
21 comment
Information
Dear reader, to leave comments on the publication, you must to register.