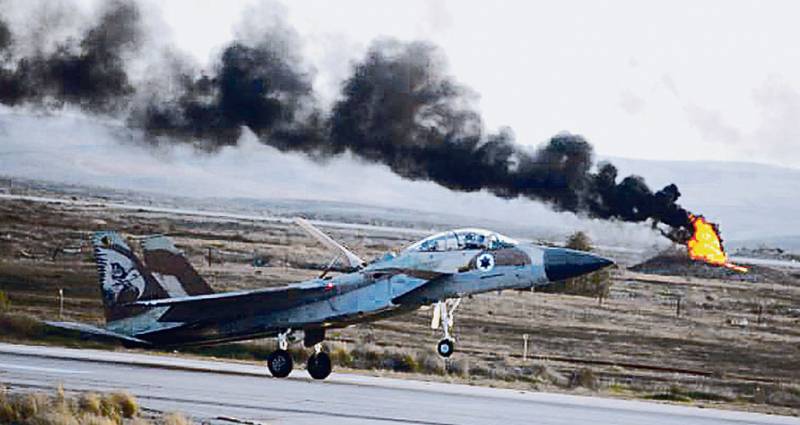 The results of the strike of the Israeli air force on the positions of the Syrian air defense not made public. Officially, the goal was the position of the C-200 anti-aircraft missile systems, located in the suburbs of Damascus.

In recent months, the Israelis attacked Syrian territory several times. But after the events of March of this year, when the Israeli Air Force fired on Syrian air defense, they carefully avoided the Damascus area. This is due to several reasons. The first is the concentration of modern air defense systems. The second is the presence of the Russian military in the Damascus area. Third, Israel declared that its attacks were aimed at combating chemical weapons Asad.

The actual target was the command posts and commanders of Hezbollah, which were located mainly in the Homs area. But this time, Israel has worked on positions in the Damascus area. Since the talks between Moscow and Jerusalem on the Syrian issue were not entirely successful, some experts and journalists were quick to announce the change of strategy by Benjamin Netanyahu. They say that Israel is going on a conscious aggravation of relations with the Arab Republic and even with Russia.

But what is the reason for this change? Has Israel really taken a tough stance or is it a different goal?

The blow was struck on October 16, and the first reports of the incident did not come from Damascus - the official statement was made by representatives of the Israeli armed forces. At the same time, the press service of the military department indicated that the target was the position of the C-200 anti-aircraft missile battery. Earlier, it was this anti-aircraft unit that allegedly fired at an Israeli Air Force plane that was carrying out a reconnaissance flight in the sky of Lebanon.

The press service of the Ministry of Defense stressed that the Russian side was notified in advance in "real time". It is noteworthy that the Syrian reaction this time was very restrained. Representatives of the Ministry of Foreign Affairs of the SAR limited to standard statements about another provocation. A little later, colleagues of diplomats from the military department just as resolutely promised retaliatory measures. It is noteworthy that in March the events took place exactly the opposite: the Syrian side was the first to report about the raid and its decisive reflection, and only some time later, when it was impossible to deny the fall of debris from the sky and traces of the launch of the antimissile missile, Jerusalem made a moderate statement.

Blow immediately overgrown with information "leaks." In particular, it was claimed that Israel for the first time used the latest fifth-generation fighter F-35. And, of course, Russian air defense systems proved helpless against a unique American product.

Although in reality the strike was organized quite simply. Several Israeli fighters, allegedly F-15I or F-16I Sufa fired cruise missiles from Lebanese airspace. According to another version, GPS-adjustable guided bombs became the main weapon. 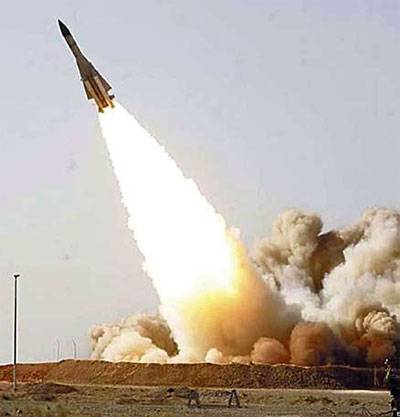 If the air part of the Israeli operation is more or less clear, then there is no clear picture for the purpose of air strikes. So far, none of the parties has submitted a video of the destruction of the position of the C-200 battery. The most modern air defense systems of Syria - Buk-M2E and Pantsir-S1 are deployed in the Damascus area. Why these complexes did not cope with cruise missiles? After all, Israel has previously tested the anti-aircraft shield of the capital of Syria and the blow did not reach the goal.
It can be assumed that if adjustable bombs are used, Buki would not cope with such objects. But such goals are regular for anti-aircraft missile-gun "Pantsirey." And in Syria, the Russian ZRPK proved this well. According to the "MIC", the local military is now actively using the experience of the Air and Space Forces of Russia. The “armor” of Syria’s air defense covers the positions of “Bukov” and, possibly, long-range C-200.

Of course, the destruction of the positions of air defense weapons can be attributed to the poor training of the Arab military. And also on the thorough preparation of the Israeli Air Force strike. Therefore, the "armor" and were helpless. But there is another option. The object of the airstrike were not air defense positions, and the Syrian anti-aircraft gunners simply did not cover the attacked target.

Several facts speak in favor of this version. A few days after the air strike, Arab media reported that the target of the raid was a certain object controlled by the Hezbollah movement. This is evidenced by the fact that both sides are in no hurry to publish photos of the destroyed object.

Therefore, the Israelis, it is likely, covered something in the presence of which on their territory the Syrians did not want to confess. Therefore, the victim Damascus initially preferred to remain silent. But after a while he supported the game and announced the destruction of air defense positions. Perhaps this change occurred with the knowledge of Moscow.

Exhibits from the "shell"

Remarkable pretext for air strikes. Allegedly, a few days before the Syrian C-200 fired at an Israeli reconnaissance aircraft in the sky of Lebanon. Since the beginning of the conflict, this country, which has no air defense systems and radars, has become a convenient platform for the Israeli Air Force. Back in 2014, whole air operations were taking place in the Lebanese sky: Israeli reconnaissance aircraft monitored the situation in Syria and searched for targets, fighter-bombers and tankers were also on duty there. Even early-warning radar aircraft flew into the sky of Lebanon. But Damascus did not violate the airspace of a neighboring country, the air defense never opened fire.

But now the situation is seriously changing, which is largely facilitated by the Russian military. In particular, an exposition from Syria was presented at the Army-2017 forum, one of the exhibits of which was a booth with examples of the combat work of the Pantsir combat missile system. On account of these complexes are not only self-made terrorist missiles, but also unmanned aerial vehicles, mostly Israeli, and destroyed only this year. The models of the Heron family, released by the Israeli IAI, as well as the American RQ-21, got into the lists of downed UAVs. And these are only the cases that the Ministry of Defense considered possible to make public.

What is happening in Syrian airspace now remains largely unknown to the general public. But with confidence we can say that Russia has taken a tough stance and knocks down objects there that it considers a threat.

Not long ago, the Ministry of Defense of the Russian Federation preferred to avoid provocations and followed the path of preventing conflicts. But everything changed the March airstrike of the Israeli Air Force. Although last year Jerusalem did not bother to explain its air attacks - what happened was given as a given, since Israel has the right to self-defense and status.

During the summer and spring, the Israeli Air Force launched several air strikes, in which targets were chosen so as to ensure that they would avoid casualties among the Russian military. Moreover, each time Jerusalem immediately made an official statement about the incident. And his speakers began to call the reasons for the strikes: they say, they worked on the objects where Syrian chemical weapons were stored and produced.
True, this time Jerusalem chose to declare that the blow was delivered in self-defense. But be that as it may, the reason for this behavior of the Netanyahu government is understandable. Israelis are seriously afraid of responsibility, as well as the obvious response of the Russian Aerospace Forces. Against the background of daring political rhetoric that sounded earlier, the current press conferences and statements about chemical weapons and self-defense look very pitiful.

But Israel can not bomb Syria. The hope of a significant weakening of Hezbollah in the Syrian conflict did not materialize. Moreover, the organization has gained strength, gained combat experience. And it also has a serious arsenal captured from the “moderate opposition”, as well as the militants banned in Russia by al-Nusra and the IS. And all this stuff gradually returns to Lebanon.

Jerusalem cannot allow such a development. But bombing with impunity, as a couple of years ago, does not dare. In March, the Israelis violated the agreement with Moscow. A strike at targets in the T-2 airbase area has put the lives of the Russian military at risk. Now we have to carefully choose our goals, act with certainty and avoid conflicts with Russia at any cost.

So the strike being taken does not mean a change in Israel’s strategy in Syria or an intentional confrontation with Damascus and Moscow. Rather, this is another attempt to weaken Hezbollah. The blow dealt with a big eye on Russia's response, but also in an attempt to keep the line on resolving its own security issues.

Ctrl Enter
Noticed a mistake Highlight text and press. Ctrl + Enter
We are
A great interview with Sergey Lavrov: about Ukraine, Obama and IranWhat you didn't want to know about England
57 comments
Information
Dear reader, to leave comments on the publication, you must to register.