October 22 2017
20
This is stated in the report that the head of the military department sent to Congress. Mattis proposes to get rid of excess infrastructure and redistribute budget funds to spend them more efficiently. However, according to experts, the Office will not be easy to convince congressmen of the feasibility of such a measure. 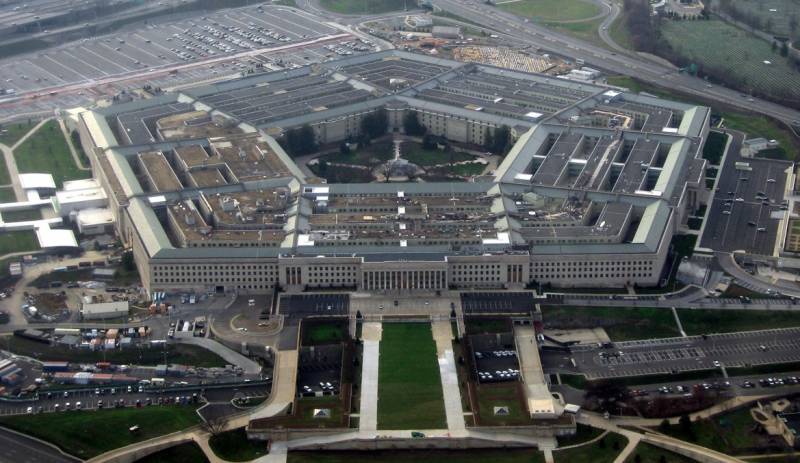 As stated in the report that the United States Secretary of Defense sent to the Armed Forces Committee of the lower house of Congress, 19% of all US military installations are superfluous. In some branches of the army — air force and air force — these figures are even higher. 29% of the army infrastructure and 28% of everything that is owned by the Air Force are useless in terms of increasing the country's defense capability.

"I have to get the opportunity to get rid of excess infrastructure in order to reallocate resources in order to increase combat readiness and modernization," says the US Secretary of Defense.

According to him, spending on unnecessary infrastructure reduces the combat capability of the armed forces, since this money could be spent on really necessary things. As follows from the letter, quoted by the American media, referring to Democrat Adam Smith, a member of the committee on armed forces, Mattis said the closure of military bases under the “reorganization and closure” program of BRAC (Base Realignment and Closure), effective from the year 1990. But to start using it again, according to US law, the Pentagon needs congressional permission.

“After the last BRAC round, we developed new methods of warfare, new technologies, and expanded training requirements for fighters, which require us to determine our domestic military infrastructure from a military point of view,” wrote Mattis in a letter to congressmen dated 6 October 2017

Now he asks congressmen to launch the next BRAC round, during which an assessment of the effectiveness of all army facilities would be carried out. The fact is that the estimates in the Mattis report are based on the needs of the US 2012 of the year and can be adjusted. One thing remains unchanged, Mattis stressed, - his desire to get rid of unnecessary expenses.

According to the 2015 data of the year, the US Department of Defense had more than 5000 military facilities around the world.

Experts called reasonable the desire of the leadership of the US armed forces to abandon the operation of unnecessary infrastructure. Corresponding Member of the Academy of Military Sciences of Russia, military expert Alexander Bartosh, commenting on the RT Pentagon’s desire to cut unnecessary expenses, noted that many US military facilities are very outdated.

“Some of their structures were built before World War II, and some immediately after. The fact that an inventory of objects is carried out is the usual system of actions of any state. Americans are now trying to save money on new projects, new weapons, and one of the ways is a possible rejection of the use of unnecessary facilities, ”he said.

According to the professor of the National Research University Higher School of Economics, the Americanist Alexander Domrin, Mattis’s initiative is largely due to the inefficiency of budget spending.

“Here, both corruption and ordinary waste, at the Pentagon do not know where the money goes,” the expert said in an interview with RT.

The last BRAC round took place in the 2005 year, but the effects of cost reductions are only now apparent, notes Washington Examiner. In total, according to The Daily Caller, the last five stages of the program allow the US Department of Defense to save $ 1 billion annually.

However, the last 10 years of the Pentagon’s attempts to launch a new phase of cuts have met with opposition from congressmen. Lawmakers, in particular, have expressed concern that ordinary Americans working at bases will be at risk. In addition, the elimination of bases in the medium term may require more funds than their maintenance. In particular, this position is voiced by the long-term chairman of the House of Representatives Committee on Armed Forces, Mac Thornberry.

In the White House proposals for May 2017 on the US military budget, it was proposed to launch a new BRAC round in 2021 to save money, but until the congress reached a definite opinion on the future of this program.

Versions of the military budget for the 2018 year, adopted by the US Senate and the House of Representatives, differ in some particulars (for example, the Senate proposes to spend $ 700 billion on defense, and the House of Representatives - $ 696 billion), and both chambers have a difficult process of coordination, but common to of both versions of the military budget, one thing remains: Congress increases military spending compared with the amounts that the White House originally requested. About the program BRAC speech is not yet. That is, the costs increase, but they prefer not to think about measures of economy.

It is the US Congress, according to the BRAC legislation, that must decide which bases to close. Naturally, each congressman defends the interests of his state, and they are to save jobs, that is, not to close bases in the United States.

This is partly due to the fact that the congressmen and senators this time turned out to be more militant than the Pentagon and significantly increased military spending compared to requests from the Ministry of Defense and the White House.

“Members of the Congress always propose amendments to the budget, increasing spending on armaments, ships and aircraft that the Ministry of Defense does not require. It is no coincidence that all these wasteful and unnecessary huge expenses go to the states of these same congressmen, ”says Ivan Iland, director of the Center for Peace and Freedom, in his article for the Huffington Post.

According to the Americanist Alexander Domrin, here we can confidently talk about lobbying.

However, according to Domrin, spending that can afford at the Pentagon, will be significantly lower than the voiced figures.

The increase in military spending and the largest defense budget in the world do not save the US armed forces from numerous problems. As stated last year by the Deputy Chief of Staff of the US Army, General Daniel Ellin, the United States is inferior to its opponents in terms of firepower and range of weapons. And these weapons themselves are outdated. Technical modernization and renewal of the elements of the nuclear triad are the main ideas of Trump’s new defense policy, which is spelled out in the new budget. The main question is where to find all this money.

The current increase in the budget for the army is due to a reduction in social spending. That is why the Pentagon and Trump propose to reduce unnecessary bases. On their way there is a congress, not wishing to run BRAC. However, besides bases protected by law in the United States, there are also bases abroad, the closure procedure of which provides for informing the congress, but is generally less problematic from the point of view of legislation.

“In order to save even more money, the United States must close some bases abroad and disband military units located in these bases,” says Ivan Iland. “We need to reduce bases and forces abroad so that the forces that remain at home have sufficient funds for operations.”

According to David Wine, a professor at the American University in Washington, the United States has more than 800 military bases abroad, which annually spend about $ 150 billion. However, the US Department of Defense report for 2015 a year reports on US 587 bases abroad, 114 bases on US-dependent territories and 4154 bases inside the United States themselves.

The annual spending on a network of military bases around the world is almost three times the additional $ 54 billion that Donald Trump requested for the Pentagon in 2017. That is how he originally planned to increase the military budget. Reducing these costs, as noted by CNBS columnist Jack Novak, will help free up funds for new weapons.

“President Trump’s clear preferences in favor of advanced defense systems, fighter squadrons and warships should make it easier for him to take decisions to reduce the bases,” Novak said.

During his election campaign, Donald Trump called for limits on spending on US military facilities abroad.

“Trump went to the polls under the slogan for which American society chose him:“ Let's do our own business, in America, problems are above the roof, ”notes Domrin. “Ordinary Americans are not interested in all these bases abroad; they are more concerned that economic trends now are such that each new generation will live worse than the previous one.”

However, after coming to power, Trump did not call for the reduction of US military bases abroad. On the contrary, during the 10 months after the inauguration of the new president, the United States increased its presence in Eastern Europe, deployed the THAAD installations in South Korea and opened the first military base in Israel.

According to experts, the administration is still afraid to touch on the issue of reducing bases abroad, as this will cause sharp criticism of hawks in Congress, although the US is developing a system of rapid global strikes, which in principle should be autonomous from the network of bases.

“I do not think that they will go to a significant reduction in military bases abroad, especially in Europe,” Bartosh believes. - Now there is a completely different trend: the buildup of forces and means. Perhaps in some other regions where US interests do not require the maintenance of large military facilities, the maintenance of large contingents there, aviation, fleet, reductions will be made. ”

Ctrl Enter
Noticed a mistake Highlight text and press. Ctrl + Enter
We are
"Points" over ÜPR General
20 comments
Information
Dear reader, to leave comments on the publication, you must to register.