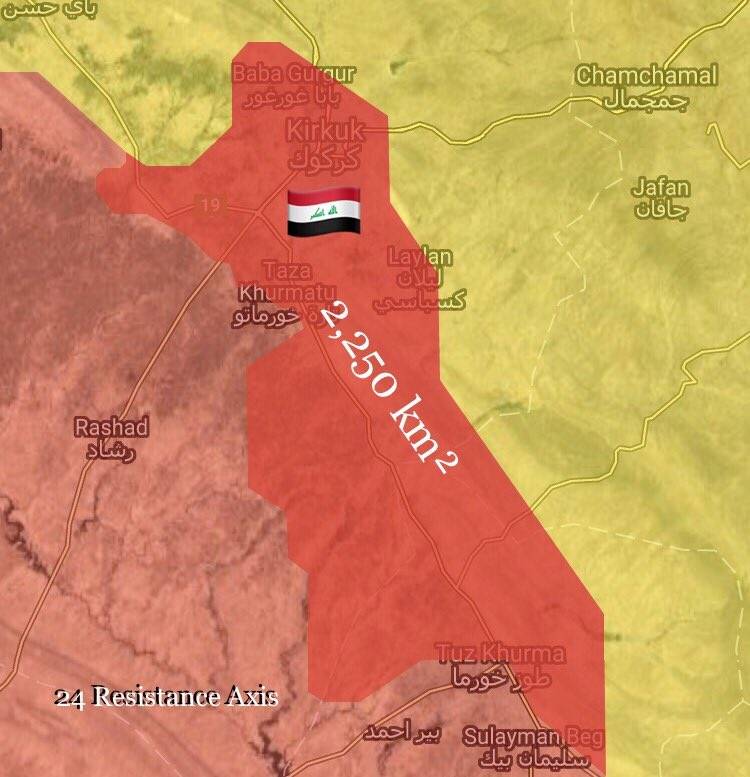 Promotion of the Iraqi army and Shiite militia "Hashd al-Shaabi" during the operation to return Kirkuk under the control of Baghdad (source: https://pbs.twimg.com/media/DMSFLLxWkAgbNpB.jpg)

The surrender of Kirkuk to Iraqi troops, which occurred as a result of the withdrawal from the battlefield of the armed forces of the Patriotic Union of Kurdistan (PUK), radically changed the balance of forces in Iraqi Kurdistan. Thus, the stabilization of the region as a whole remains in question even after the capture of Raqqah - i.e. the actual end of the war against ISIL and the defeat of this organization (which is banned in Russia). Our country, which has its own interests in the region (as the military operation of our VKS in Syria showed to the whole world), is interested in the speedy restoration of peace in the Middle East. In this regard, Kurdish separatism can be considered as a new factor in the destabilization of the region - in the situation of the absence of ways and mechanisms for a political resolution of the contradictions of the interests of all subjects.

As it became known from the document published by the member of the Gorran party of Iraqi Kurdistan, the outcome of the “battle” turned out to be predetermined by separate talks held the day before between official representatives of the Shiite organization Hashd al-Shaabi and the PUK. Their leader, Hadi Ameri, from the PUK - Pavel Talabani, the son of the recently deceased leader of this Kurdish party, Jalal Talabani, became the signatory for the Iraqi Shiite militia. 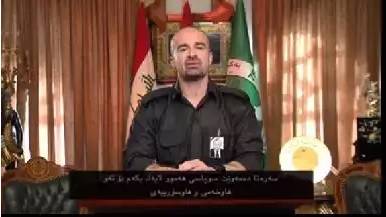 Even earlier, it became known that Major General Kasem Suleymani, the well-known in the Middle East, the head of the special unit of the Islamic Revolutionary Guard Corps, arrived in Iraq (as “military adviser to Shiite militia”) to “mediate in the negotiations on territorial accessories Kirkuk. It is possible that during his mission he will also establish contacts with the Turkomans, whose communities traditionally represent the conductors of Turkish interests, not only in northern Iraq, but also in Syria. This assumption can be arrived at, given that the main occupation of Kasem Suleymani before the start of the war with ISIL and supporting the Syrian leadership "on the ground" was the establishment of ties between the leadership of the Islamic Republic of Iran and the Shiite communities of Iraq and Lebanon to create a so-called "Shiite arc" - a kind of "Shiite International", representing a potential threat to the United States as the main enemy of Iran (as well as for the key regional allies of America - Saudi Arabia and Israel). 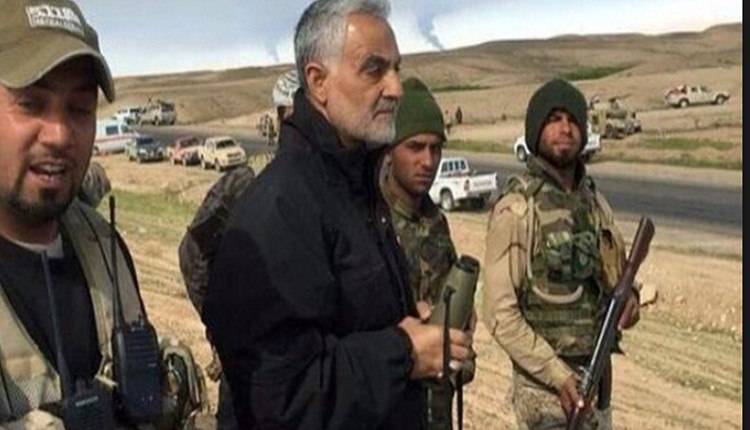 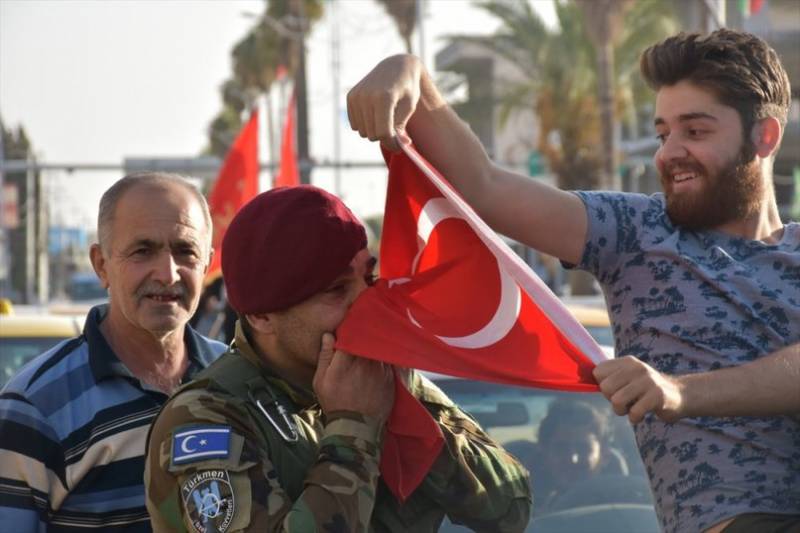 According to the nine points of the PSK Peshmerga separate agreement (the so-called “Talabanists”) undertake to return all disputed territories, and also to transfer to the Baghdad government all the oil-producing and oil-refining industry of Kirkuk (“strategic objects”), all oil fields, and airport and military base. Baghdad, in turn, undertakes to pay salaries to the Peshmerge Talabani and the officials of Kirkuk and Sulaymaniyah (Talaban stronghold). This treaty means that the leadership of the PUK de facto rejects the already proclaimed independence of Iraqi Kurdistan, which was originally, to a large extent, an initiative of a different Kurdish clan - Barzani, politically designed in the form of the Kurdistan Democratic Party (KDP). It is currently headed by Masud Barzani, who is also the President of Iraqi Kurdistan until 1 in November of this year (despite the fact that he has already promised not to run for the next election). Thus, “blocking” with the Baghdad government, the Talabani clan strengthens its own position, claiming to redistribute the rent from the extraction of natural resources, but within the framework of a unified Iraq, and not as representatives of an independent state. In other words, in the case of the preservation of these trends, we can very soon become witnesses of the parallel existence of two "Iraqi Kurdistan". The first “Talabanist” will exist within Iraq, being more or less loyal to Baghdad (and, therefore, to Tehran). The second, “barzanist” will defend its independence, including with weapons in hands: insofar as it will be possible and necessary - by analogy with how their Turkish brothers from the Kurdistan Workers' Party (PKK) in the territory of Turkey do it, where the Kurmanji was persecuted for a long time and the PKK itself was (and remains) banned being equated to a terrorist organization.

As the fall of Kirkuk showed, the interests and ambitions of key Kurdish clans are so incompatible that no cooperation on the basis of joint opposition to Iraqis and Shiites is possible. Moreover, it is necessary to note the difference between these clans including in the ideological, “ideological” aspect, namely, belonging to different Sufi tarikats, Islamic religious orders (Barzani-nakshbandi, Talabani-Kadiri), which is also important in the context of the ethnic and cultural specifics of the Middle East region. All these factors, of course, leave their imprint on the relations of clans among themselves, prevailing, ultimately, over any considerations of “all-Kurdish solidarity”.

In this situation, when, as a result of the referendum, the entire system of relations in the region has lost its balance, a variety of scenarios of further developments are possible. Voices of skeptics are already heard, claiming that now the Iraqi army is targeting Erbil (the stronghold of the Barzani clan) and will not stop until it takes it by storm like Kirkuk. In any case, at the moment Iraqi media are spreading just such an agenda; At the same time, yesterday, government forces began to move east towards Erbil. According to Ezidi Press, the Yezidi city of Shangal was also surrendered by the Peshmerga without a fight (however, the sympathies of the Yezidis themselves, as far as can be judged, were on the side of the Iraqis who came). At the same time, however, it is necessary to realize that this may turn out to be nothing more than a tactical ploy with not so much a military as political goal setting; designed to scare Barzani and cool the ardor of his supporters, forcing him to start playing by the rules of the Baghdad government under the pretext of preventing senseless bloodshed. 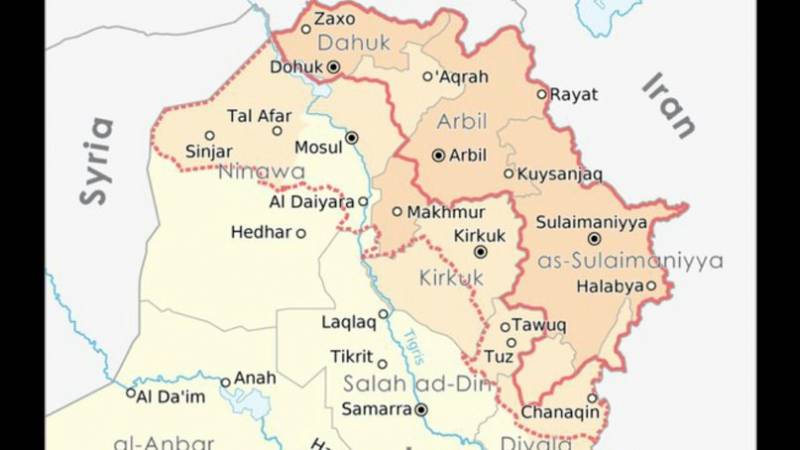 
From an “applied” point of view, a more realistic scenario seems to be when Iraqis and Turks coordinate their efforts aimed at limiting the weakening of the forces of the Kurds and, above all, their separation (achieved by blocking roads and passages). In particular, the current military operation of the Turkish armed forces in the north-west of Syria in the vicinity of the city of Idlib is intended for this very purpose. If these anti-Kurdish forces succeed in uniting their efforts, then both the PKK and the KDP will find themselves in an extremely vulnerable position when all the regional powers unite against them - and along with them the “silent majority” of the world community. However, even in this case, the sudden intervention of the Americans cannot be ruled out if they consider the Kurds to be useless from the point of view of their national interests in making decisions about the post-war structure of Syria (and possibly Iraq), and with them the updated regional security system generally. So, in particular, the United States for quite a long time supported the Syrian Kurds (represented by the Democratic Union), while Turkey strongly opposed this cooperation, but could not prevent it from doing so.

Thus, from a tactical point of view, the situation in the region unfolds not in favor of the Kurds. From this, in turn, it is possible to draw a "strategic" conclusion, according to which the actual failure of their project to build an independent state occurred. It is impossible, of course, to discount the exceptionally complex foreign policy situation. However, the factor of internal disunity should also not be diminished. It cannot be ruled out that the combined forces of the KDP Peshmerga and PSC would be able to keep Kirkuk - or, at least, hold back the Iraqi forces and continue to coordinate their attacks in a coordinated manner already within their autonomy (if the Iraqis still had the desire and strength to invade it). Now the Kurds (this is primarily about the KDP) will be in the minority even at home ... As for the PUK, having won tactically, strategically, they have narrowed the range of their further moves, because of their perfidious policies now alone among all Kurdish groups. This, in turn, means that it will now be easier for the same Iraqi government to knock down their “bargaining position” in any negotiations and simply suppress it if necessary, including physically. 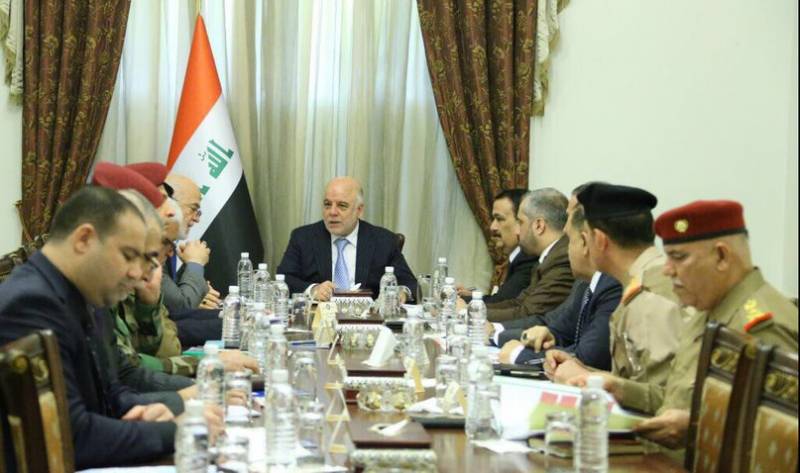 
However, in this sense, the Kurds as a people are victims of that actually feudal, patrimonial system of social relations that they still have not been able to (or perhaps did not want) to get rid of. That is why their ideas about gaining "common Kurdish independence" remain a utopia, breaking up into narrow clan interests, the idea that the interests of their clan are of greater value than all Kurds combined (as a kind of "nation-wide unity"). This is understandable in the sense that the Kurdish nation in the strictly scientific sense of the word does not exist, because Nations arise only where, over a rather long period of time, capitalist relations are reproduced that destroy the previous, feudal system with the characteristic isolation of each individual social unit — the community. Apparently, it is for this reason that various kinds of social experiments in the spirit of communal socialism are currently being implemented in Rojava - Syrian Kurdistan (which, perhaps, very soon will be threatened by direct Turkish-Iraqi intervention). In turn, the reason for the lack of a political platform capable of reconciling the interests of all the political forces existing in Iraqi Kurdistan lies in the fact that the economic ties of the Barzani and Talabani clans connect them more closely with Turkey and Iran, rather than with each other - which, in turn, , determines the foreign policy (more precisely, foreign policy) that the Kurds (their various elite groups) pursue - primarily in relation to each other. It is for this reason that the idea of ​​a single Kurdistan will most likely remain on paper. Anyway, in the present historical There are no objective prerequisites for its occurrence.

As for our interests, they consist in stabilizing the situation in the region - and as soon as the Kurds themselves are not able to create any viable alternative to their present position, it is necessary to fully support the status quo that existed in the Middle East before the Arab spring It is another matter that the Kurds can provide us with significant assistance during the upcoming talks with the United States, Turkey and Iran on the post-war structure of Syria, therefore, we should not ignore their ideas about their own interests.

In addition, in connection with the capture of Kirkuk by the Baghdad government army, it should be noted that our state-owned transnational corporation Rosneft is now in an ambiguous position, because it has already concluded an agreement with the autonomous government of Iraqi Kurdistan on the purchase of oil going through the oil pipeline from Kirkuk to Turkey however, an agreement was reached to bypass official Baghdad (as well as an agreement to manage this oil pipeline by Rosneft). Thus, it can now be argued with a certain degree of confidence that the implementation of the planned gas pipeline to Turkey (and further to Europe) will be coordinated with the Baghdad leadership. Although, who knows - perhaps, without the mediation of the Kurds in the person of the clan Talabani, this will not be enough.

Ctrl Enter
Noticed oshЫbku Highlight text and press. Ctrl + Enter
We are
Shiite Iran and Sunni Turkey in the struggle for MosulHas Russia received a chance and a time for former greatness?
24 comments
Information
Dear reader, to leave comments on the publication, you must to register.