How to win the "war" in Ukraine: studying the Chechen experience 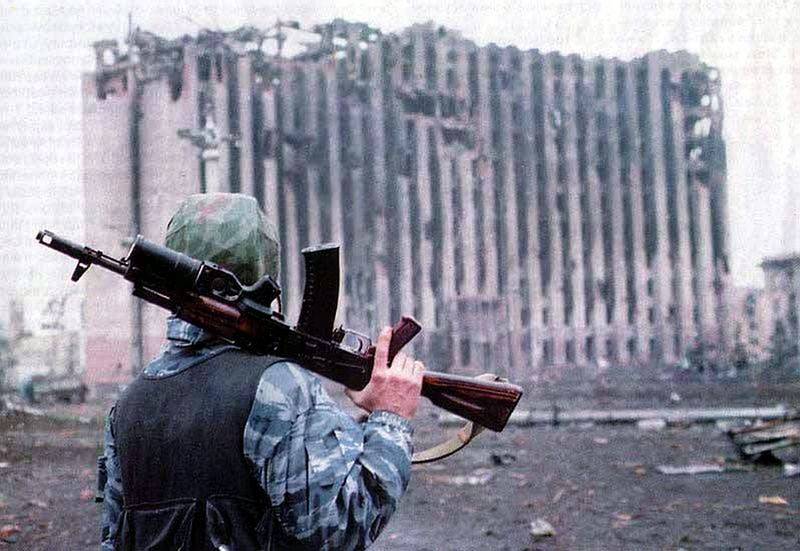 Twenty years ago, those who fanned the war in Chechnya could not even conceive that the Chechen Republic would be the pride of Russia, and the special forces of Chechnya would fight in Syria.

Today, one of the most painful places in Russia is Ukraine. As in Chechnya 20 years ago, there is a war, and now it seems to many that it will be like this forever. Ukraine: what to do with it next? What will it be? How to get out of the Ukrainian crisis with the least losses? How to find answers to all these questions? And you just need to refer to the recent experience of Russia and remember that Chechnya special forces are fighting today in Syria.

How was the "Chechen problem" solved?

The first and second Chechen wars did not pass without a trace for Russia. Tens of thousands of dead, destroyed cities and villages, hundreds of thousands of displaced persons: all this was the result of a physical confrontation. But the most terrible outcome of the war was an atmosphere of fear, mistrust and bitterness between the inhabitants of Chechnya and Russia. And it put pressure on society more than any material and human losses. How to destroy this explosive atmosphere, how to make the brain listen to the voice of the mind, not emotions?

On the one hand, the Russian government tried to completely switch the life of the republic from war to peaceful work. It cost the budget of the Russian Federation colossal funds, but still it was much cheaper than the war.

In 2017, subsidies amounted to 40,4 billion rubles, in 2016 year - 41 billion rubles. And nine years before that, from 2007 to 2015, Chechnya received from the federal budget in the form of subsidies, subventions and subsidies 539 billion much more powerful rubles, that is, an average of 60 billion rubles.

As we see, every year the subsidies from the state budget are required less and less.

Residents of Chechnya are gradually returning to peaceful life, and soon a whole generation of young people will grow up who do not know the horrors of that war. But that was only half the story. It was necessary to heal the moral wounds, to find something in common that unites the efforts of all people.

In 2012, the film “Wolf Trail in stories Of Russia. " This is a film about Chechens and Russians. Just about the fact that they are not separated, but united.

I have paid attention to the fact that the main thing weapon our common enemies, pushing us to wars with each other, is the search for division lines between nations, and therefore, our main weapon against this is the search for ways of rapprochement. And films like the Wolf Trail should be made not by the piece, but become a system supported by the state.

It is very important that representatives of the Chechen elite (for example, one of the authors of the idea of ​​the film Apti Tevsiev - Honored Coach of Russia in athletics) actively contributed to the creation of this film along with the Russians (the film’s producer, Alexander Makeev is the general director of the Airborne Forces Combat Brotherhood). . They were able to understand the essence of the problem and suggested ways to solve it, which, as events showed, was correct.

For example, the Crimean-Tatar problem in the Crimea without Chechens would be much more difficult to solve. This is the author of the lines repeatedly confirmed the Crimean law enforcement.

On the example of the Crimea and Syria, we can already see how common interests and values ​​turned out to be above the old grievances. And now we will pay attention to Ukraine.

Today we see how, according to the same “Chechen scenario”, puppeteers set off two fraternal peoples (which many residents of both countries still consider to be one). At the same time, our opponents are looking for any lines of division and misunderstanding between the residents of Ukraine and Russia and are doing everything to inflate them to the level of an unsolvable problem.

That is why I was very glad the emergence of the film "Crimea", in which for the first time maydanovtsy are shown by people, many of whom simply got lost in search of a way out. In the film, it is repeatedly emphasized that there are not just a lot in common between Russians-Crimeans-Ukrainians, and that we are all the same and we have common problems that are best solved together.

I very much hope that sooner or later, in the Russian-Ukrainian history there will be the same true patriots of their peoples, like Alexander Makeev and Apti Tevsiev, who will promote ideas that unite us to the masses. It is very important that such ideas come from two sides at once, and thus they themselves are an excellent example to follow.

This should be the end of the civil war that has been going on here for a quarter of a century. And then the time will come to build new plans, one for all, where everyone, Russian, Ukrainian, Chechen, Kazakh, Belarusian, etc. will see their personal and common goal for all at the same time. And this will be the basis of the new ideology that can unite our aspirations. This is not enough for us today.

And this is precisely what our enemies fear most.

Ctrl Enter
Noticed a mistake Highlight text and press. Ctrl + Enter
We are
Situational analysis of the death of the MH17 flight (Malaysian Boeing 777), made on the basis of engineering analysis from 15.08.2014Results of the week. "God forbid to see Russian revolt, senseless and merciless!"
181 comment
Information
Dear reader, to leave comments on the publication, you must to register.