Yarosh suggested using the Ukrainian diaspora for the collapse of Russia

October 16 2017
127
Verkhovna Rada deputy, leader of the Ukrainian Volunteer Army, formed on the basis of the Right Sector, an extremist organization banned in Russia *, Dmitry Yarosh said that the Ukrainian special services should contribute to the collapse of Russia using the Islamic factor and the Ukrainian diaspora, reports the Ukrainian publication Apostrof .


Yarosh expressed the opinion that the secret services of Ukraine should “pay very great attention” to attempts to destroy Russia.

There is not even necessary to carry out attacks and sabotage. You just need to rock the situation, using a bunch of factors. The same Muslim, Islamic factor, Chinese factor, Ukrainian diaspora
- noted Yarosh. 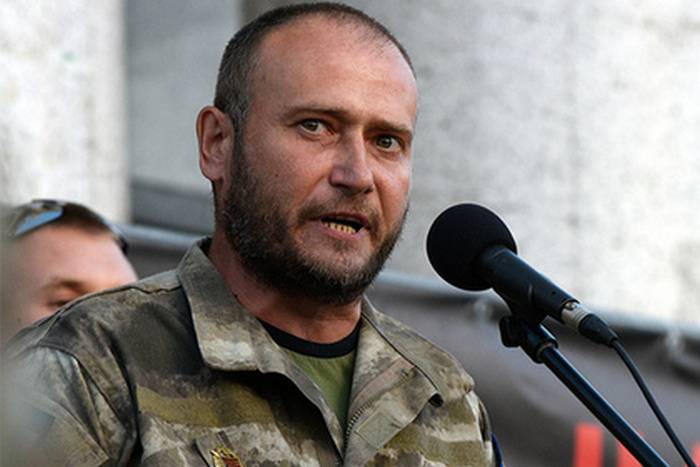 In his opinion, Ukrainian special services may create problems for Moscow.

This is where Ukrainian budget money should be thrown in — to our special services. To the Foreign Intelligence Service, to the GUR (Main Intelligence Directorate - approx.) The same, to the Security Service of Ukraine (Security Service of Ukraine - approx.). So that they work systematically on this. Russia would not have to deal with us, but with its internal problems.
- added Yarosh.

Also, the deputy of the Rada said that to capture the Crimea, the Ukrainian army will have to use Tanks and combat Aviation, transmits "Lenta.ru". According to Yarosh, an attempt at an armed seizure of the Crimea will inevitably run into opposition from the Russian armed forces, so the operation must be large-scale and swift.

Our tanks flooded at Perekop, the aircraft launched missile attacks on the base of the Black Sea fleet in Sevastopol and so on
- he noted.