October 13 2017
7
Operational tactical crews aviation Central District relocated to Kazakhstan to participate in the exercise of the peacekeeping forces of the CSTO countries "Indestructible Brotherhood-2017", reports RIA News message of the press service of the Central Military District. 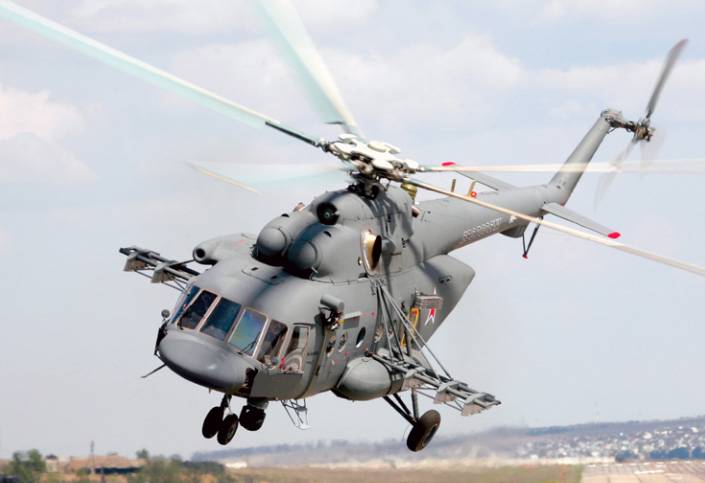 The part of the transport assault helicopters Mi-8 AMTSH Terminator flew to the airfield Zhetygen (Kazakhstan) from Novosibirsk, having covered a distance over 2,5 thousands of kilometers. The joint aviation group was also reinforced by a pair of Su-25 attack aircraft of the Russian Kant airbase deployed in Kyrgyzstan and a Su-24MR reconnaissance aircraft from Chelyabinsk,
says release.

It is reported that "the pilots will provide air support for the actions of the peacekeeping forces, the transportation of" wounded ", as well as the delivery of military goods and humanitarian aid."

In total, more than a thousand soldiers will take part in the exercise. Russia engaged in maneuvers around 400 military personnel of the mountain motorized rifle brigade from the Republic of Tyva and 80 units of equipment.

The event will take place from October 16 to October 20.

Ctrl Enter
Noticed a mistake Highlight text and press. Ctrl + Enter
We are
Exercise "The indestructible brotherhood-2012" is the beginning of the coordination of actions of national peacekeeping unitsMotorized rifle unit from Samara will take part in the international doctrine "The indestructible brotherhood-2012"
7 comments
Information
Dear reader, to leave comments on the publication, you must to register.