October 12 2017
72
According to the portal armyrecognition.com, as part of the AUSA 2017 exhibition in Washington, Heckler & Koch showed the M110A1 rifle.


M110 rifles manufactured by the American company Knight's Armament Company entered service with the US Army in 2008 year. Soldiers who used M110 under combat conditions complained about the poor accuracy, unreliability and fragility of M110 (after 500 shots, the accuracy of fire dropped sharply). Therefore, in 2014, the US Department of Defense announced a new tender for the purchase of compact .308 Win (7,62 × 51 NATO) caliber compact semi-automatic sniper rifles, which can be effectively used to shoot from distances to 1000 m, and will also be lighter and more compact than the M110. 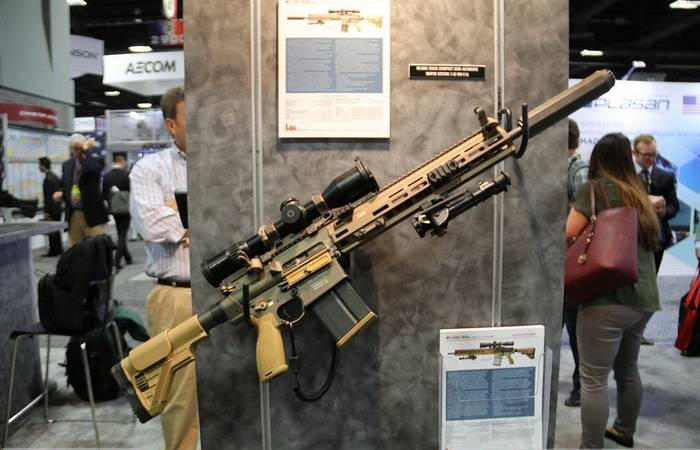 In April 2016, the US Department of Defense named the German company Heckler & Koch the winner of the CSASS tender. To replace the M110, the army adopted an upgraded version of the HK G28 rifle, designated M110A1. 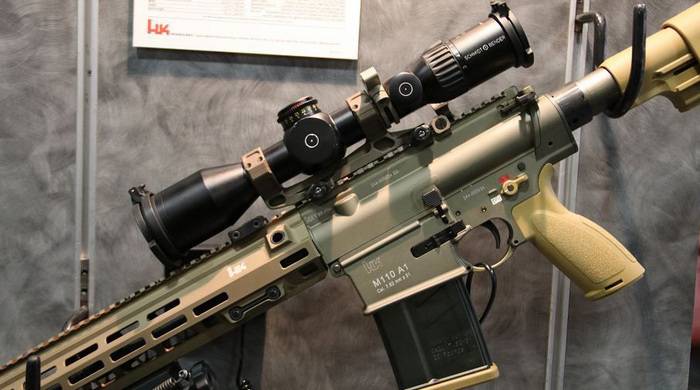 The Heckler & Koch G28 sniper rifle was developed by order of the Bundeswehr. The G28 employs a short-stroke, butterfly valve, gas-operated automation. The shooter can change the settings of the gas regulator, which makes it possible to effectively use the silencer. The G28 rifle is available in two versions: "standard" and "patrol", which differ from each other only in the basic set of accessories. The effective firing range is about 600 m at the chest target and about 800 m at the growth target. When firing a series of ten shots from a distance of 100 m, the maximum dispersion was 4,5 cm, which corresponds to 1,5 angular minutes.

Ctrl Enter
Noticed a mistake Highlight text and press. Ctrl + Enter
We are
A new sniper rifle, created in the framework of the ROC "Precision", is ready for serial production.Armament special forces. Overview of technology and products from a Western specialist (part of 2 from 2)
72 comments
Ad