October 13 2017
3
One of the unknown to the general public Kokkinaki brothers was Valentine. The youngest of six brothers. His fate, unfortunately, was no less tragic than the fate of Alexander, who died on July 3 of the year 1941.


Valentine was born on February 18 (March 3 in a new style) in 1916 in Novorossiysk. His childhood was like tracing paper from the childhood of his brothers. If Vladimir hadn’t called his brothers to heaven, Valentin would have become a factory worker, port loader or sailor, because Vladimir himself before aviation in his youth, he worked at the port, went to the sea as a young man, and later as a sailor on old coasters and fishing trawlers. 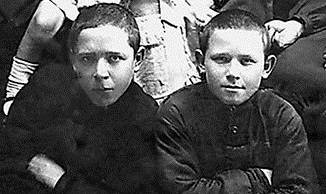 Young Kokkinaki brothers: Alexander and Valentine (from left to right)

In 1932, after the 7-year-old Soviet school, Valentin entered the factory apprenticeship school. Unlike his brother Alexander, who chose the profession of a mechanic with whom they studied in parallel, Valentine was going to become a turner. But after graduating from the trade school in 1934, Valentine worked in the profession for a short time. The stories of the brothers, Vladimir and Konstantin, about the sky and free flight had their due effect.

In 1936, Valentine begins service in the ranks of the Red Army. He had already firmly decided that he would follow in the footsteps of older brothers. In the same year he entered the Stalingrad School of Aviation and Aviation (military aviation school of pilots), which Konstantin graduated from before him. In 1938, he puts on the form of a junior lieutenant and goes to the Air Force combat units, while Kokkinaki’s name stands next to the screaming headlines about new aviation records.

Unfortunately, there is little information about the life of Valentin Kokkinaki. Alexander and Valentine, cut off from the family and not accustomed to using their surname, deprived of “star” as is customary now, they could not count on the attention of the public, and they did not strive for it. They chose the sky. 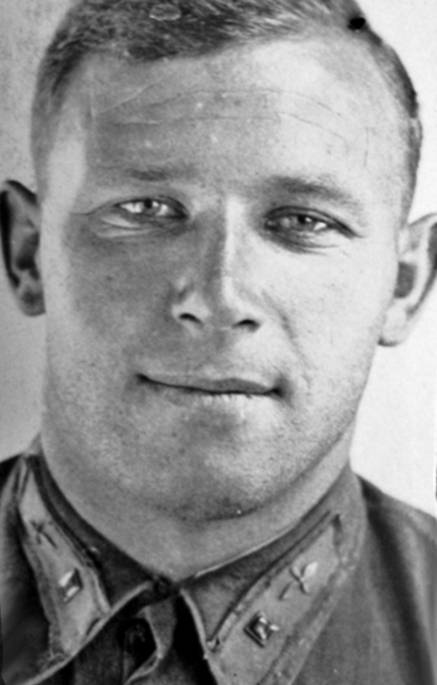 After the end of VASHL in the same year 1938, Valentina is sent to Kiev to the 3 th assault air regiment. At the Kurovitsy airfield, east of Lviv, the war days of the younger Kokkinaki flowed. In 1940, the 3 regiment is renamed 66. It was in the 66 th Valentine's cap that the war caught. On 12, this element of the battle will take away Valentine’s brother Alexander, with whom they truly were close, like any younger brothers in a big family.

The war highlighted in Valentine something frantic, which is sometimes called the southern temperament. He was not just fighting heroically, he was fighting recklessly, as if being sure that he simply could not be killed. Valentine crushed the Nazis on IL-2, which is considered partly the brainchild of Vladimir Kokkinaki, the favorite test pilot Sergei Ilyushin.

Between June 1941 and September 1942, Valentina Kokkinaki will beat 4 times! But every time he managed to land the plane on a forced one. During the year of the war he was wounded three times, but each time he returned to the ranks for the helm of his favorite attack aircraft Il-2, nicknamed the “flying tank”. In February, 1942, he was again shot down over the territory of the enemy, but the burning machine under the control of the younger Kokkinaki again landed. Despite the catastrophic situation, Valentine in just one night will be able to get through to his own, crossing the front line as a real front-line scout. 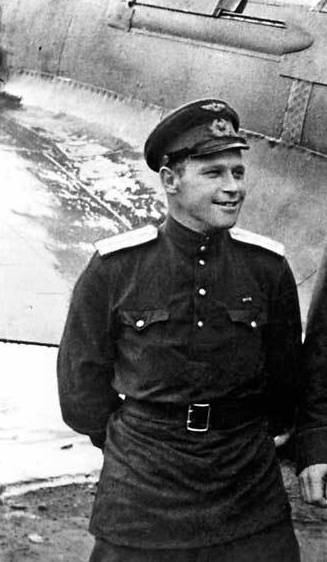 Already in the Kalinin Front Air Force, Senior Lieutenant Kokkinaki will be awarded the Order of Lenin on orders from August 26 of 1942 of the year. From now on, Valentin Konstantinovich, a former flight commander, becomes a squadron commander, a real veteran of air battles and, finally, promoted to the rank of captain.

Suddenly, he was recalled from the front, appointing a military acceptance test of aircraft factory No. XXUMX in Moscow as a test pilot. Whether the command decided to take care of a representative of a winged family, fearing that the desperate pilot would not return from the next attack aircraft, although no such concern had been noted before. Whether his experience in planting cars, even in the most difficult conditions, and the experience of owning an IL-30 was appreciated. How to know.

The long-awaited Victory Day Valentine will meet on the military acceptance of the plant number XXUMX. From November 30 to July 1942, they “ran in” double IL-1946 attack aircraft. From 2, the first peaceful civilian IL-1945 was added to the Il-2, for which Valentin stood at the helm. Up to 12, Valentin will be a “civilian” pilot, working on serial IL-1950.

And here again the "white spot" of his biography. In 1950, Valentina Kokkinaki is sent to the reserve, and in the same year imprisonment of the Order of Lenin and the veteran of the Great Patriotic War follows. What exactly happened? In open sources could not be established. Perhaps this is directly connected with the service, and perhaps with his own character as a fierce attack pilot. However, already in 1951, Valentin Konstantinovich is released and is immediately assigned to the Moscow Aviation Plant No. XXUMX test-pilot. 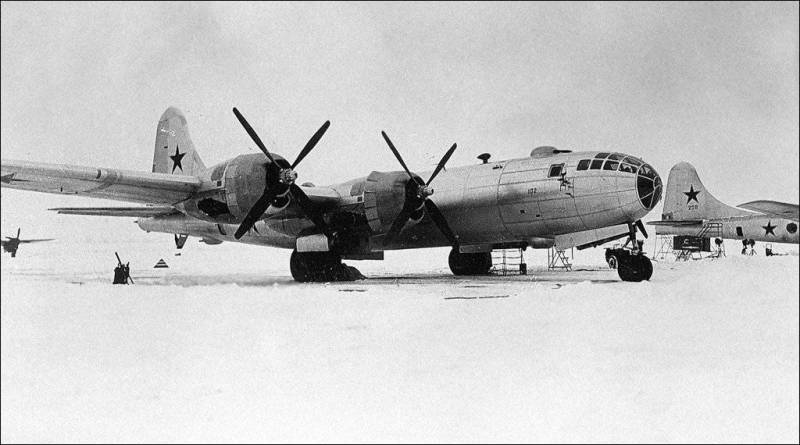 The tragic test flight of 25 August 1955 of the year will end the lives of Major Valentin Kokkinaki and six others. On this day, the crew of commander Pronin, in which Valentine served as co-pilot, experienced the Bison M-4 strategic bomber. Everyday, the serial number bomber 1417 began its run. Through the 1500 meters, the Bison left the ground with a small right lurch, which suddenly began to grow rapidly. At the height of 25-40 meters with a roll angle reaching 80 degrees, the car slipped on the wing and, facing the ground, caught fire. The huge plane, fueled with tons of kerosene, was instantly enveloped in a monstrous flame that left no chance for the crew to survive. 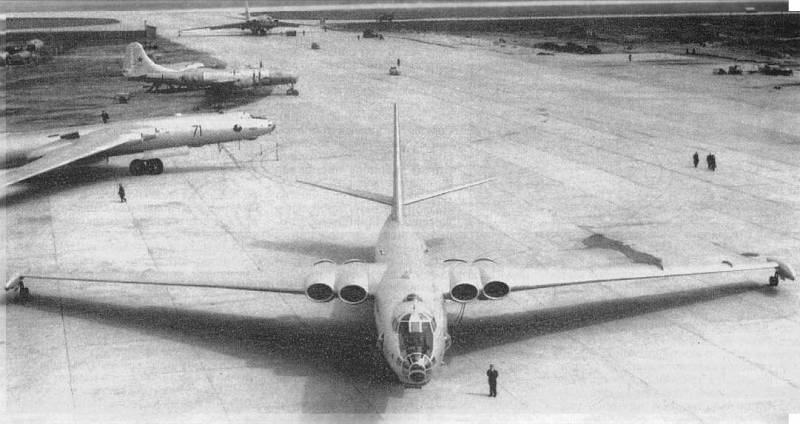 Strategic bomber M-4 "Bison", who played a fatal role in the fate of Valentine Kokkinaki

The investigation revealed that the cause of the crash was a piloting error. Dry terminology stated that the error was “in violation of the transverse controllability of the aircraft due to its withdrawal to the critical angle of attack when raising up”. This was not the first catastrophe that befell the M-4 bomber. The practice of testing has shown all the novelty, and, consequently, the strangeness of the jet machine, even for test-pilots, not to mention combat pilots. Later, taking into account the mistakes of previous pilots, "Bison" was successfully exploited and proved its reliability. Reliability for which testers paid with their lives.

Major Valentin Konstantinovich Kokkinaki, by the time of the death of the bearer of not only the Order of Lenin, but also the Red Banner and two orders of the Patriotic War, was buried in Moscow at the Golovinsky cemetery.

Ctrl Enter
Noticed oshЫbku Highlight text and press. Ctrl + Enter
We are
T-60 returned to serviceThe war was won by the communists and atheists.
3 comments
Information
Dear reader, to leave comments on the publication, you must to register.