In the Northern Fleet, an experiment on the formation of mobilization

October 10 2017
19
In the North navy For the third year already, an experiment has been conducted on the formation of a mobilization human reserve. He told the newspaper about what the new system is for and how it works. Make a star Head of the Organizational-Mobilization Directorate (WMD) of the Northern Fleet Headquarters, Captain 1, Vladimir Kondratov. 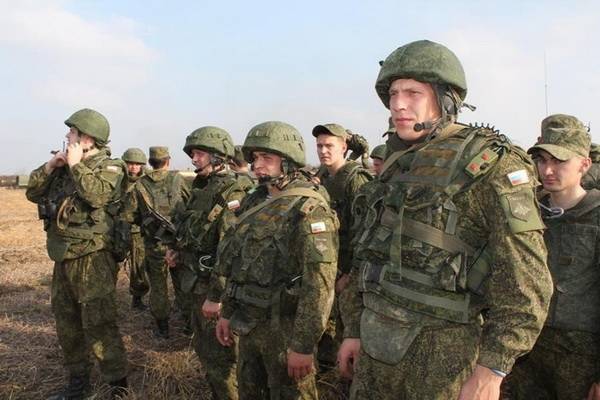 Correspondent Olga Vorobyov: “Vladimir Alexandrovich, it is known that in many Western countries they have long had well-trained reservists. What is the reason for the formation of a mobilization reserve in our country? ”

“The mobilization deployment of the Armed Forces in the event of a country's transition to martial law has always been given sufficient attention. Since August 2015, the Northern Fleet has been participating in an experiment whose aim is to improve the existing system of training and accumulation of mobilization human resources. We select citizens from the reserve of the Armed Forces for military posts of territorial defense units, which are formed in a special period, that is, in wartime. And we conclude a special contract with these people under certain conditions. ”

What is the procedure for concluding this contract?

“The first contract in the mobile reserve on a voluntary basis is signed for 3 of the year, the subsequent ones - for a period of up to five years. There are age limits for each category of citizens in the reserve. For example, soldiers, sailors, sergeants, warrant officers and warrant officers may conclude the first contract for mobilization reserves up to the age of 42, junior officers to 47, and older officers to 57. ”

What responsibilities are assigned to reservists?

“The most important difference of the new approach is that the reservist, when announcing mobilization, is obliged to arrive at the military unit himself, bypassing the military registration and enlistment offices, and begin fulfilling his duties in his position in accordance with the staff and job category. Once a year, reservists are attracted to the military gathering with a duration of 30 days each month for one to three days with them training sessions are held on the plans of formations and military units, to which they are assigned in accordance with the contract. At the same time, the total duration of fees and classes per year of stay in the reserve should not exceed 54 of the day.

At the time of collection and occupation, reservists receive the status of military personnel under the contract, they are paid a full monetary allowance in accordance with the military position occupied by the military rank with additional payments. ”

Does the material reward for being in reserve?

“All reservists are provided with money allowances, food, uniform, medical care. The cash allowance of a reservist is equal to 12 to the percentage of the salary of a soldier who is in a military position in a particular unit and has a military rank. This amount is increased by the size of the district coefficient and the percentage premium for citizens working and living in the regions of the Far North. Also paid interest rate for continuous stay in reserve. When concluding a new contract with the reservist, a lump sum cash payment is provided.

I draw attention to the fact that at the time of fees and classes, reservists receive the status of military personnel under a contract, they are paid a full monetary allowance in accordance with their military position, the military rank assigned with additional payments. During this period, all social guarantees of military personnel are extended to reservists, including pensions, the assignment of regular military ranks, the encouragement of higher command, the awarding of departmental insignia of the Ministry of Defense and state awards of the Russian Federation. However, they are also liable on a par with current military personnel and may be subject to statutory disciplinary penalties for misconduct and non-enforcement. ”

Do you already have experience of participation of reservists in the exercises?

“A year ago, the reservists of the Northern Fleet participated in the Kavkaz strategic command and staff exercise. Our territorial defense units in full gear - with small weapons, ammunition and property - were transferred from the Murmansk region to Sevastopol at the Belbek airfield, where they received operational submission to the commander of the Southern Military District. Northerners participated in the engineering equipment of the area of ​​action, guarding and defending important military installations, and detecting and counteracting sabotage and reconnaissance groups of a conditional enemy. Our reservists successfully completed all combat training tasks, showed good combat training and organization. The best of them were encouraged by the command. ”

When was the last military camp?

“Most recently, in August-September of this year. They were held in the Murmansk and Arkhangelsk regions. First, the reservists received property and small arms, and then began to take practical action. Passed combat coordination in the composition of its units - reconnaissance platoon and motorized rifle company. At the training grounds of the coastal forces of the Northern Fleet, they worked out tactics for the cordoning off and blockade of the object on which the conventional enemy was trying to commit a terrorist act. Solved the problem associated with the cover-up actions of operational-combat units. They also uncovered persons who, with the aim of a terrorist act, secretly penetrated a guarded object, and repelled an armed attack by intruders. Naturally, everything was within the framework of training events, but with the approach to combat conditions. ”

Who helps to form mobrezerv?

“In the Murmansk region, all municipal military commissariats are involved in the selection of reservists. There is a well-established campaign and background work. It is important that when preparing citizens who are in the mobilization manpower reserve, we are assisted by the administrations of the enterprises where they work. Heads of institutions are sympathetic to the military and mobilization training of their subordinates and the need for their participation in military gatherings. According to the results of the last gathering, six reservists were encouraged by the commander of the Northern Fleet. ”

Ctrl Enter
Noticed oshЫbku Highlight text and press. Ctrl + Enter
We are
The reserve reserves will receive a monetary allowance in the amount of 22% of the salary by rank and position
Military Reviewin Yandex News
Military Reviewin Google News
19 comments
Information
Dear reader, to leave comments on the publication, you must to register.