Canada plans to build an arms factory in Ukraine

October 3 2017
73
Ukraine offers Canada to join the construction of an ammunition plant. This was stated by the Minister of Defense Stepan Poltorak after talks with the Minister of National Defense of Canada, Harjit Singh Sadzhan, reported "Ukrainian news".


According to Poltorak, negotiations on this issue are continuing. In addition, the parties discussed the issue of supplying Canadian weapons and equipment for the Ukrainian army. 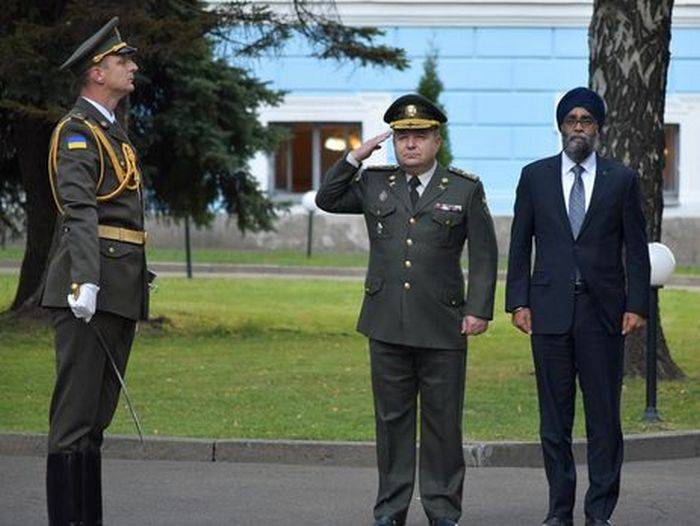 Our support to Ukraine, including in the field of defense, is powerful enough and will continue to develop
- assured Sajjan

We are considering a much more thorough plan to assist the Ukrainian armed forces in modernizing their own command and control structure, as well as their support system. We are not just talking about buying weapons. It's about creating a factory
Said Sajjan.

Earlier, the Minister of Defense of Ukraine Stepan Poltorak, after a meeting with his Canadian counterpart, said that Kiev wants to begin the purchase of military equipment and equipment from Canada in 2018 year.

Ctrl Enter
Noticed oshЫbku Highlight text and press. Ctrl + Enter
We are
Minister of Defense of Ukraine Poltorak: 138 orders of past years interfered with the reform of the Ukrainian army10 June 1807 was founded Izhevsk Arms Factory
Military Reviewin Yandex News
Military Reviewin Google News
73 comments
Information
Dear reader, to leave comments on the publication, you must to register.