Russia goes to the East

8 September 2017
79
In the 60 Minutes program, one minor liberal nevertheless raised a question that is becoming increasingly relevant in connection with the events around North Korea: Russia with China or with the United States and Europe? 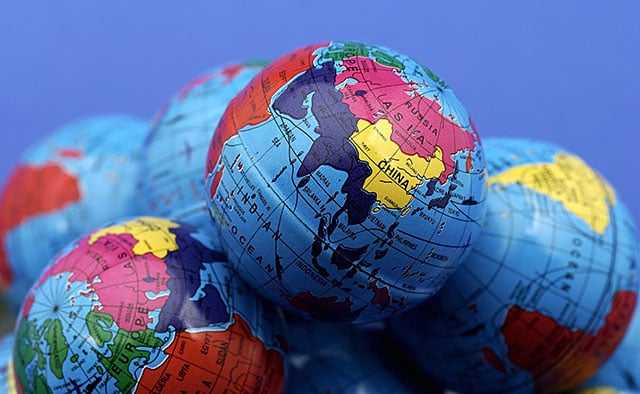 And who can Russia be in such a situation in the Far East: with America, which is thousands of kilometers away and intends to bomb North Korea, or with China, who claims that it will not allow chaos on the Korean Peninsula? At our borders, by the way.

Is it possible with America, in which the legitimately elected President Donald Trump is under the threat of impeachment for political reasons, against which false accusations are fabricated “for ties with Russia”? Is it really a country that cannot be trusted with anything at all if it treats its president like that? Really with the United States and the West, who are some kind of natural liars towards Russia: for centuries they have tirelessly created from Russia the image of an aggressive enemy, and then invade Russia by millions of armies?

We are witnesses of the lies of the USA and the West about guarantees to foreign leaders, from Milosevic to Yanukovych, the global lies of ex-president Barack Obama that missile defense in Europe is not directed against Russia, the lies of the USA about weapons mass destruction in Iraq, and now they claim that North Korea allegedly threatens South Korea, Japan and the United States itself. Or is it exactly the opposite?

The course of political events, starting with the Bandera coup in Kiev, the Crimea and the Donbass, and ending with North Korea, simply pushes Russia to the East, into the arms of China and other more or less independent countries from the West. The St. Petersburg Economic Forum is complemented by the Eastern in Vladivostok, and it is already difficult to say which one is the main one for Russia.

In general, the amazing country is North Korea: this small "people's democratic republic" puts the US world hegemon in place, which, of course, is an example for other countries, and it is most of all frightening the American hegemon, so we see such hysteria in Washington. North Korea, and not Russia or China at all, is destroying the myth of the military omnipotence of the United States ...

As for Europe ... Expert Evgeny Satanovsky, after the "invasion of migrants" in Europe, spoke out in the sense that historical in scale, the event will either destroy, through a series of bloody transformations, the Europe we are accustomed to, or lead to neo-Nazi power in European countries.

Indeed, Hitler's fascism, and generally fascism / Nazism in Europe at the beginning of the twentieth century, was born out of clashes between “right-wing” nationalists of all stripes and “left-wing” forces, from socialists to social democrats and communists. Today's coming of migrants to Europe is becoming a catalyst for the clashes of again “right-wing” nationalists and new “leftists”, from socialists to multiculturalists, neo-Trotsky democrats and transsexuals. As a result of such a clash, some kind of new fascism / Nazism of the 21st century may be born; it is not clear just who it will be directed against first.

In 1939, the famous German philosopher Max Horkheimer (1895-1973) made the following statement: “Fascism is the truth of modern society,” that is, not only German, but pan-European, with the exception, by and large, only of the USSR and Yugoslavia. This explains the “inexplicable” from the point of view of Western historiography, the victorious march of the countries of Western Europe: they relied everywhere on the pro-fascist “fifth columns”.

It is worth paying special attention to the fact that Adolf Hitler came to power in Germany with a company of Nazis in a democratic way! Today, history repeats itself almost literally, Europe, in company with America, is returning to the circles of the twentieth century, with the confrontation of the "right" and "left" in a large-scale socio-political crisis. Western democracy is preparing for the next birth ...

In such a situation, Russia needs to go to the East, pushing from its side from the Crimea and the Donbass as a Rubicon, dividing it with the West, if only because in the East there is more elementary stability and decency. And an order of magnitude more responsible and sane state leaders.