August 12 2017
161
One Finnish columnist, Veikko Koghonen, on his facebook decided to figure out how many countries Russia presented statehood. The results surprised him a lot: unexpectedly for himself, he discovered that half of the states of Europe and some of the states of Asia received statehood from the hands of Russia (or the USSR, which is basically the same thing). 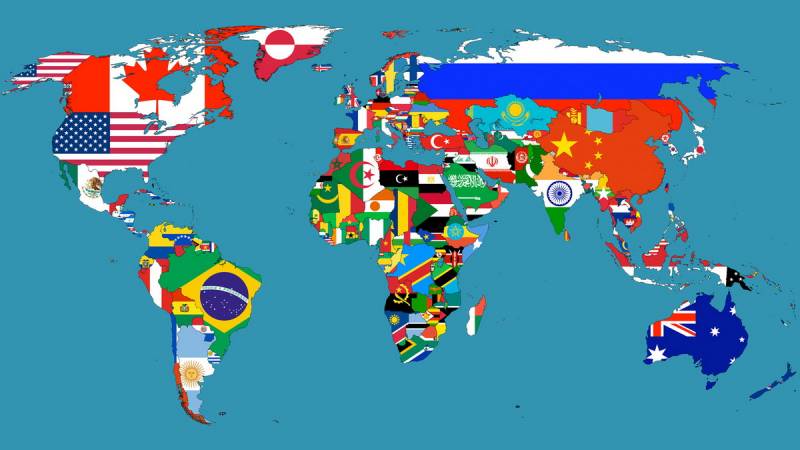 2-3. Latvia, Estonia in 1918 (before 1918, they never had their own state).
Lithuania restored statehood in 1918 also thanks to Russia. In 1938, it was the Soviet Union that did not let the Poles occupy it, who wanted to do with Lithuania what Hitler did with Austria. In October, the USSR transferred Vilnius (Vilna) and the Vilna region to the USSR's 1939, and after the end of World War II returned Klaipeda (Memel) and some other territories to Lithuanians. As a state, it was peacefully revived de facto in 1991.

5. Romania was born as a result of the Russian-Turkish wars, and became a sovereign country by the will of Russia in 1877-1878.

6. Bulgaria, as a state, was born as a result of the victory of the Russian weapons in the Russian-Turkish war of 1877-1878, which had its purpose. As a thank you, the state of Bulgaria in the two world wars participated in the anti-Russian coalitions. Now Bulgaria is a member of NATO, and US bases are located on its territory. But after 1945, there was not a single Russian soldier on its territory.

7. Serbia, as a sovereign state, was also born as a result of that war between Russia and the Turks, gaining independence on July 13 1878.

8-9. Armenia, Georgia were physically preserved in the Russian Empire and revived as states after the death of the USSR.

10-13. Azerbaijan, Turkmenistan, Kyrgyzstan, Kazakhstan, were never separate states and were formed only as part of the USSR.

14. Mongolia - has retained its statehood thanks to the support of the USSR.

15. Moldova was liberated from the Turks and became part of the Russian Empire at the beginning of the 19 century, having separated from the USSR, became an independent state by peaceful means.

16-17. Belarus and Ukraine also gained statehood for the first time as a consequence of the Great October Revolution of 1917, which was later fixed by their status of republics within the USSR. And in 1991, they got complete independence.

18. Israel was created by Stalin, despite the resistance of Britain and the United States.

19-. Twice in the last two centuries, Russia has granted independence to most European countries, grinding the armies of Napoleon and Hitler.
(For example, in 1945, the liberation of Austria from the Nazis, followed by the restoration of its independence. The liberation and restoration of the integrity of Czechoslovakia in the 1945 year, which Hitler had previously divided into Slovakia and the Protectorate of Bohemia and Moravia).

20-. Most of the colonies of Western Europe gained their independence thanks to the world movement of decolonization after World War II, in which the USSR played the main role.

21-. You can also take into account the role of Russia - the USSR in the birth and formation of such states as the People's Republic of China, Mongolia, Vietnam, Laos, Cambodia, North Korea, India. Greece from the Turks repulsed Russia back in the year 1821. Switzerland’s independence won back from France by Suvorov.

And for sure we have forgotten many more ...