The Japanese Navy is testing a new destroyer

July 28 2017
31
Japanese self-defense forces are ready to put into operation a new Japanese destroyer. The ship Asahi returned to Nagasaki after the completion of the first stage of sea trials, reports "Warspot" with reference to the portal navyrecognition.com


This ship is the lead in a series of two destroyers that are being built for the Japanese Navy. At the same time, to replace the project 25DD, the project 33DD has already been developed, the construction of ships on which is planned from the year 2021. 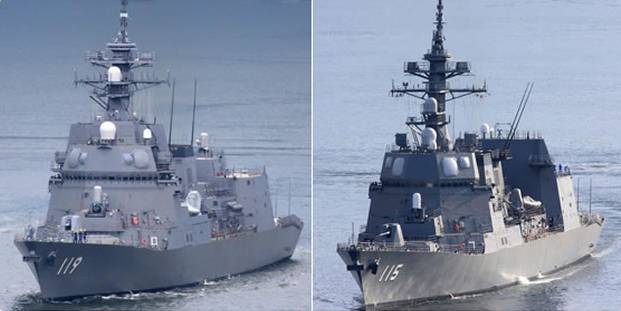 The 25DD project was created on the basis of the 19DD project (Akizuki type), during which in the period from 2009 to 2012, four destroyers were built. In turn, the project 19DD originates from the American destroyers Arleigh Burke, so the new Japanese ships inherited the look of the "Americans".

Asahi is a missile destroyer, but its main specialization is anti-submarine operations. The ship is 151 m long, its displacement is 5100 t (full displacement will reach 7000 t). The main weapons destroyers will be anti-aircraft and anti-ship missiles, as well as torpedoes. According to unofficial information, the ships of the project 25DD will be equipped with information management system AEGIS.