Victory by proxy: how the Syrian army manages the achievements of the Russian Aerospace Force 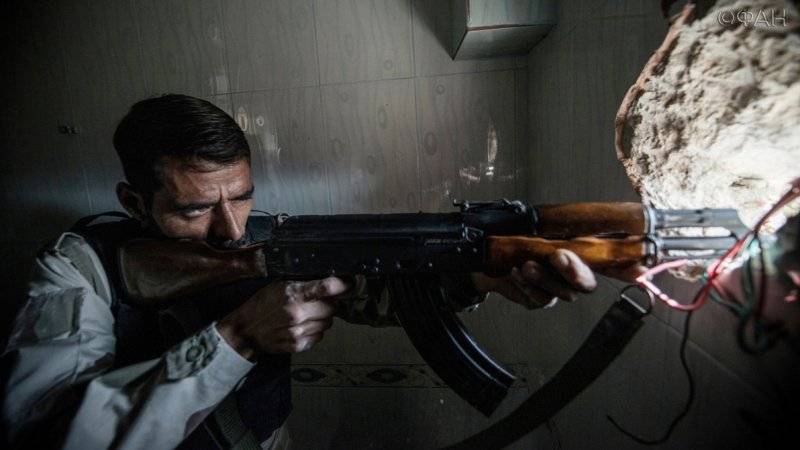 Over the past two months, the Syrian army has carried out a number of successful operations against militants of the Islamic State * terrorist group * (banned in the Russian Federation). However, the reason for these unexpected victories is the help of the allies of the Syrian army, and first of all - the Russian aerospace forces. About how the Syrian army ascribes to itself the merits of the Russian armed forces and puts all responsibility for its country on the shoulders of its partners, the Federal Agency News said Syrian journalist and insider Omar Bessam, known for a series of publications about the real situation in Syria during the civil war.

Over the past two months, the Syrian government army and its volunteer allies have carried out a number of successful operations against the ISIL grouping *. Southeast of Aleppo, the Al-Nimr detachment (Tiger Forces), commanded by Suhail al-Hassan, marched along the southern coast of the Euphrates, reaching the occupied Special Forces and the Kurds of Tabka. After the troops he turned to the south-west and, meeting with the Syrian troops advancing from the south, he closed the encirclement around the ISIS forces east of the “road of life” to Aleppo. 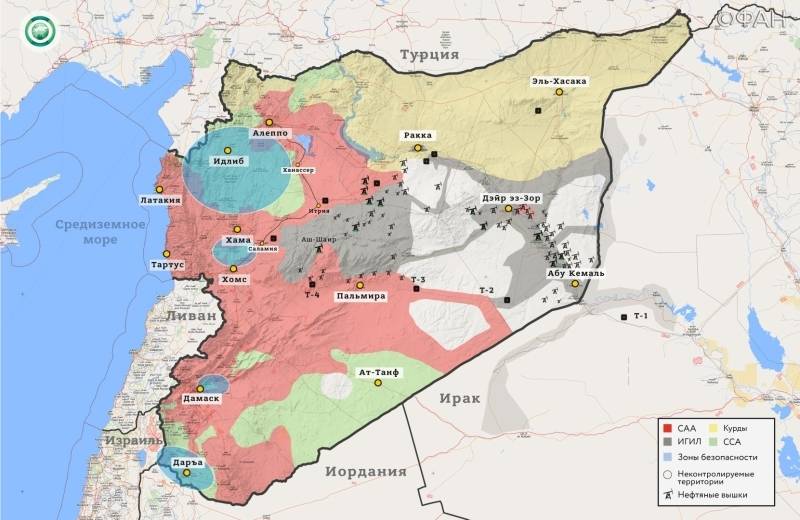 Shiite volunteer units liberated from IG * large areas south of the Homs-Palmyra highway, as well as a section of the desert along the border with Iraq. Perhaps this attack is the most successful operation of the Syrian government forces against ISIL for the entire history civil war. What is the reason for these unexpected victories and how durable will these successes be? How soon will the territories captured by the ISIS return to the control of the authorities in Damascus?

Army on the verge of foul

Initially, it was assumed that the Syrian government forces were defeated and surrendered to the territory only because of the significant superiority in manpower, equipment and external financing, which have armed opposition units. One has only to deliver Damascus modern weapon and help with air strikes, how the situation will be restored very quickly, and the terrorists will be defeated and leave Syria. It was also believed that the Syrian army was tempered in battles, tired of retreating and ready for new feats, like the Soviet troops after the hardest battle of Stalingrad. 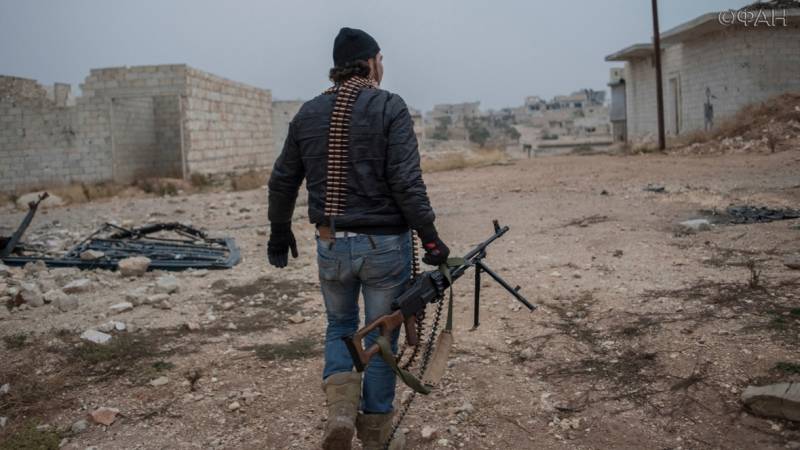 In fact, it turned out to be completely different. From the very beginning of its presence in Syria, Russia was able to provide massive bombardment of positions of the most diverse anti-government groups. However, it turned out that the Syrian side was completely incapable of developing success. On paper, the number of the army and various volunteer battalions amounted to hundreds (!) Of thousands of people: only the militia of the National Defense Forces had more than 100 thousand. When the Russian command tried to coordinate a general offensive, it turned out that Damascus could not single out a single person for it under various pretexts!

At the same time, representatives of the Syrian command based on Hamim considered it completely unreasonable to direct Russian attack aircraft to such purposes as detached machine guns and generally to use VKS as a “panic button”. Unfortunately, many Syrian senior officers with whom I had to talk in 2015 year, directly expressed their satisfaction with the situation with the introduction of Russian troops. “Now we don’t have to fight, all Russians must defeat all the terrorists,” they said. 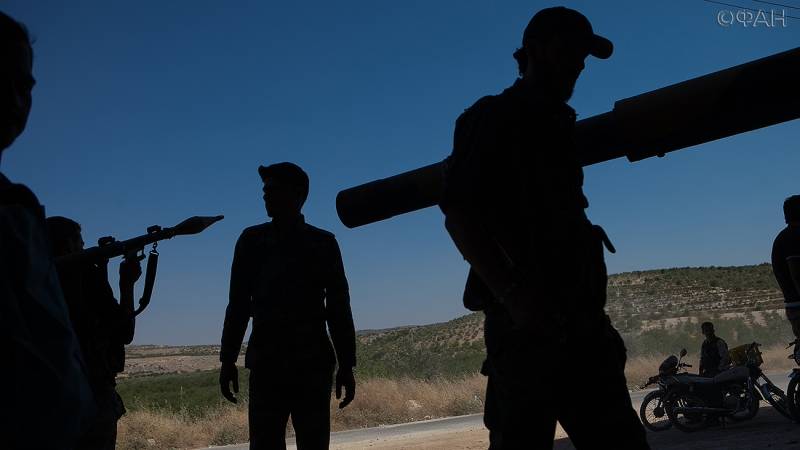 Now we can say with confidence that the country's leadership did not give a finger to release its own territory, preferring to engage in the negotiation process and trade, as well as attracting pro-Iranian armed formations to its peak in Russia.

The last straw that broke the patience of the Russian command was the loss of Palmyra in December 2016 of the year, which was surrendered to a small team of ISIS militants without the slightest resistance. As if someone ordered to retreat from positions prepared for long-term defense. Only with the discovery of the monstrous facts of local corruption - the sale of Russian weapons and ammunition to terrorists, schemes for smuggling contraband through territories controlled by various groups, the internal distribution and implementation of humanitarian aid - the whole horror of the situation became clear. Only at the end of 2016, after a year of operations of the Russian VKS in Syria, control was established over the distribution of Russian weapons and ammunition at the front.

The current offensive to the east of the “road of life” passing from Hama to Aleppo was seriously prepared and secured by the Russian side. Massive airstrikes, which preceded any advance of the army, ensured the encirclement of the ISIL group and the seizure of a section of the Homs-Rumeilan oil pipeline almost without loss. However, according to sources from ISIS, for almost 29-30 of June through the 15-kilometer gap, almost all the militants managed to get out. The Syrian army in the vast spaces between Itria, Kuvejris and Tabka was one on one with sleeping cells and mines laid down in the most unexpected places.

In a similar situation, there were already groups of pro-Iranian volunteers who, in June, managed to capture large areas south and south-west of Palmyra. There are few populated areas, but there are rich phosphate deposits, the development agreement of which the Syrian side has concluded with Iran. Formally, the territory is already under Syrian control, however, in practice this means several roadblocks on the main road. They did not even enter the field because of the very difficult mine situation.

Akerbat Knot and US Treachery

Nevertheless, despite the heavy losses on all fronts, the ISIS terrorists do not even think to give up, and now, quite possibly, they are preparing a new surprise. It is unlikely that they will select the troops of the international coalition as their goal - they will not succeed in defeating them anyway, the Americans are well protected and all previous attempts to commit acts of terrorism against them have failed. The Assad army is much weaker, and its defeats are met in the West with ill-concealed satisfaction. The front is stretched, the most combat-ready units are far from each other and will not be able to come to the rescue on time. 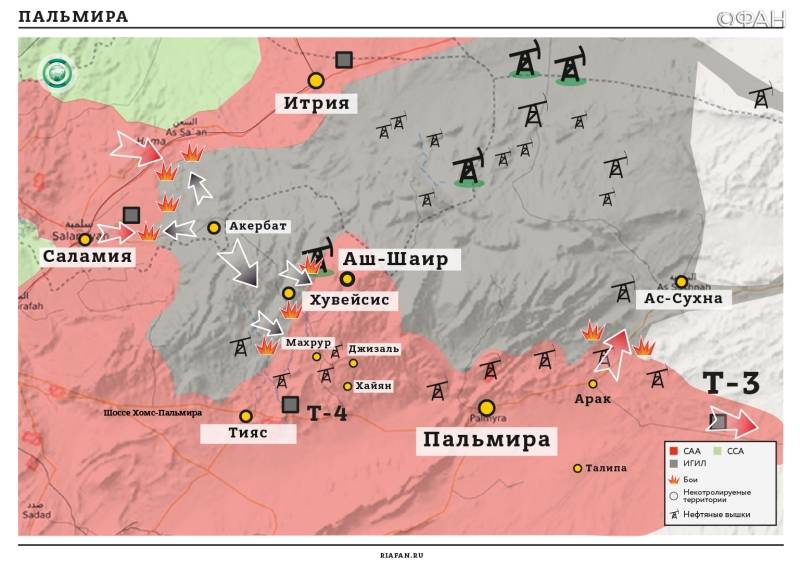 The ISIL participants leaving the environment are currently not concentrated in the Deir ez-Zor region - that is, in the rear of their positions - but on the front line, in the area of ​​the settlement of Akerbat just east of Salamia. From there, subject to the concentration of forces and the observance of surprise, you can make a throw to the west in the direction of northern Hama and Al-Rastan - the suburb of Homs, captured by the Syrian branch of Al-Qaida (organization prohibited in Russia) In the case of a successful offensive of the IG along the Homs-Hama-Aleppo road, Syria will be split in two, and the terrorists of Rastan will face the choice of being killed or joining ISIS.

This alignment fully satisfies the United States, which is currently engaged in the siege of Raqqi and Mosul. For them, it is extremely important to prevent the Syrian and pro-Iranian brigades from conquering spaces under ISIS control. First of all, it concerns the oil-rich province of Deir ez-Zor, which is located on the border with Iraq. 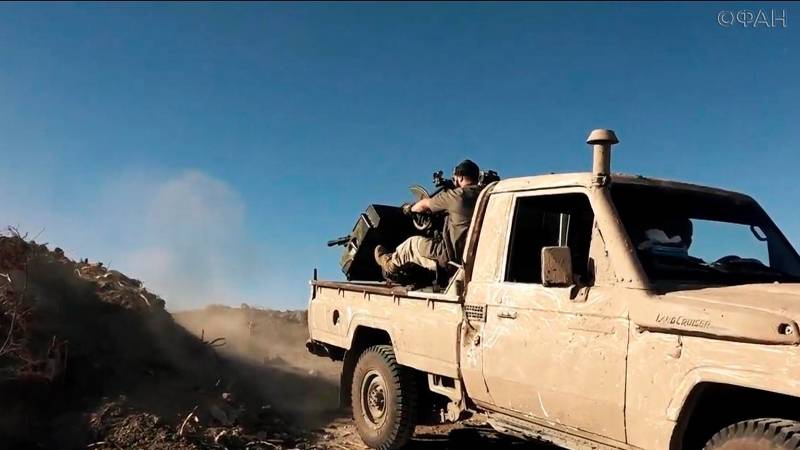 The Russian command has repeatedly noted the complete freedom enjoyed by the select units of ISIL that come out of Raqqa in the absence of any attention to this by the Americans. It is beneficial for them to indirectly encourage ISIS to conduct operations in the west of Syria, so that Damascus urgently had to remove all more or less combat-ready units from strategic important areas. This will allow the Americans and Kurds to concentrate their efforts, seize the city and the province after the operations near Raqqah and Mosul, and also connect both their groups in the area of ​​the Abu Kemal border checkpoint, preventing it from being transferred into the hands of Iranians or Syrians.

* The organization is banned in the territory of the Russian Federation.