White House: US does not want to withdraw from the INF Treaty

28 2017 June
22
The United States does not want to withdraw from the Treaty on the Elimination of Intermediate-Range and Shorter-Range Missiles (INF) and hope to keep it, said in an interview RIA News Special Assistant to the American President, Senior Director for Nonproliferation weapons mass destruction in the National Security Council of the White House Christopher Ford.

Earlier, Politico’s publication, citing a number of congressmen, reported that the Trump administration was evaluating a proposal from the congress to withdraw a country from the INF Treaty. The deputy chairman of the State Duma Defense Committee, Yuri Shvytkin, said that this could lead to an arms race. 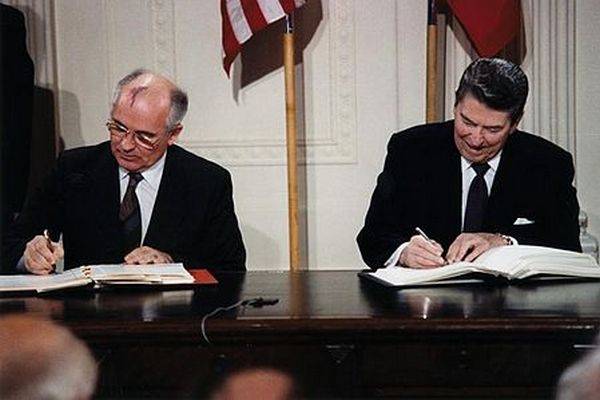 Of course, we hope that this (withdrawal from the treaty) will not happen. The article in Politico really bothers me, because it sounds like people from the armaments control community think that we’ll rather keep the restrictions we’ve taken and let the Russians do whatever they want. This gives me the impression that this is in fact the desired situation and there is no reason to keep the contract in the first place, because we can simply refuse to do something, and they (Russians) can do everything they want. We do not want this. We want to stay in a world where there are restrictions provided for in the INF Treaty
- Said a senior official of the American administration.

The INF Treaty prohibits the parties to have ground-based ballistic missiles and cruise missiles with a range from 500 to 5,5 thousands of kilometers. Russia and the United States periodically make mutual accusations of violating the INF Treaty signed in 1987 year.

Foreign Minister Sergei Lavrov noted that the Russian leadership has repeatedly reaffirmed its commitment to the obligations of the INF Treaty and "there were no violations on our part." He stressed that "the United States claims the opposite, but it does not provide any specific information that could be checked in order to clarify the situation." The minister also reported that Moscow has very serious questions to the United States about some of the “liberties” with the implementation of the treaty by the Americans themselves.