Results of Putin's meeting with Macron

30 May 2017
59
As the news agency "Interfax-AVN”, During a press conference held at the end of the meeting of the presidents of Russia and France, Vladimir Putin announced the possibility of uniting efforts to defeat terrorism in Syria without destroying the country.

Our position on the Syrian issue is well known: it lies in the fact that it is impossible to combat the terrorist threat by destroying statehood in countries that already suffer from internal problems and contradictions. I am confident that it is possible by joint efforts, joining efforts in the fight against terror, to achieve positive results. 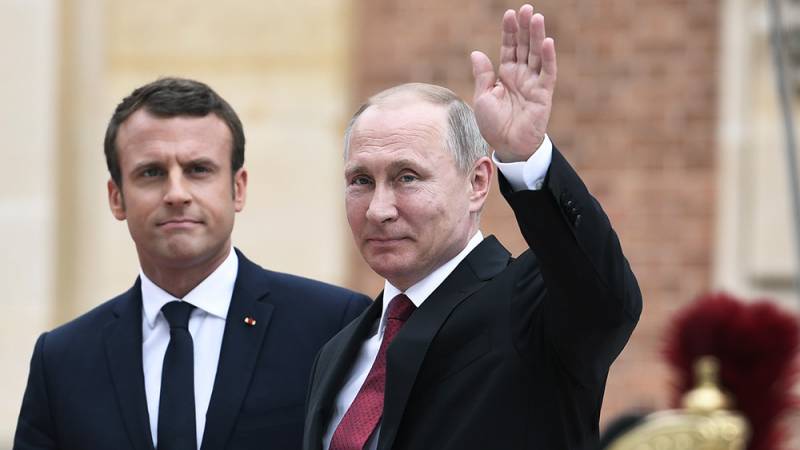 Macron believes that the solution of the Syrian question is possible only by political means:

There is a will that over time we will find a political solution that would be inclusive, would eradicate terrorism and restore peace in the country.

In his words, Paris sees the “red line” in Syria in the use of chemical weapons.

When considering the Ukrainian issue, Macron declared France’s readiness to strengthen sanctions against Russia if the situation in the Donbas escalated.

If necessary, it will be necessary to strengthen the sanctions, but if (only) there will be an escalation. And if there is de-escalation, this will not happen, and I wish it was de-escalation.

V. Putin believes that the sanctions policy is not effective in solving the Ukrainian question.

How can the sanctions against Russia help to normalize the crisis in the south-east of Ukraine? Does not help.
Macron's criticism has touched the RT channel and the Sputnik agency (apparently, in line with “Russian interference in the elections”).