US may withdraw from the INF Treaty

April 27 2017
92
According to information TASS, head of the Pacific Command (PACOM) of the United States Armed Forces (AF), Admiral Harri Harris announced that Washington was working on the issue of re-signing the Russian-US Treaty on the Elimination of Intermediate-Range and Shorter-Range Missiles (INF). 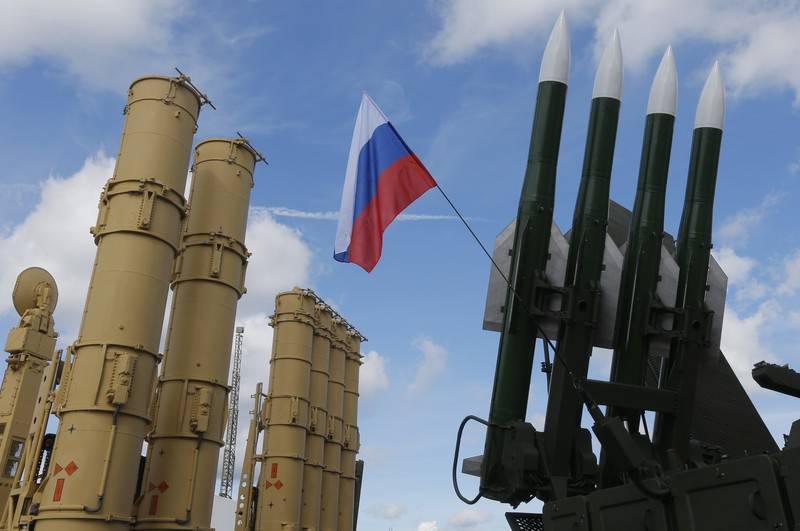 The admiral several times expressed regret about the non-participation of China in the INF. According to him, Beijing’s 95% missile arsenal does not comply with the terms of the treaty.

Congressman Hal Rogers (Republican, Kentucky) asked the military whether the US should "consider the possibility of re-concluding the INF / DIMM", taking into account the charges against Russia of violating this treaty.

Sir, this is a political issue that I know is being considered.
- explained H. Harris.

In his words, "Russia breaks the INF in terms of conventional "and not nuclear missiles. H. Rogers asked the admiral whether the treaty should be viewed as a factor that binds the American army.

I would say that we (that is, the United States) are not acting unilaterally creatively in terms of developing our own weapons.
- answered the military.

Of particular concern to H. Harris is the development of China hypersonic weapons.

What we (the USA) can do is to develop our own hypersonic armament and improve (systems) protection against them. However, one of the problems is the issue of the INF. The creation of hypersonic weapons capable of becoming equal to the Chinese weapons is excluded by the INF.

As the admiral explained, he is not aware of "discussions with a view to including China into the existing INF Treaty or concluding a separate agreement with China" on this matter.

As he believes, Beijing "is following the example of Russia in Ukraine and is applying aspects of this in the South China Sea."

The United States for the first time accused Russia of violating the INF Treaty in July 2014. Subsequently, Washington has repeatedly repeated this thesis, with which Moscow strongly disagrees. In this case, the Russian Federation makes US counter-claims relating to the implementation of the INF.

DRSMD was signed on December 8 1987 of the year in Washington. Entered into force 1 June 1988 of the year. In 1992, in connection with the collapse of the USSR, the Treaty acquired a multilateral character — Belarus, Kazakhstan, and Ukraine (before they eliminated the missiles of the corresponding class) became participants in addition to the USA and Russia. Deployed and non-deployed rockets of smaller (from 500 to 1000 km) and medium range (from 1000 to 5500 km) land-based fell under the action of the INF. Total USSR destroyed 1846 missiles, the US - 846. Launchers, launching sites, auxiliary equipment and other equipment at 117 Soviet facilities in the territory of the USSR, GDR and Czechoslovakia and at 32 US facilities in the USA, Great Britain, Germany, Belgium and the Netherlands were subject to destruction. The parties also pledged not to produce or test new medium-range and shorter-range missiles. In order to monitor compliance with the provisions of the Treaty, each party was given the right to conduct inspections over 13 years. 31 May 2001, Russia and the United States have completed inspection activities.

The contract is indefinite. Each of the parties has the right to withdraw from it if it decides that "exceptional circumstances related to the content of the contract have put its highest interests at risk". Notice of withdrawal from the INF should be made within six months.
Ctrl Enter
Noticed oshЫbku Highlight text and press. Ctrl + Enter
We are
Violations of the INF Treaty: Facts and OpinionsThe Treaty on the Elimination of the INF Treaty will be the subject of negotiations
92 comments
Information
Dear reader, to leave comments on the publication, you must to register.