A space plane will appear in Russia 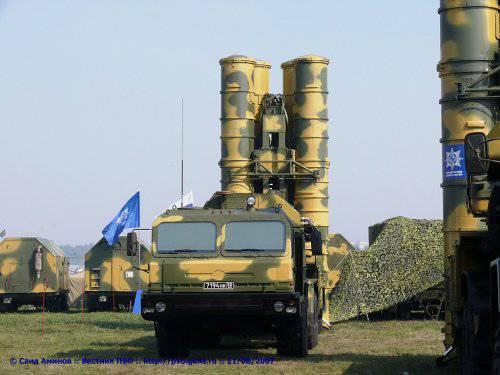 The anti-aircraft missile system (ZRS) C-500 will go into service with the Air Force and Air Defense of the Russian Federation before 2020, it will solve the tasks of air defense and missile defense

According to the Commander-in-Chief of the Russian Air Force, Colonel-General Alexander Zelin, “now the C-300 AAMS is being actively modified. It can be said that this is not even a modification, but a new complex with a new combat force. This is the Vityaz system - the further advancement of the 300 system. This is the C-500 system, which will solve the tasks of not only air defense, but also missile defense. ”

He noted that "the state and effectiveness of the air defense system of the Central Industrial District and mainly Moscow is a priority task that is under the control of the Chief of General Staff." Now for the air defense forces, new C-400 air defense systems have been ordered, they are taking up combat duty, and first of all in the units guarding the sky of these areas.

The Air Force Commander-in-Chief of the Russian Federation also said that by 2020 the front-line and army Aviation rearm 100%, military transport - about 70%.

In the same period, an intensive modernization of strategic aviation bombers will begin. The commander-in-chief expressed the hope that work on the creation of a promising long-range aviation complex would also be carried out.

Alexander Zelin confirmed that planes are being developed in Russia that are capable of operating in space. According to him, “such works are carried out in the world. We carry and we. We can not be in the train. There are developments, there is an understanding of how to do this, there are technical solutions. ”