In Ukraine, the exercises started reservists

January 17 2017
32
The General Staff of the Armed Forces of Ukraine announced the start of the previously announced military reservist training camps. According to the statements of high-ranking Ukrainian military, the charges will last until mid-February with the involvement of more than 1 thousand representatives of the so-called operational reserve. Reservists are called for military training from all regions of Ukraine. 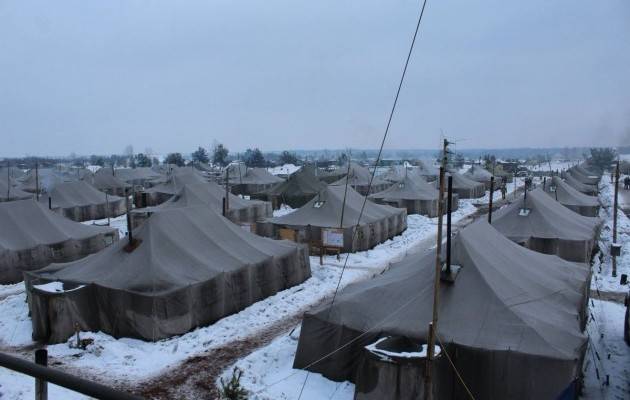 The report says that representatives of the operational reserve will take part in classes not only in fire and tactical training, but also in first aid, they will carry out a combat reconciliation program consisting of companies, battalions and brigades.

From the message of the General Staff of the Armed Forces of Ukraine:
Taking into account the experience already acquired, field camps prepared for the comfortable living of the personnel were prepared in advance to receive the operational reserve reservists, field canteens, bathhouses were deployed, coal, firewood and fuel briquettes were stored.

During the first 15 days, the main number of reservists will participate in training on the basis of training centers. The remaining 15 days all of them will be sent to a military training ground (its name and location data are not called) for practical development of knowledge and skills. The result of the charges will be live firing of various types. weapons. 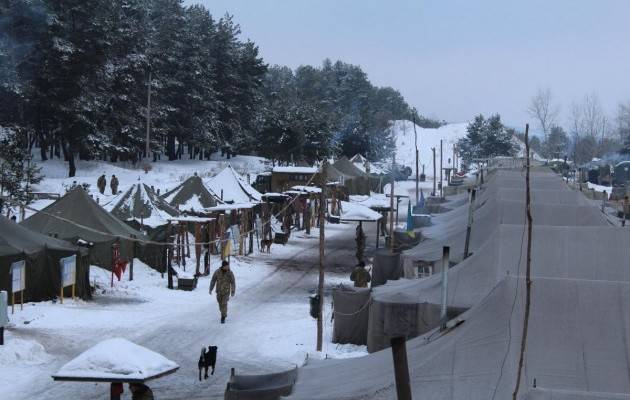 Judging by the published photos from the camp of reservists, the order to hang Ukrainian flags was received, but there was no order to clean the snow from the tents and the guard "fungi" ...