December 30 2016
28
The Government of the Russian Federation intends to support the aircraft building industry through Rosneftegaz's excess dividends and proceeds from the sale of Rosneft's share owned by Rosneftegaz, said aviation portal ATO.RU. 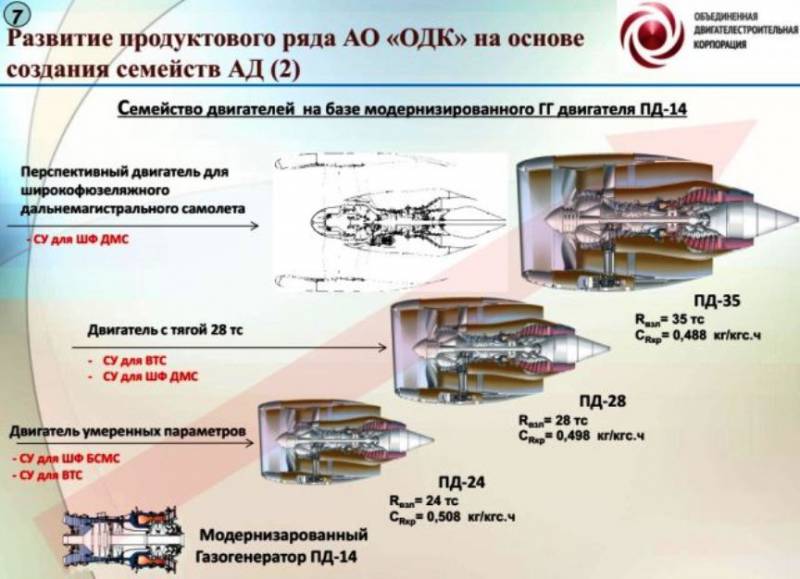 Presentation of United Engine Corporation Corporation on the development of the product line based on the creation of a family of engines based on PD-14.

As noted in the relevant government decrees published this week, “the proceeds will be transferred to the United Engine Corporation (UEC) and the United Aircraft Building Corporation (UAC) for certain projects.”

Contributions to the authorized capital of companies will have to make the Ministry of Industry and Trade.

It also follows from the documents that additional capitalization may be less, since “it will be carried out” in the event and within the receipt of federal budget revenues from dividends of Rosneftegaz JSC (owned by the Russian Federation), in excess of the amount of 36,039 billion rubles, as well as over-revenues related to the sale of Rosneft’s shares owned by Rosneftegaz ”.

Earlier that the government intends to allocate additional funds to support the projects IL-114 and IL-96-400 was reported by Deputy Prime Minister Dmitry Rogozin.