The first Ka-29 was repaired in Sevastopol

December 26 2016
7
The Sevastopol Aircraft Repair Enterprise (SAP) completed the overhaul of the first Ka-29 Morskoy helicopter for this plant in December aviation Navy. 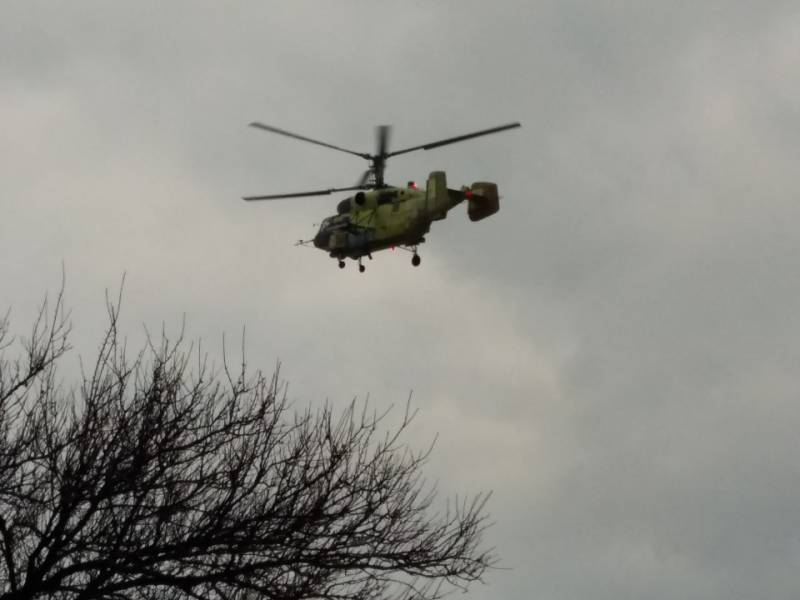 According to media reports, the helicopter has undergone repairs since the beginning of 2015, and should be transferred to the Black Sea the fleet until the end of this year.

Recall that last week X-NUMX Ka-6 helicopters, which were repaired at the Kumertau airline, were transferred to the Navy MA.

Bmpd blog comment: “As of November 2016, only four Ka-29 helicopters were in flight condition in the Russian Navy — two vehicles with onboard numbers 38 yellow and 39 yellow, operating in the 859 Sea Aviation Training Center in Yeisk, as well as the Ka-29 helicopters with the 23 Red and 75 Red helicopters in the Northern Fleet aviation (both are currently on a cruise on board the Admiral Fleet of the Soviet Union Kuznetsov) ”.