December 22 2016
66
Holy cause - forecasts for the New Year! The upcoming 2017 promises big and joyful changes. Note that 2016 year ended with a victory in the presidential election of Donald Trump, and will begin with Trump, his inauguration. 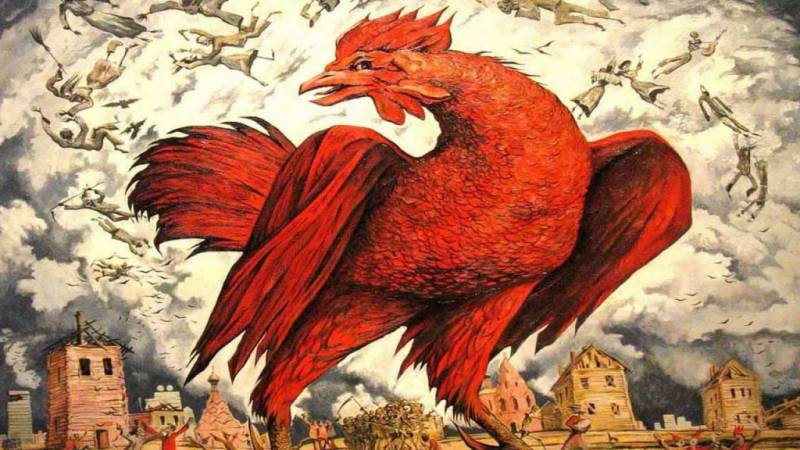 In the US, unexpectedly for many, the billionaire and “American Putin” Donald Trump, cursed by almost all world media, came to power. The electors for Trump have already voted, the solemn inauguration is January 20 2017. Many experts predict Trump’s difficult presidential fate: the continuation of the fight against Obama’s media, Hollywood and “world democracy” - Clinton, who, they believe, can be crowned with rapid impeachment. We do not expect all this: Trump has come seriously and for a long time, for two terms, as he has already promised. By the way, we predicted the victory of Trump, which can be traced through the publications. Why is Trump for a long time?

It seems that in the person of Donald Trump and his team, the real masters of America came to power, dissatisfied with their political service staff, which Trump calls nothing more than “the Washington swamp”. Lawyer Obama and diplomats Kerry and Nuland will be fired with wolf tickets, as Trump promises, for failures in work. Instead of just diplomat Kerry for US Secretary of State, Trump examines Rex Tillerson, head of the world's largest oil and gas campaign. Compare the scale of change! The owners of America decided to go about their business themselves, without intermediaries.

This will have major implications for the United States and all friends of America. Democratic gay bohemia in the United States, which is now thinking of a color revolution led by J. Soros, will be crushed to the ground, and disgruntled gays and democrats will be able to get very close to the FBI and the National Guard. In the United States and the world, a conservative era is approaching with respect to the peaceful coexistence of world powers, as the globalist expansion of global homosexual democracy ends.

The European elites, who were in vassal dependence on the "Washington swamp", will be swept away in the next elections. To power in France, Italy, and then everywhere will come "euro skeptics", based on the European Trump and Tillerson. This will lead to a profound transformation or even disintegration of the European Union and NATO. The paradoxical situation, when the state-limitrofora with insignificant economic weight and population could dictate their demands to the old European powers, to sit with them on an equal footing at the same table, will become a thing of the past. Old Europe will pass economic rink in Europe young.

Russia ... will reduce the number of sudden military exercises, as requested by our European partners. Continue peace settlement in the Middle East. If Putin and Trump really unite their efforts here, the financing of “moderate terrorists” stops, then the prospects for peace in Syria and Iraq look encouraging. And continue on its way to the East: to China, Japan, India ...

The 2017 year gives some hope for a new revolution in Russia, for the 100 anniversary of the 1917 revolution. It is not at all possible. The main condition for any revolution is a weak and unpopular "king", and Putin is in Russia now! But in Europe, the “kings” today are weak and unpopular, but there are no Putin of their own, so in Europe a revolution with a migrant and multicultural flavor is much more likely.

Ukraine ... today is Nazi-Bandera, with a very unpopular "tsar", objective economic prerequisites for new shocks, humiliated by delayed visa-free. Mark Rutte, the Dutch prime minister, has recently buried the latest European dreams: Ukraine will not have either membership in the European Union, financial aid or military guarantees in the foreseeable future.

At the same time, the masses in Ukraine today have combat experience of the ATO, and the unrecorded weapons thanks to the same ATO, there are many walks in the country ... These are real prerequisites for 1917 of the Year in Ukraine, with the new Makhno fathers. In 1917, the people in Russia, too, were armed and trained in military operations. It remains to hope that the guarantor countries of the Minsk agreements, Germany, France and Russia, will not allow catastrophic developments.

The pessimistic option is that the color revolution in the United States, led by J. Soros, will manage to dislodge Trump and his office in 2017. The probability of this is small, but always because some kind of fateful event may occur that affects the course stories. According to political analyst E. Satanovsky, the main question in America: “Will Trump be shot or not?”

Such a turn of events could lead both to California’s withdrawal from the United States, which is already predicted, to the exit of other states, especially on the Pacific coast of the United States, and to the transformation of America into a kind of confederal state divided into “conservative” Trump and “democratic” states. This will lead to a violation of global stability in the world. Processes in Europe can become uncontrollable, everyone will be saved as they can, one God will help everyone! ..