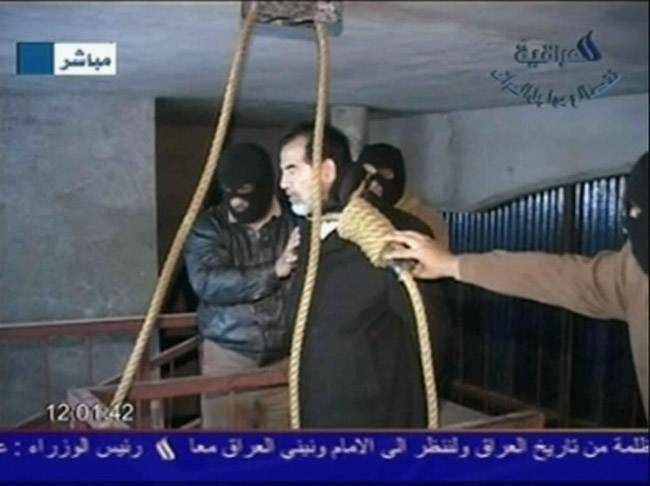 Saddam Hussein was detained by 13 Americans on December 2003. It was John Nixon who identified the Iraqi leader as a bearded man because he knew the location of the tattoos and scars on his body.

Many data of American intelligence about Hussein turned out to be false. “During interrogation, Hussein called the Americans“ ignorant hooligans ”who did not understand Iraq and were determined to destroy him. He denied his involvement in Al-Qaeda (banned in the Russian Federation) and the presence in Iraq weapons mass destruction ", - the author writes.

“Iraq is not a country of terrorists. We have no ties with bin Laden, nor weapons of mass destruction. We do not threaten our neighbors, ”he quotes the Iraqi leader.

Saddam Hussein about the September 11 attacks in the USA: “Look who participated in this, from what countries were they (the terrorists)? Saudi Arabia. And their leader, Mohammed Atta, he was an Iraqi? No, Egyptian. So why do you think that I have to do with this? "

The US Senate only in 2006 g recognized that the Iraqi government was not involved in the terrorist attacks in New York.

Moreover, Nixon writes, "Hussein believed that the September 11 tragedy would allow Iraq and the United States to unite to fight the radicals." But "how was he wrong," he notes.

In February, 2003 Mr. Hussein signed a decree banning the importation and production of weapons of mass destruction on its territory. But this step was useless: "In March, Bush put forward an ultimatum to Hussein and suggested that he voluntarily leave Iraq within 48 hours, otherwise the American troops would begin a military operation in the country." Saddam refused.

“We never thought about using weapons of mass destruction. This has not been discussed. Use chemical weapons against the whole world? Is there anyone who could do this? ”, The Iraqi leader said during the interrogation.

Hearing the sounds of explosions behind the wall, Hussein understood that things were not going well for the Americans. “It won't work out for you.” You will understand that it is not easy to govern Iraq, ”he warned, adding that the Americans“ do not understand the language, stories, the thinking and even the climate of his country. "

“History has shown that he was right,” the author stated.

“George Bush, however, heard only what he wanted to hear. The US President placed the blame on the mythical weapons of mass destruction in Iraq, the special services, ”he writes.

“Are you sure that Saddam didn’t say where these anthrax ampoules are doing?” Bush asked Nixon at 2007 in the White House. The audience laughed. A CIA official found this laughter inappropriate, because "by that time, the United States had lost more than four thousand servicemen in Iraq."

“Looking back, the thought of aging and disengaged Saddam Hussein in power seems almost encouraging compared to the vain efforts of our military and the rise of the Islamic State (organization banned in Russia), not to mention 2,5 trillion dollars spent on building a new Iraq, ”Nixon summed up.