Persons of the present Russia: about those who left their blood forever in the Syrian land

December 20 2016
28
2016 is leaving the year, the year is devilishly heavy, the year of the war, the year of the world. And each will meet him differently. Media snouts will congratulate each other on the conquest of the ether and their own non-possessiveness; Instagram ladies will continue to assert themselves by posting selfies of their own bodies; Ukrainians will congratulate each other on the next summit (or zrada, who will sort them out); the creacliat will heat up the keyboards in search of the most trending place for the Christmas party; Bohemians will go on their usual romping tour of corporate events, and borzopisty will continue to sharpen their feathers in anticipation of another reason to kick the country (hiding behind, however, the law of this country), the army or, at worst, its own people, alive or dead - without a difference.


At the same time, in Tartus, the sun will set over the darkening waters of the Mediterranean Sea. Not far from the coast, the rusty ghost of a ship stays black forever. And, while the deputies in the Duma will continue to hysterize about their hard work and heart attacks that go up to the throat, the marines will come out at night. The Tartus naval base will plunge into a night nervous one to whom you can’t call a dream.

A little further north, at the Khmeimim airbase, airfield refuellers, occasionally excited by a roar, will fall into the same nervous coma aviation engines. In the dining room, glasses are raised under the thud of plastic chairs and khaki tables. Someone will think about children, someone exhausted will simply start dreaming about a bed, someone will hope for a small concert, very small, as a gift from an indifferent stage, if she remains ...

But everyone will remember the faces of the real Motherland, those who have become sinless, invulnerable to slander. We also remember ...

Remember those who died at the end of 2015 year. When on November 24 the Turkish Air Force, whose commander-in-chief was loosing the “Russian friend” yesterday, shot down the Su-24 of Oleg Peshkov and Konstantin Murakhtin. Osman Pasha gave even more dirty work to his assistant militants, Turkomans, who shot Oleg Peshkov after the ejection. A few hours later, during a rescue operation, Alexander Pozynic, a Marine, died.

November of that year was merciless. The next day, officer Fyodor Zhuravlyov died. He died in the performance of his duties as a gunner of long-range strategic aircraft. 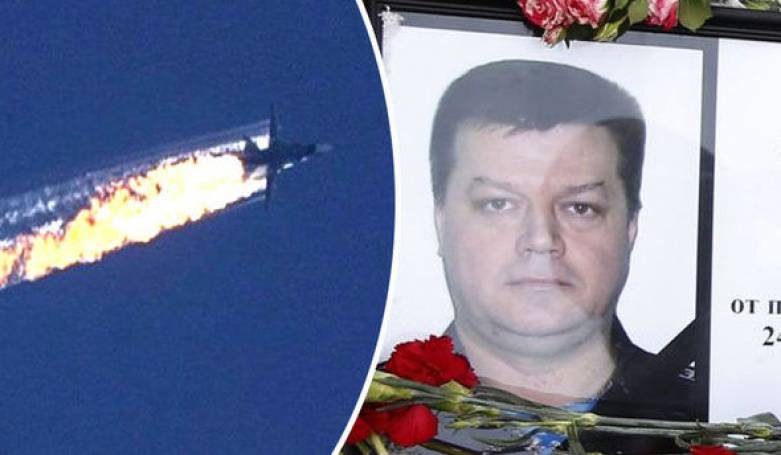 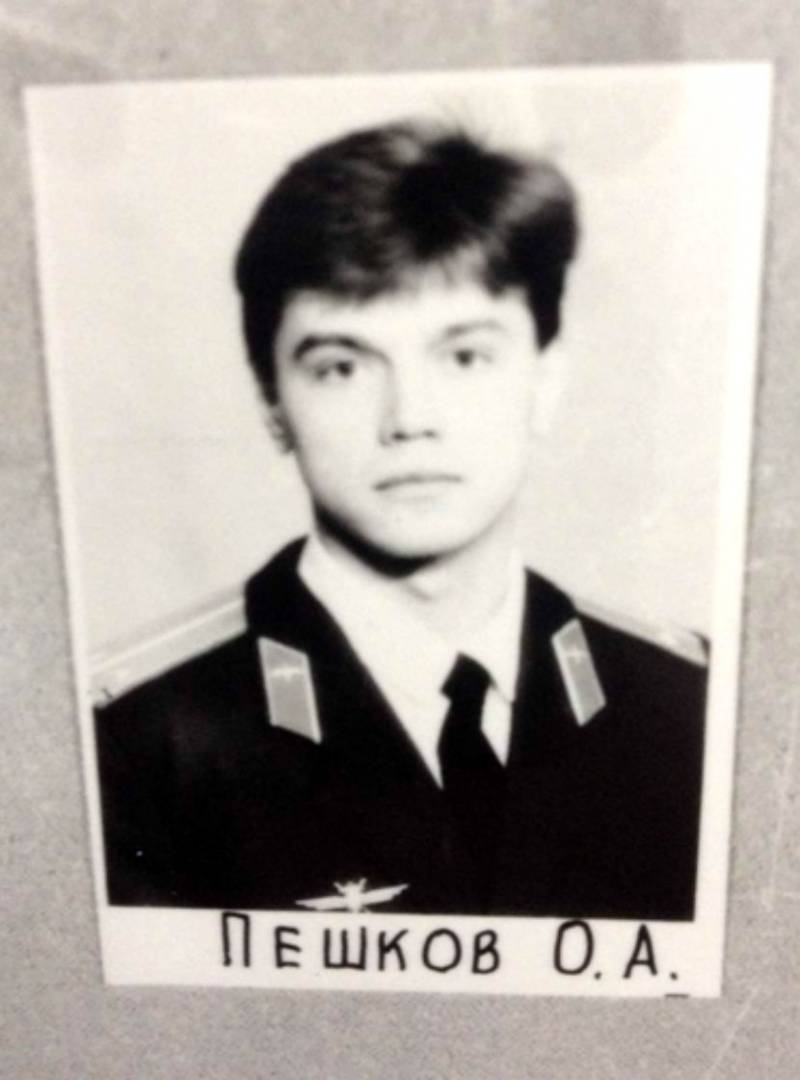 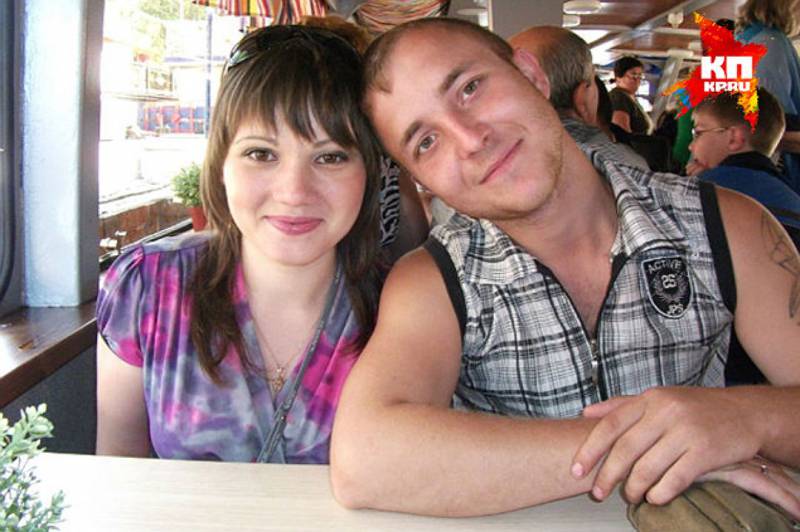 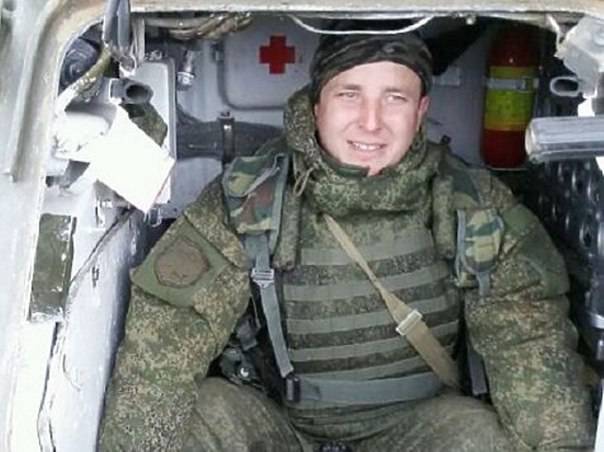 1 February 2016 of the year during a mortar attack by ISIL (banned in the Russian Federation) the positions of the Syrian army were fatally wounded by Russian military adviser Ivan Cheremisin. 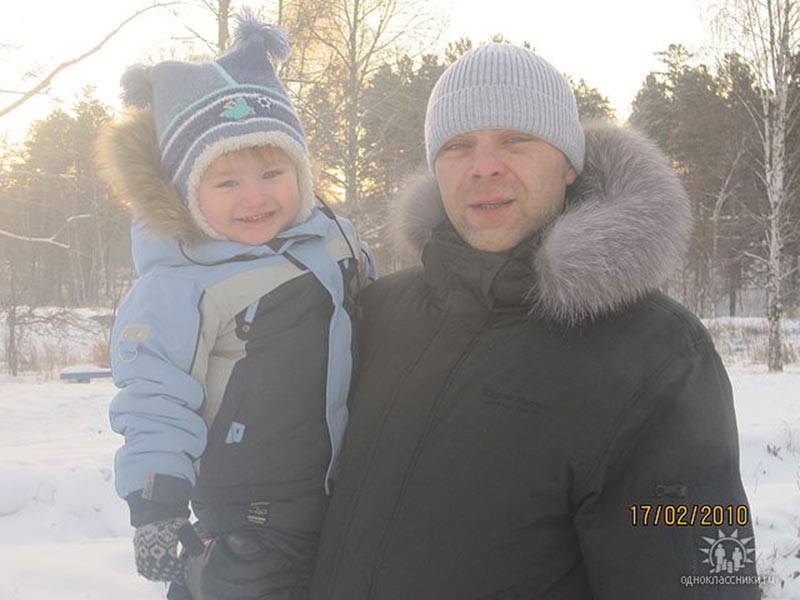 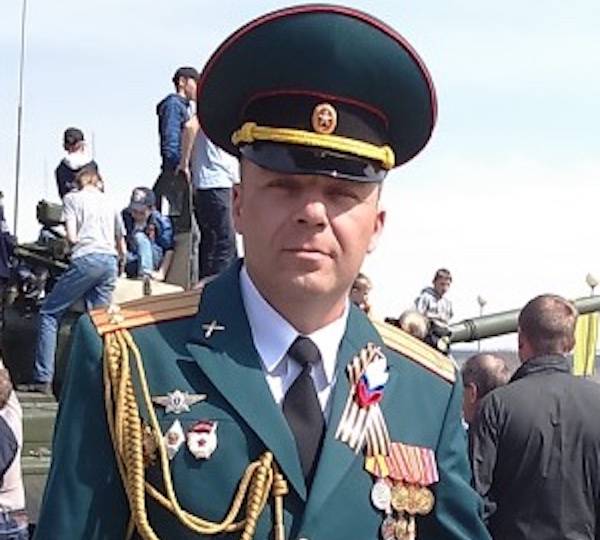 March 24 officer Alexander Prokhorenko, once surrounded, despised the captivity and called the fire on himself. A young 24 guy of age, whose wife is pregnant, caused a fire on himself. And here the world started. No matter how badly the western ones scratched their bald head, and even the pro-Western home-grown media, they couldn’t understand with their stingy logic. Not able to. And some people, and in general for complacency, reduced everything to fanaticism. The answer is simpler and deeper - Alexander Prokhorenko is a Russian officer. 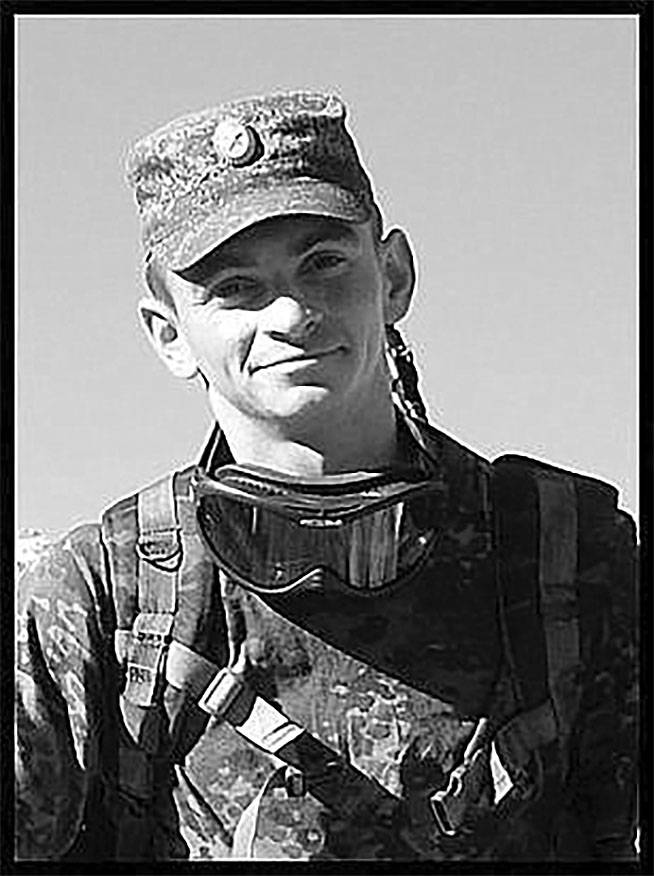 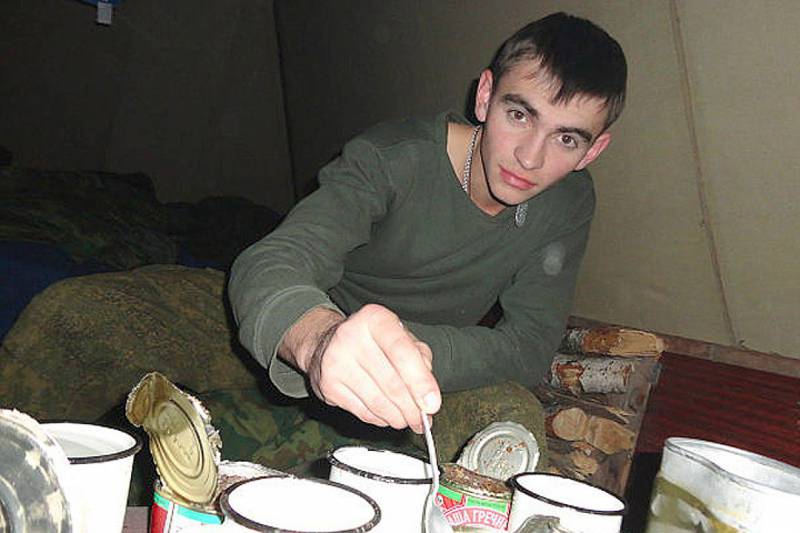 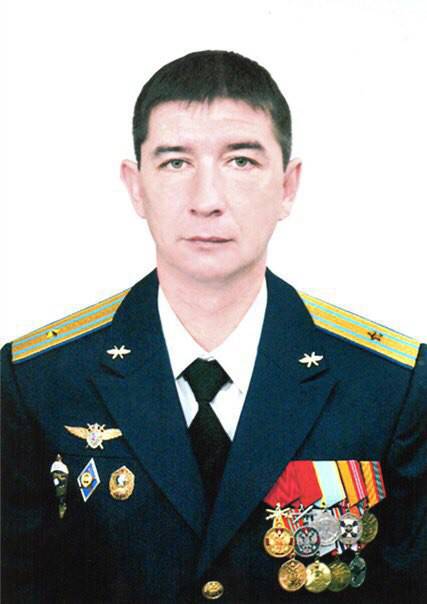 Andrei Okladnikov (despite all the efforts of the photo of Viktor Pankov, it was not possible to find, more precisely, to find the correct documentary photo)

11 on May was officially informed that while escorting a convoy of the Center for Reconciliation of the warring parties, Anton Yerygin was mortally wounded, two days later he died. Also in May, Russia lost Asker Bizhoeva, a soldier from Kabardino-Balkaria. 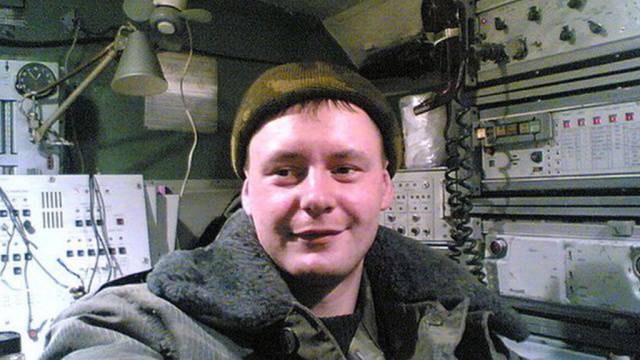 Anton Erygin (merry boy - so he was remembered) 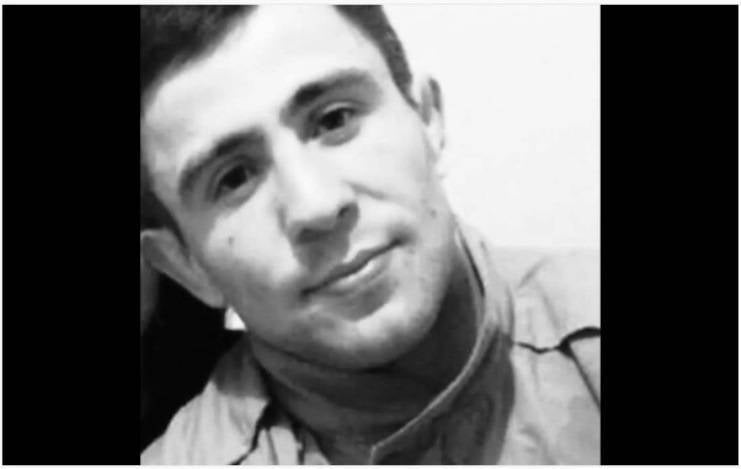 7 Junior Sergeant Mikhail Shirokopoy died in a Moscow hospital from severe injuries. After the shelling in Aleppo, he and the doctors fought even more than half a month with death, but ... 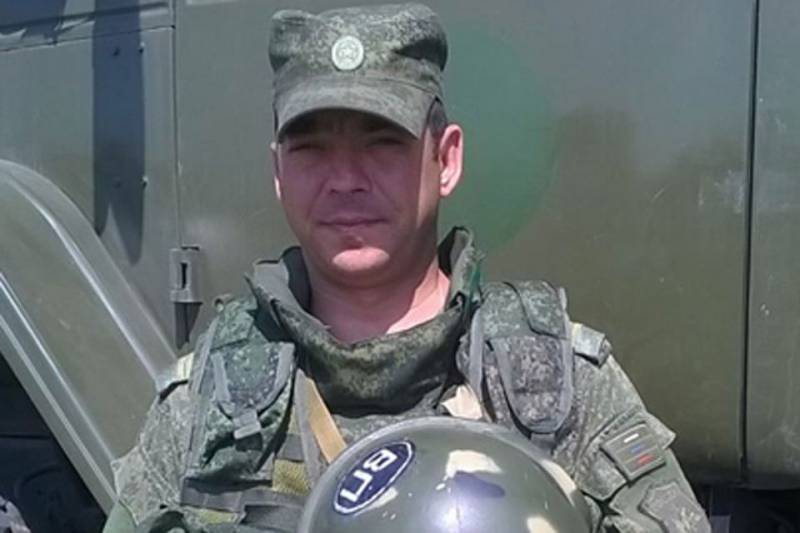 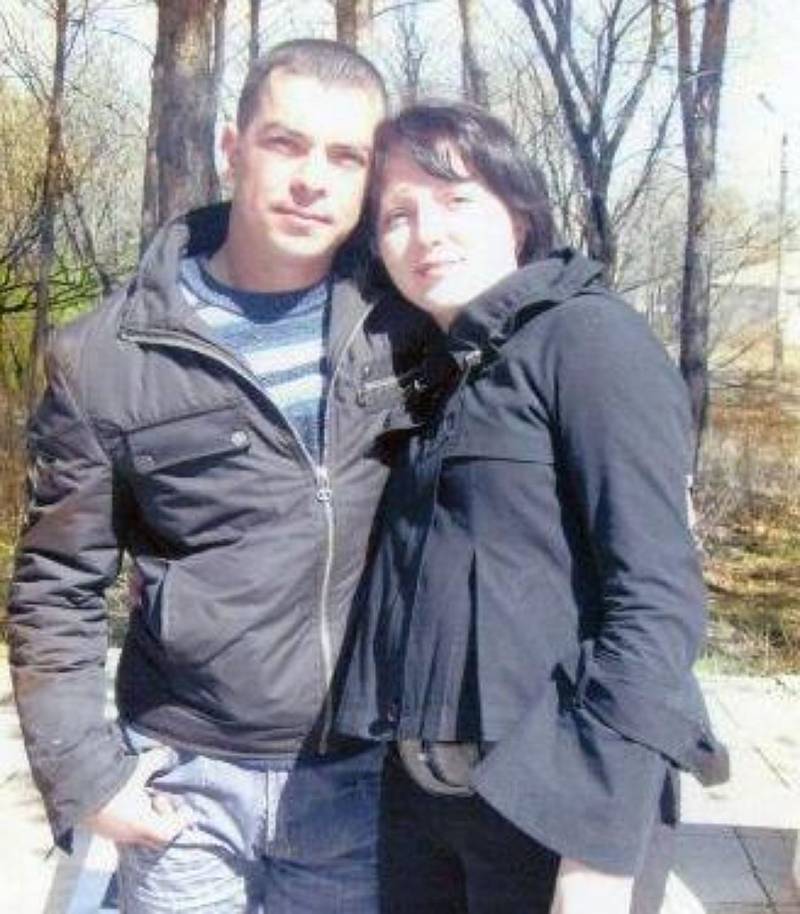 19 June sergeant Andrei Timoshenkov gave his life to the convoys of the Reconciliation Center could not break another "shahid-mobile", in which the terrorist tried to hold explosives to the place of issuance of humanitarian aid. 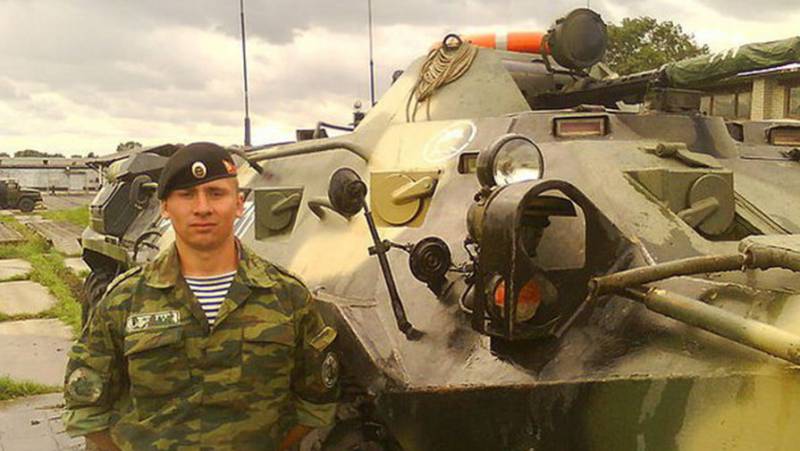 July 8 killed Russian helicopter pilots Ryafagat Khabibullin and Yevgeny Dolgin. As instructors who train Syrian pilots, during heavy fighting for Palmyra in breaking through the defense of the army, they decided to attack the positions of terrorists. They stopped the wave of these cannibals, but the crew did not return to the base, the pilots died. 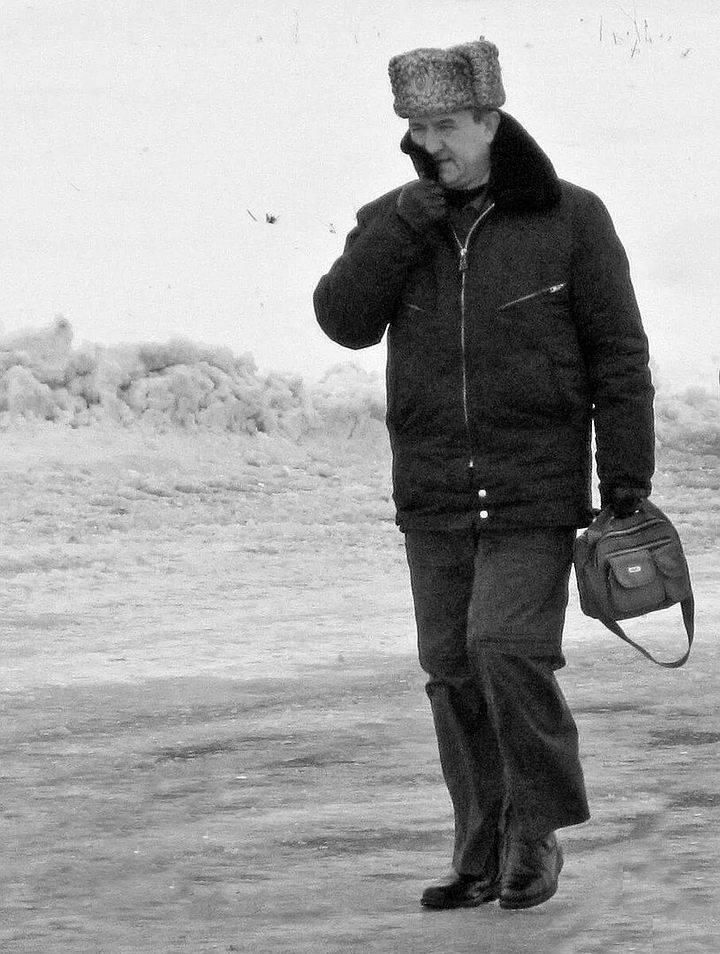 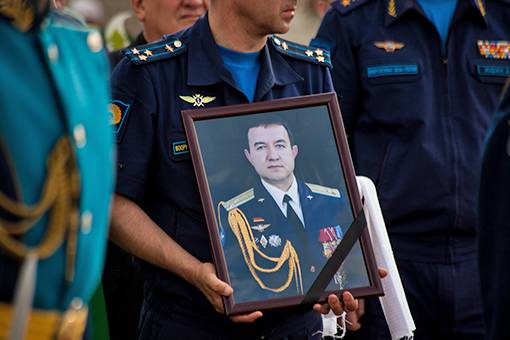 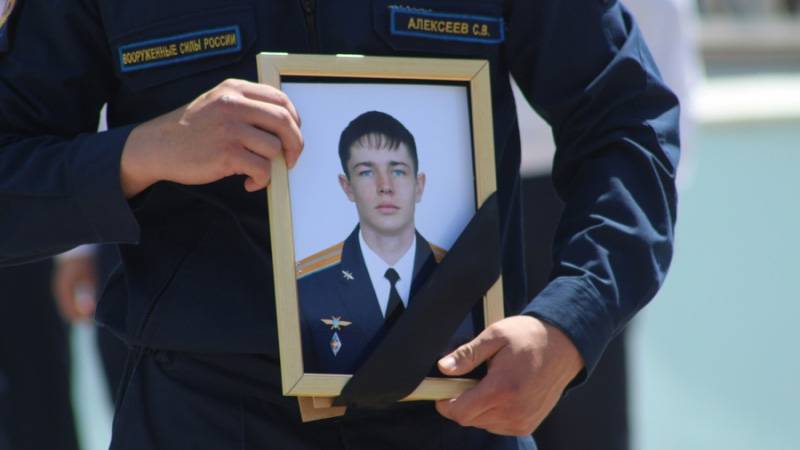 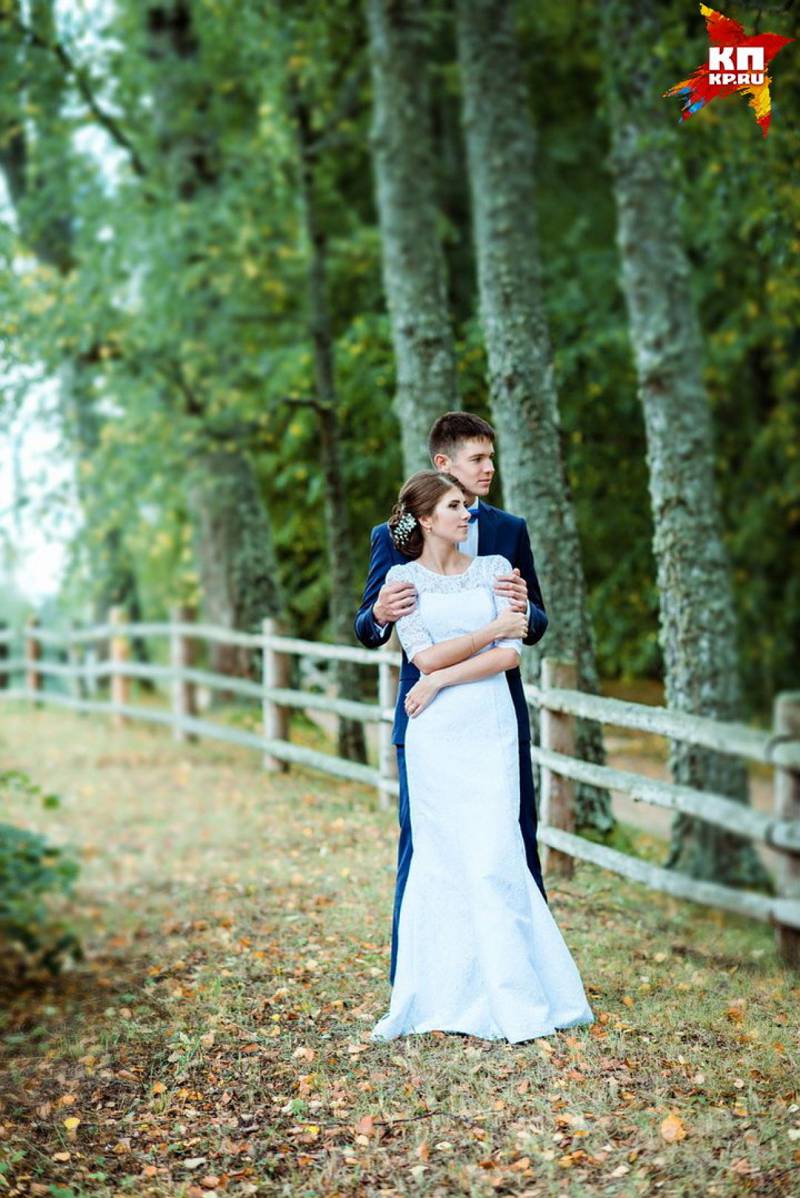 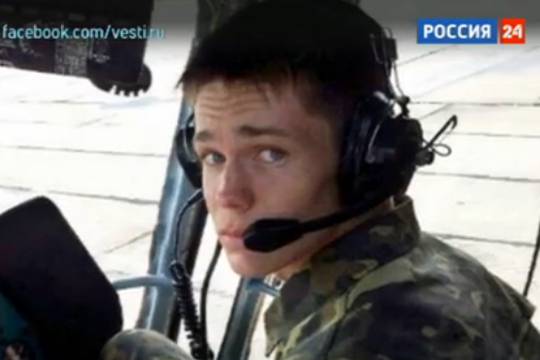 22 July killed Private Nikita Shevchenko. As part of the column, which carried water and food for local residents, Nikita's car was blown up by terrorists. 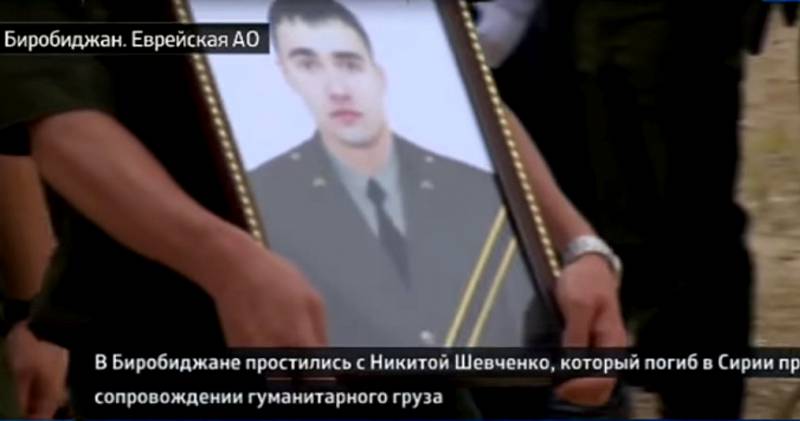 1 August was shot down by Mi-8. While carrying out a humanitarian mission in the province of Idlib, the helicopter was shot down. Trying to take the burning car away from the houses, three crew members and two officers of the Russian Reconciliation Center were killed. Scum did not fail to outrage over the bodies of those killed. The names of the dead are not officially named. 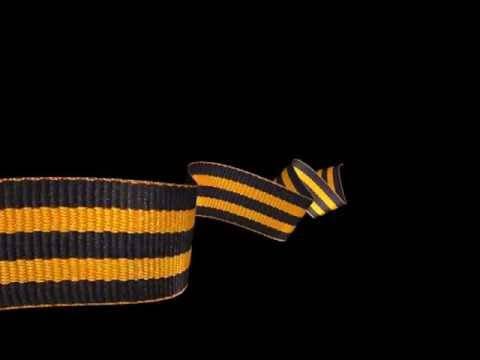 December 5 as a result of a cynical and immoral shelling of a field hospital killed two nurses - foreman Nadezhda Durachenko and senior sergeant Galina Mikhailova. Also injured was Vadim Arsentiev, a professor at the Department of Children's Diseases. At the time of the shelling, the hospital had already begun to receive local residents. 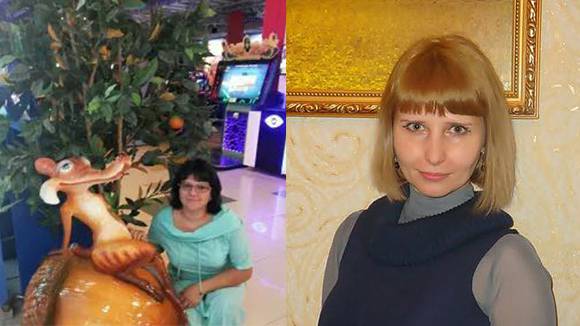 On the left - Galina Mikhailova, on the right - Nadezhda Durachenko

7 December it became known that Ruslan Galitsky died from his wounds. After the shelling in Aleppo, the doctors fought for the life of Colonel Galitsky for several days, but they did not manage to save him. 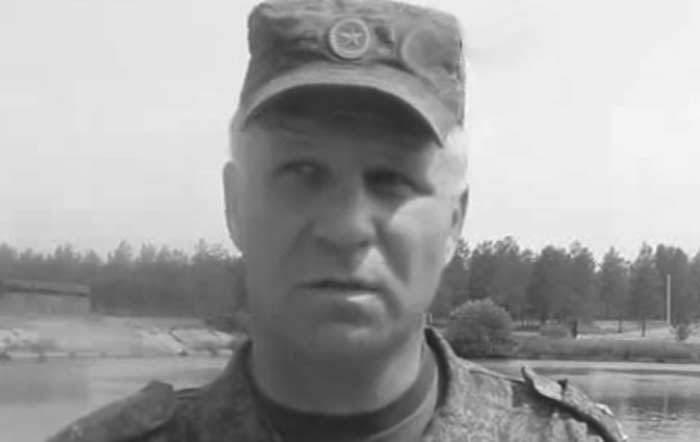 Who will we remember this year? Bilzho, Raikin, Navalny, Emanuel (or Amnuel, the devil breaks his leg), Gozman or Yeltsin-center (so that the volcano under him awakens)? Not.

We will remember them, look in their faces - this is the real Russia.