With shield and charter

December 16 2016
10
The Military Police of the Armed Forces of the Russian Federation established the 25 of March 2015 of the year. What she does and is responsible for, the “Military-Industrial Courier” was told by the head of the Main Directorate of the Military Police of the Ministry of Defense of the Russian Federation, Lieutenant-General Vladimir Ivanovsky.


- Vladimir Sergeevich, what are the functions of the military police? How is its interaction with the military prosecutor's office and military investigative agencies, other law enforcement agencies, as well as the Federal Service of the National Guard and the Interior Ministry?

- At the moment, the military police of the Armed Forces exercise separate powers of the inquiry body in terms of receiving and registering reports of crimes, carrying out urgent investigative actions in cases stipulated by the Criminal Procedure Code of the Russian Federation, and also performs specific instructions from investigators.

Interaction with other law enforcement agencies of the state gained particular relevance with the entry into force of the Military Police Charter of the Armed Forces of the Russian Federation, approved by Presidential Decree No. 161 of March 25 of 2015 of the year. 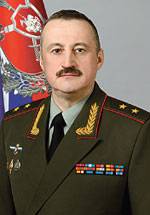 The main issues of such interaction and information exchange will be:

participation in the implementation of federal, regional, departmental programs and plans to combat crime in the country;
development of joint proposals to improve the legal regulation of law enforcement and public safety;
analysis of the state of law and order in the troops (forces) deployed in areas of responsibility of the military police, forecasting trends;
development of joint regulations, guidance documents, including orders, instructions, bulletins;
carrying out joint activities to identify and prevent offenses;
study of the practice and positive experience of detecting crimes at an early stage, conducting investigations, disclosing, preventing and suppressing crimes, administrative offenses and gross violations of military discipline;
legal training of military personnel.


The military police charter also entrusts her with the search and detention of draft evaders, assisting the internal affairs agencies in searching for and detaining without authorization the places of service suspected and accused of committing crimes, convicted, hiding from the bodies of preliminary investigation or court.

In addition, the internal affairs agencies cooperate to prevent illicit drug trafficking, while ensuring comprehensive security of mass events, such as the international military-technical forum, army games, the race of heroes, etc. 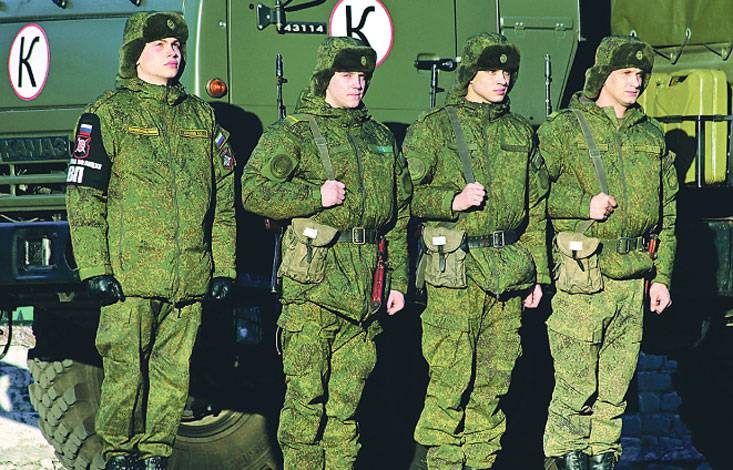 If we talk about promising areas, we can use the capabilities of our departments to enhance the training of military personnel, conduct joint seminars, conferences, fees, etc., provide mutual assistance in identifying offenses in their environment, creating joint coordination and advisory bodies.

- What is known about legislative initiatives, orders of the Minister of Defense, designed to change the powers of the military police?

- On the basis of the presidential order from 12 June 2016, a draft decree was prepared and is undergoing the procedure of coordination with the federal bodies of state power, which proposes amendments to the Statute of the military police and general military regulations. They provide for the return to our territorial bodies of the historically well-established name “military commandant's office”, assigning us the tasks of the garrison service, which the military commandant's offices previously performed, and the creation of military units of the military police as part of units.

- How does the guardhouse currently work? 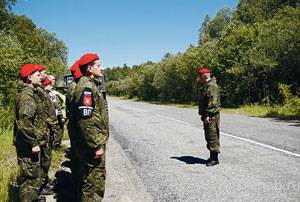 - The guardhouses contain military personnel of the Armed Forces, other troops and military formations subjected to disciplinary arrest, detained on suspicion of committing a crime, suspected or accused of committing a crime if elected in relation to the criminal procedure legislation of the Russian Federation custody. As well as those sentenced to detention in a disciplinary military unit, in respect of which, before the sentence came into legal force, the court selected a preventive measure in the form of detention, convicted to arrest with serving a sentence in the guardhouse.

The stay in the guardhouse is regulated by the federal law “On the custody of suspects and accused of committing crimes” (No. 103-FZ of July 15 of 1995) and the aforementioned presidential decree No. 161. The basis for admitting servicemen to the guardhouse is the duly executed ruling of the judge of the garrison military court on the use of disciplinary arrest (court decision on the enforcement of the sentence), sentence, judicial decision on detention, protocol of detention or protocol on the application of measures to ensure the production of disciplinary materials. misbehavior. 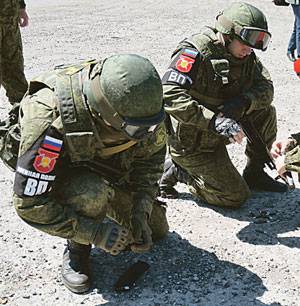 The military prosecutor’s office at the guardhouse regularly conducts surveillance activities. Organized work on the interaction with members of public monitoring commissions. All current guardhouses, and their currently 11, comply with the standards set out in the agreements and declarations on human rights ratified by Russia.

Officials of the garrison guardhouse strictly adhere to the procedure for admitting military personnel to whom the courts have applied disciplinary arrest. Violations of the regime of its execution is not allowed. Logistical and medical support complies with the requirements.

- What samples of weapons and military equipment, special means have already been received by the military police, which will be purchased?

The state defense order for 2017 and the planned period of 2018 – 2019 provides for the provision of special wearable weapons and equipment to the military police bodies. These include the “Module” vest, designed for individual protection against firearms. weapons, “Avant-garde” shield for individual protection against the impact of temporary loads arising from a blow with sticks, rods, etc., and a “Cap-1” helmet for individual protection of the head from impacts with various striking elements and melee weapons (dagger, knife), “AIR-107U”, “ESHU-200”, “ESHU-300” electroshock devices for non-lethal impact on the offender with a series of high-voltage current discharges, means of limiting mobility (handcuffs) BOS for patrol service, BCS for convoy, flashlight special laser Stream - for temporary blinding of the offender without the onset of harmful consequences.

It is planned to purchase special vehicles. First of all, it is the UAZ-3163-015 of the AP Patriot with a compartment for two detainees. It is intended for patrolling and delivery of reserve groups to duty stations. A special UAZ-396221 military police car with four single cells is used for escorting to court, to places of investigation and other procedural actions. The ATNP-5350 special vehicle at the KamAZ base will be equipped with military police units to transport rapid response teams to places of mass and special events.

All of this suggests that the leadership of the Ministry of Defense pays great attention to equipping our units with the necessary AMCF, which will certainly increase the efficiency of the tasks assigned to the military police.