Are the Syrian special services capable of treason? 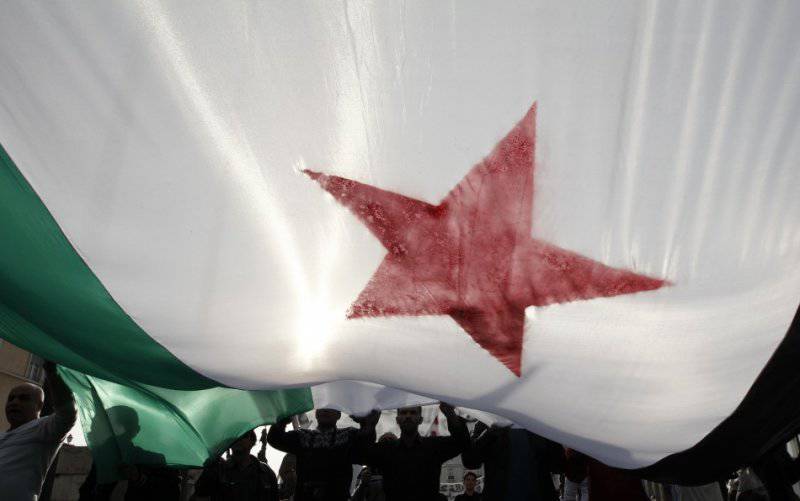 All those who dislike the Assad regime are celebrating a great victory: for the first time in 10 months of struggle, the Syrian army general Mustafa Ahmad al-Sheikh switched to the side of the opposition forces. This high-ranking military deserter, according to Western media, is either the leader of a large army unit, or was a representative of intelligence.

At the moment, opponents of the new regime are ready to bet on the possibility of organizing a palace coup. And if we take into account the fact that the Syrian special services have a great influence in the country, then such an attempt will be organized precisely with their participation.

Recall that all efforts aimed at overthrowing the Assad regime by the Syrian people themselves, did not bring results. Direct aggression is currently not possible for a number of reasons, and besides, the opposition has prepared a similar method for the most extreme case. Therefore, the most feasible is, if not a classical conspiracy, then at least a noticeable weakening of the regime, organized by bribing its most influential representatives.

This scenario is also possible because the representatives of the Syrian special services have long-term well-established relations with their counterparts from France and the United States of America.

2011 was a jubilee year in this cooperation, as after the events of September 2001, secret talks were held between the American and Syrian secret services, the subject of which was the rejection of communications with Iran and radical groups, including Hezbollah.

The cooperation of Americans with Syrians became more noticeable at the beginning of autumn, when high-ranking officials from the CIA, who represented the Anti-Terrorism Department, arrived in the capital of Syria. During these negotiations, ways to jointly fight against international terrorism, in particular, radical Islamic groups, which operated not only in Europe (Germany, Belgium, France), but also in the Middle East (Pakistan, Lebanon and Afghanistan), were subject to discussion.

Almost at the same time with these negotiations took place the other ones that took place in Beirut. US Ambassador Vincent Battle, who, according to some sources, is also an officer of the CIA, met with Ghazi Knaan, who is the head of the Syrian Muhabarat office in Lebanon. Assad was forced to take such measures. Thus, he hoped to deal with those Syrian Islamists who fled to the West in the second half of the twentieth century, and also tried to raise their image in the eyes of the countries of Europe and America. This, in turn, should have been a guarantee of the success of the economic reforms in Syria.

At the same time, the American government planned to use Syria to protect Israel from the Hezbollah group. And for this they promised the Syrian President to help establish peaceful relations with the Israeli state and return the Golan Heights. But on this the role of Syria in the American plans of reforming the Middle East region was not limited. The Americans also wanted to use Assad in the process of removing Saddam Hussein from power.

Negotiations were not in vain. Already in 2002, the Syrian secret services jointly in the Americans successfully prevented a terrorist attack against American facilities located in Saudi Arabia. Moreover, with the help of Muhabrata, Muhammad Haydar Zamar, who was suspected of involvement in the events of September 11, was caught. At the same time, a significant number of Islamists who had contacts with Bin Laden were arrested by Syrian security forces.

The 2001-2002 period was the most successful in stories relations between Syria and America. This also applies to politics. Official Washington has repeatedly stressed that he no longer considers the Syrian state an enemy of the States. Moreover, during his visit to Damascus, US Assistant Secretary of State for the Middle East even gave the Syrian President thanks from his American counterpart for their active participation in the fight against international terrorism, especially Al-Qaida.

It is quite natural that such relations could not exist for a long time. And in the spring of 2002, both sides were deeply disappointed in them. A vivid example of this is the secret meeting of representatives of two states, which was held in Houston on May 20. In addition to diplomats, representatives of the special services were invited to it, as well as Arlen Specter, Chairman of the Committee on Intelligence, who had already managed to establish long-lasting ties with representatives of the Syrian special services. During this meeting, the US government accused the Syrian authorities of mediating between Palestinian and Lebanese terrorists and Iran.

The leader of Syria could not break up relations with the Palestinian resistance and Hezbollah, since this would inevitably lead to a loss of influence in Lebanon, which was of great strategic importance to Syria. And this, in turn, would cause the loss of the status of one of the leading states in the Arab region.

Despite the failure of the negotiations, representatives of the American special services still dared to achieve what they wanted, namely, to establish close contact with their counterparts from Syria, which may well be used against the Assad regime. Some American sources report that a significant part of the representatives of the closest circle of the Syrian leader repeatedly pointed out to him the need to revise state policy, in particular with respect to the Hezbollah grouping.

At the moment, it is not yet known whether the States will be able to realize all their plans, because they already have a similar practice in relations with Iraq and Libya. At the moment, the attempts of the Americans have not been successful, but who will be able to give a guarantee that the Syrian special services will fully support their leader?

The embodiment of the ideas of Americans is complicated by the fact that the system of state security of Syria in its structure has a large number of parallel organizations that monitor each other. And inside each of these special services there is also an internal security department.

Such a structure of the special services was formed by the father of the current president, and each organization is directly controlled by the president. However, taking into account the fact that Mukhabarat plays the leading role among all the special services, the American government can still achieve some success. Moreover, the Syrian special services are not only subjected to sharp criticism from the civilian population, but also subject to corruption.

In addition, the events that occurred at the end of last year, made it clear that all the legends about the omnipotence of the Syrian special services do not really have a real justification. Recall that 23 December in Damascus thundered two explosions, which killed not only security forces, but also civilians.

Even in spite of the fact that there are several types of special services in the country, and, it would seem, the situation should be completely controlled. There is even an opinion that every second in Syria is an undercover agent. But the fact remains that state security proved untenable in repelling enemy strikes against the existing regime.

And to track down real enemies still fails. After all, a situation similar to the one that occurred in Damascus does not take place for the first time. State security agencies failed to prevent a single major conspiracy, which were held at constant intervals in Dera'a, Deraz-Zor, Jisr-el-Shugure, Hama, Homs and Latakia. Representatives of the special services showed themselves from the worst side. It is assumed that some of them helped the Islamists for money. And this is not the only fact of corruption. And at the moment they are more like a mafia structure.

Not happy about the fact that in all the cities where the uprisings took place, treachery was noted to one degree or another. For example, in Jisr al-Shugur, one of the state security workers gave an order to the bandits, according to which it was forbidden to use weapon against those on the streets. Then the authorities still thought that the situation could be resolved without the use of force. However, an aggressive crowd rushed into the building of the State Security Office and inflicted cruel reprisals on people.

It should be noted that signs of such insolvency were already noticeable in 2008, when Imad Magnie, one of the leaders of Hezbollah, was killed in Damascus. And despite the fact that his whereabouts were kept secret, and very few knew him by sight. However, he was killed, and they did it in a zone protected by the Syrian special services.

As a result of the investigation, a significant number of so-called “moles” who worked for the security services of Saudi Arabia and Riyadh were identified and arrested.

Very often, it was the actions of the special services that served as the beginning of the riots. There are a lot of rumors in the country, confirmed by real facts, about the numerous atrocities of the mukhabaratchik, which even people who support the Assad regime call it frantic.

A completely natural question arises: can one rely on such “specialists” in the struggle to preserve the state?