In South Korea, have tested the upgraded ZRPK "Flying Tiger" 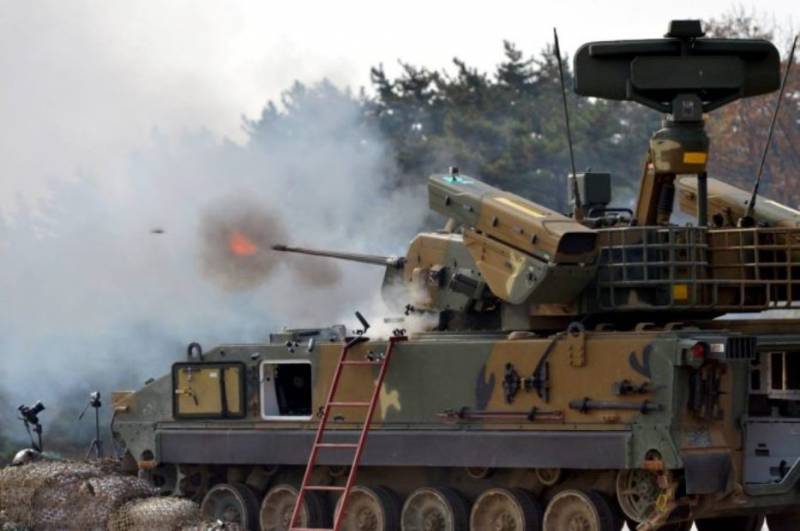 In the basic configuration, the complex is equipped with two 30-mm cannons with a rate of 600 rounds per minute (ammunition load of one cannon - 300 shells). The firing range - about 3-x km.

There is a high accuracy of the artillery system with the defeat of air targets.

Photos used:
Army of the Republic of Korea