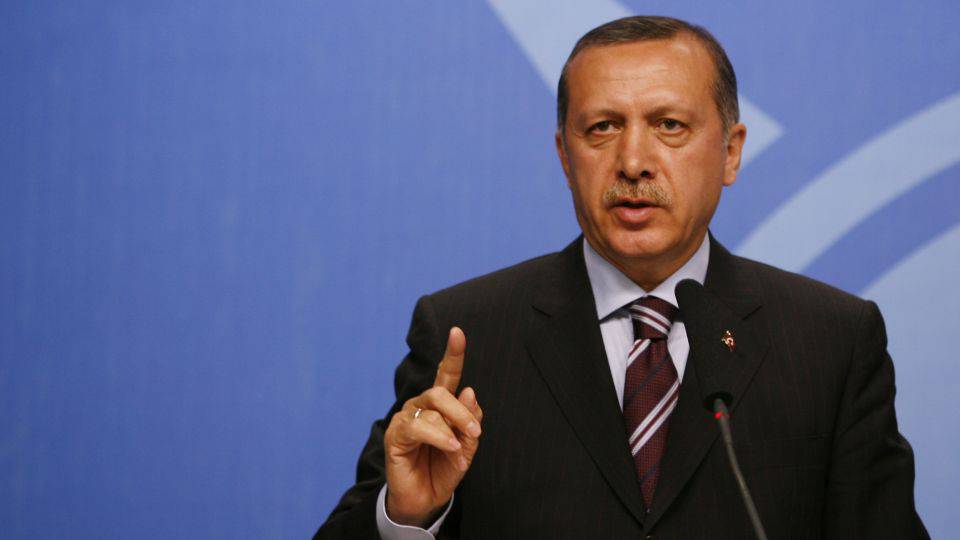 The unique ability of international terrorist organizations to stay afloat, even when the entire civilized world is waging war against them, continues to be puzzled by a number of experts. It would seem that they can oppose the Islamic radicals that have gathered in the Middle East from all over the world to the leading military powers?

It turns out that they can very much. However, we will not exaggerate now the military genius of extremists, even though there are plenty of former personnel officers, primarily from the Iraqi army. The main reason why terrorists manage to continue their bloody march through the Middle East region is widespread financial support from outside. And if everything is clear with this moment, the question of who provides this very assistance still remains open. In any case, for a simple inhabitant.

But the president of Turkey Recep Tayyip Erdogan knows the answer, and he did not fail to share it with the public. In particular, speaking on the eve of the Pakistani parliament, the Turkish leader said that Western countries provide support to terrorist groups. As proof of his words, Erdogan cited the fact that weaponwhich extremists use is made in the West.

Let's face it, the accusation of the head of Turkey, voiced against the military-political leadership of the North Atlantic states, is unlikely to turn the latter into defendants, say, the International Court of Justice in The Hague. However, his words still make him think.

After all, it now turns out that the international antiterrorist coalition, which has more than sixty states headed by the most efficient army in the world, has been hitting the militants for more than two years, but there hasn’t been any real result. Moreover, until the Russian VKS started to perform tasks on the territory of Syria, extremists managed to take control of a significant number of new settlements in Iraq and the SAR. Also, the continued support of the United States and its allies, the so-called moderate opposition, whose close ties with the radicals are informed, including in Washington and Brussels, confuses the world community.