In Moscow and St. Petersburg, 10 militants were detained for preparing terrorist attacks 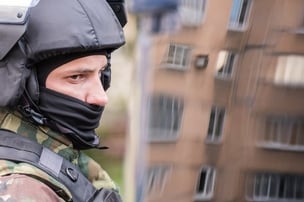 The FSB announced the detention of 10 people suspected of preparing terrorist attacks in Moscow and St. Petersburg. This was reported in the department’s press release to RT.
According to updated data, the group planned to commit terrorist acts using machine guns and explosives in crowded places.


"The activities of an interregional terrorist group consisting of people from Central Asian countries who planned to carry out a series of resonant sabotage and terrorist acts in the city of Moscow and the city of St. Petersburg, have been stopped," the ministry said.