October 3 2016
19
Every year October 3 in Russia celebrates the Day of the special purpose police units (OMON). This date was approved on the basis of the order No. 190, which 1 of March 2002 of the year was signed by the Minister of Internal Affairs of the Russian Federation Boris Gryzlov. In the order, the choice of this particular date was justified as follows: October 3, 1988, for the first time, a special police unit was created as part of the USSR Ministry of Internal Affairs. Riot police were created in four republics that were part of the Soviet Union, namely in the BSSR, KSSR, USSR and RSFSR, as well as in the 14 regions.


At the same time, riot police at the Moscow police department celebrates its birthday later - October 23. It was on this day of October 23 1987 of the year that it was formed. At that moment in the country as a whole and in the capital in particular, it was difficult to call the situation stable. The city constantly organized and held various meetings, which often turned into carnations. The newly formed police unit was supposed to assist not only in the fight against natural riots, but also in the fight against crime. When creating a special police unit in Moscow, the regiment of the patrol and patrol service of the militia was taken as a basis, whose officers and officers already had experience in organizing the protection of public order during major sporting and cultural events.

It so happened that after the collapse of the USSR, riot police units remained only in two cities of Russia - in St. Petersburg and Moscow. Only some time later, similar units began to form in other major cities of the country. By the end of 1990, riot police units existed not only in cities of regional importance, but also in almost any city of the Russian Federation, whose population exceeded 500 thousands of people. At the beginning of 2010 in Russia, there were already about 200 units of the riot police. 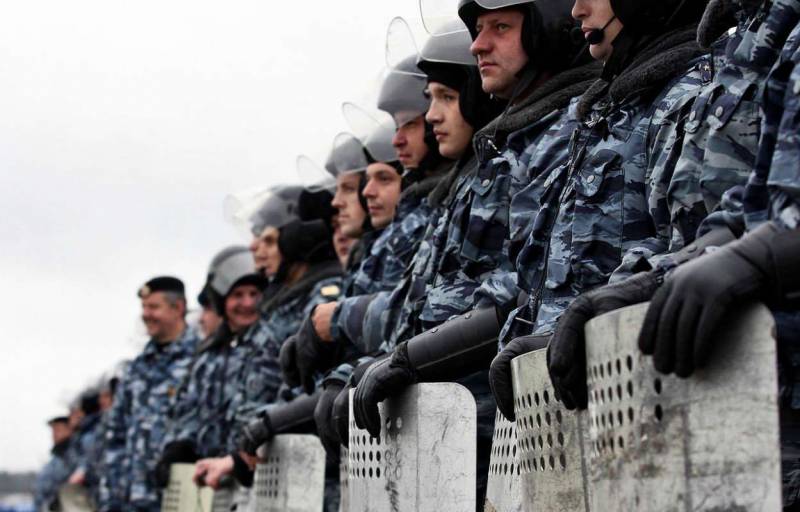 Riot police units are asked for help when a direct confrontation with criminals arises. Moreover, such units are the most mobile. In professional terms, they are better prepared than others to act in conditions of possible emergency situations. Most often, they are attracted to the detention of the most dangerous criminals, the elimination of large organized criminal groups, terrorists, to curb riots and hooligan manifestations. Also, riot policemen provide public safety and law and order in emergency situations, provide cover for the work of criminal police groups and other units of the internal affairs bodies during events related to the detention of especially dangerous criminals, terrorists or the release of hostages.

In 2002, OMON Day was approved in Russia - a professional holiday for all employees of the Ministry of the Interior of the Russian Federation who serve in mobile (formerly police) special forces (OMON) detachments. The order on the establishment of this professional holiday emphasized the role of such units in maintaining law and order in the country: “A special police unit is needed to fight crime on a large scale, when other internal affairs agencies are unable to cope with the problem alone. The riot police provide support to the internal affairs agencies, covering them in combat and stopping armed criminals by force, for example, storming buildings seized by terrorists, freeing hostages, etc. ”

Today, the purpose of the riot police is declared as follows: the execution of dangerous tasks in the conditions of the city, including: the seizure and liquidation of armed criminals; power support of traffic police posts and patrols of the city police; ensuring law and order during mass public events. In addition, the riot police are involved in the task of ensuring security and law and order in the "hot spots" in the territory of the Russian Federation, in particular, many employees were involved in the hostilities in the North Caucasus. It was in the North Caucasus region that riot police fighters went through a hard school of courage and testing (almost all regional OMON units went on business trips here). In the Caucasus, they became participants in numerous special operations and sweeps, measures to block and detain terrorists, criminals, release hostages, and also participated in special operations to detect and subsequently neutralize explosive objects and substances, while ensuring the safety of civilians. 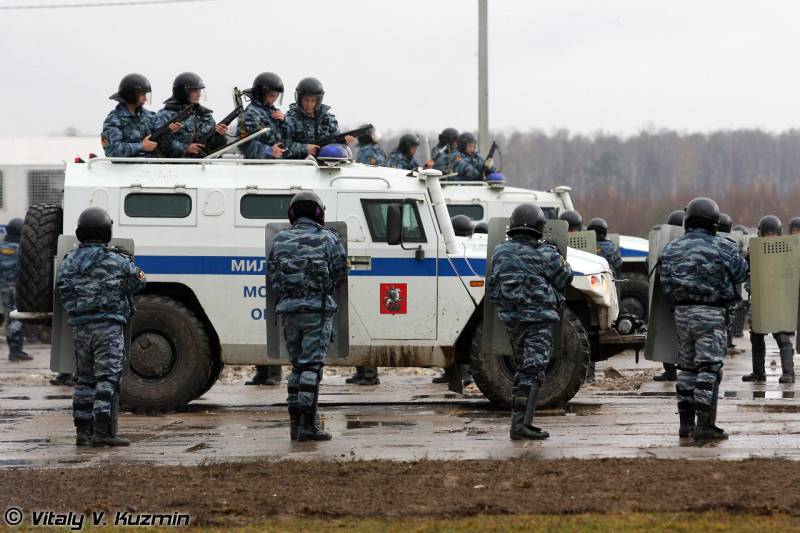 Most often, riot police are better armed than regular police officers, and their fighters undergo special training. Armed with riot police is a wide range of different weapons - from conventional AK-74M and AK-74U rifles to Vintorez BCC sniper rifles and BTR-80 armored personnel carriers. Candidates for riot police must serve an emergency service in the ranks of the Armed Forces of the Russian Federation, be no younger than 20 and no older than 32. For admission to the squad, you must pass a medical examination, pass psychological tests, as well as the necessary standards for physical training. Initial training of employees lasts four months and is held in special training centers. New employees are required to study various types of weapons, which are used in the riot police, undergo legal training, actions in melee. Particular attention in the process of training employees is paid to conducting operations in the city and cleaning up buildings.

It is difficult to call the service of the riot policemen simple: it requires firm character, strength of mind and high responsibility. Since the OMON fighters have to solve quite complex tasks to ensure the safety of the population in emergency situations, and such situations in our country occur quite often. 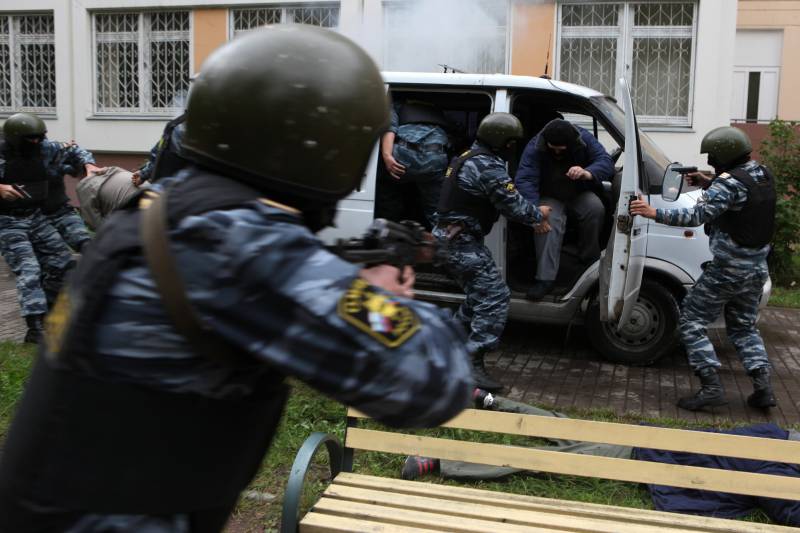 But no matter what department the OMON detachments belong to and no matter how they are called, their employees in modern Russian stories more than once they have proved their high professionalism, dedication and work for the benefit of society. Dozens of riot policemen gave their lives for their country, they died in the performance of their official duties. That is why we must respect their extremely dangerous and hard work. In many ways, thanks to their work, we can feel more secure, while riot policemen are risking their health and their lives for this. Many of them were awarded with state orders and medals, including posthumously.

Ctrl Enter
Noticed oshЫbku Highlight text and press. Ctrl + Enter
We are
Riot dayThe action “Military service under the contract is your choice!” In Rostov-on-Don: future contract servicemen, exhibitions and “Russian Knights”
19 comments
Information
Dear reader, to leave comments on the publication, you must to register.