The newest reconnaissance chemical machine РХМ-5 or the Soviet "Kashalot"? 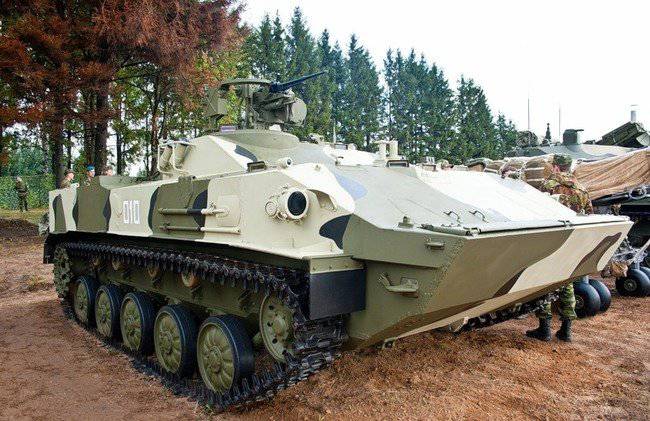 The GLONASS satellite system, the most sophisticated computer technology and technical characteristics of the highest level - all this combined in itself a new reconnaissance chemical machine, now being mastered by Tula paratroopers. It does not sink, does not burn and can even fly. The PXM-5 is a real caterpillar bunker with excellent maneuverability and relatively low weight. The PXM-5 easily develops a speed of several tens of kilometers over rough terrain and provides high crew protection against the damaging effects of various weaponsincluding weapons of mass destruction. Such reconnaissance chiming for airborne units, always at the tip of the attack or being thrown to the rear of the enemy, is simply necessary.


"Universal reconnaissance" for the Airborne Forces was designed and developed in Tula. Tula Plant has long been engaged in the creation of chemical machines for the Russian armed forces. The company even created a whole KB. The RHM-5 can fly, swim and reach practically any point or to any object on the ground, after which, upon arrival at its destination, conduct radiation, biological or chemical reconnaissance. At the same time, the crew remains inside the car and monitors the situation through the visor.

However, a good impression of this machine spoils a large number of other messages relating to the PXM-5. According to the gps-club.ru Internet portal, the RHM-5 being tested at the test site near Tula, is in fact the Cachalot REM that was created in the Soviet years. The new chemical reconnaissance, as well as “Kashalot”, was created on the basis of the 6-Katkovo undercarriage of the MT-LB, a multipurpose conveyor-tractor, created in 70-s.

As it is known, a chemical reconnaissance vehicle for the Airborne Forces was created by VgTZ in 2002. BMD-3 was used as a base. The new chemical scout had the designation РХМ-5 “D-1 wagon” (“958 object”, five single-pitch rollers on board). They produced a prototype, which was published many times in the magazine “Military Parade”, on advertising pages, as well as in other periodicals. Creating a chemical reconnaissance vehicle based on the BMD-3 was a logical decision, since the troops should have a unified chassis. The production of this machine started in 2009 year at OJSC “Plant of Tula”. In addition, this machine was revolutionary for the Russian defense solution: 7,62-millimeter machine gun installation, remotely controlled.

On the basis of the BMD-3, in addition to the РХМ-5, the “D-1 Carriage” was created by the SPNT 2С25 “Sprut”, the BTR-MD “Rakushka”, the BMM-D, the SAO 2С31 “Vienna” and other machines. But the base BMD-3, like the BMD-4, did not go into large-scale production. Having completely forgotten about the unification of the landing gear of combat vehicles for the airborne forces, it was decided to create a BMD based on the BMP-3 Kurganmashzavod. Thus, a completely new machine for the Airborne Forces with the designation BMD-4 and the letter "M" was obtained. As a result, Kurgan designers received a shortened (5-roller) BMP-3 having a fodder part traditional for an airborne assault vehicle of Volgograd production. In the manufacture of armored hull reduced BMP-3 used aluminum alloys. However, everything is far from the best with this “hybrid” machine: during 2011, the Airborne Forces planned to deliver the 10 BTR-MD “Shell” and BMD-4М of the first installments, that is, the backlog was two years. In addition, the fulfillment of this order was questionable: having become a monopolist supplier of tracked armored vehicles for the Airborne Forces and ground forces, Kurganmashzavod presented a claim to the customer for the delay in financing. 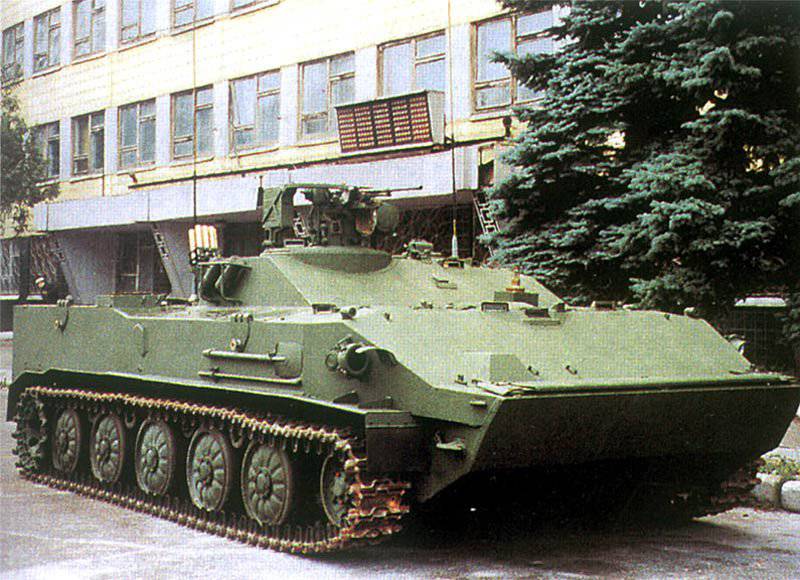 A paradoxical situation has arisen with military equipment for the airborne troops, because no one has canceled the production of Spruts, Shells and other armored vehicles of the BMD-3 family, although their production at VgTZ has difficulties. It turns out that the Airborne Forces must have two different types of combat vehicle chassis based on the BMP-3 and BMD-3, which threatens VgTZ - which is a traditional supplier of military equipment for the Airborne Forces - who turned out to be in a difficult fin. bankrupt situation. But for the time being, due to their lack of troops in the new BMD, specialized vehicles will most likely be built on the old Soviet chassis, such as MT-LB.

In 2011, it was reported that a new 5-7-roller unified platform was being developed for the airborne troops. Probably, the base will be the shortened BMP-3 Kurganmashzavod, that is, the BMD-4М, or the new platform (reported that the BMP-3 landed is not satisfied with the airborne forces according to its requirements), and its 7-roller length versions will be translated " Springs "," Shells ", 2С36" Crimping "(self-propelled artillery guns), as well as other specialized vehicles of the airborne troops. When this happens is still unknown.

Looking at the RCM-5 for the Airborne Forces on the basis of the RCMM “Kashalot”, as well as the lethal charge for BMTZ for BMD, we recall the last year’s cry of D. Medvedev on the Day of the Airborne Forces: “It is necessary to master the new, high-tech equipment and weapons”. Like, take what you have, they took care of the unification - you just need to wait a few years. On the website of the Ministry of Defense and on other websites, information about the testing of the chemical reconnaissance machine РХМ-5 at the Tesnitsky test site was without illustration.
Ctrl Enter
Noticed oshЫbku Highlight text and press. Ctrl + Enter
We are
The Ukrainian army is fighting on the "Chernobyl" RXM "Sperm whale"?Airborne are tested the latest reconnaissance machine, type RHM-5
Military Reviewin Yandex News
Military Reviewin Google News
16 comments
Information
Dear reader, to leave comments on the publication, you must to register.