Paid education in Russia: “for” and “against” 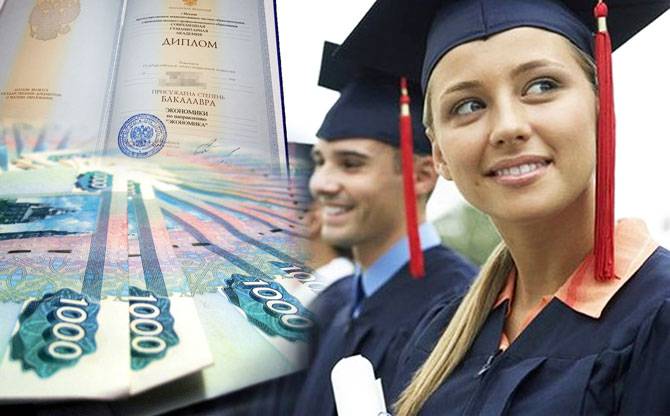 Our citizens, who received the best education in the world, “charged” cans of water from the TV with Kashpirovsky, after which they took all the savings to MMM. More eloquent examples are difficult to name. Probably, Heraclitus was right: "Multiple knowledge does not teach the mind."

They say that the USE is to blame for everything. I appeal to everyone who was handed a certificate long before the introduction of the Unified State Exam.

Question about stories. Name at least one figure from the sixteenth century.

Maths. What is the function? Her concept in a nutshell.

Physics. The first law of thermodynamics. Formulation and physical. meaning.

To all the questions: “A? Uh-uh ... ”Then let me find out what you have been doing 10 for years at school, and then for five long years in university lecture halls? Questions can be changed, but the essence of the answers will remain unchanged.

In principle, this is a personal matter for everyone, but for some reason the state spent billions on the education system. And if at the output every time it turns out Kashpirovsky and “independent”, then, probably, it is worth changing something to improve the overall efficiency of the education system. For in the present form the result is obvious.

“Education at any level should be free. "Elite" schools should not be, because from birth all people are equal ... "Elite" schools disfigure the very idea of ​​education, divide children into "elite" and others, into the elect and not. The upper level of education should not be determined by the thickness of the wallet, but by the person himself, depending on his abilities and diligence. ” (From the article “Modern High School. Teacher's Notes”, published on the “VO” 28 July 2016 of the Year.)

Yes, any schoolboy knows that chocolate and iPhone cost money, and a lesson in mathematics does not cost anything, you can safely walk it. Or sit on the "gallery", flapping ears. All that is free has no value. Such is human nature, the “Manilovian dreams” will be left on the conscience of idealists.

Do not worry, a burst of indignation will be triggered by those who have long received their diplomas and settled in life. Students themselves will perceive this fact as ordinary. Those, those who want to enter the faculty of their dreams have long been accustomed to extracurricular activities, preparatory courses and tutors. Without all this, you can safely forget about entering the budget in a leading university. Too great competition. There are many talents in Russia.

Those who want to quickly finish the “vomiting” will accept this thought with relief. Anyone who has become uninteresting in school will get a real chance to stop torturing themselves, teachers and parents.

Money does not decide everything

Remember the old truth: talent needs support, mediocrity crawls through itself. Schoolchildren do not need some abstract "houses of creativity" and "circles" (certainly free), in which no one will go anyway. Modern students need scientific forums and Olympiads. With non-illusory bonuses in the form of grants for admission to the leading universities of the country. With the organization of excursions and summer "internships" at research centers, research institutes and research and production associations - for the best of the best, who have shown outstanding abilities in selected areas: fundamental physics, chemistry, biotechnology ... With the possibility of continuing education in specialized elite schools for promising . As an example - Chelyabinsk Mathematical Lyceum №31, repeatedly rattling the whole world.

Olympiad - the best way to identify worthy. On the other hand, it is the most effective motivator for all who have at least a drop of interest in learning. These competitions should not look like an ordinary school test. Scientific projects, the results of experiments and small discoveries made by schoolchildren themselves with the assistance of their scientific leaders have the greatest return. And it is naive to believe that preparing for participation in such projects will not require expenditure of effort, time and money from students and their parents.

21-22 July in Moscow hosted a forum of the Agency for Strategic Initiatives. Schoolchildren presented their developments on a par with adult scientists. Pupils of the Khimki Lyceum No. 15 created an educational model of a “robot boxer”. “The robot performs all the possible strikes of boxers in the ring: left hook, right hook, uppercut, reversal. He knows how to frighten the enemy with his eyes and make sounds during blows, ”said Oksana Safiullina, a physics teacher.

Powerful competitive element, the system of scientific contests and competitions - the best that is in the national school curriculum. It is necessary to stimulate the interest of teachers, to attract new investors in the form of leading research institutes and schools for gifted children, to support this direction in every way instead of a “swamp” for equals among equals, in which supporters of “free education for everyone” pull us.

Idealists can say anything. For example: "The upper level of education should be determined not by the thickness of the wallet, but by the person himself." In this case, dear, you will get what we have now. A crowd of vendors and consultants with no-use diplomas. For any person will determine his “upper bar of education” not lower than the bachelor's degree. Purely for reasons of prestige.

And to get this degree in our day is easy. 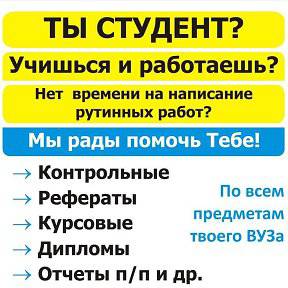 Okay, coursework and diplomas. But for the dissertation purchased should be criminalized. However, this is a topic for another conversation. Why in Russia from 100 thousands of scientists with 80% degrees are “near-scientific plankton”, enjoying the full package of privileges of a researcher with a complete lack of knowledge of the chosen subject and somehow forced thesis on the topic “Turbulent flows in sanitary ware products”?

How to deal with the disastrous trend? How to raise the status of education in the eyes of Russian society?

The obvious way out is to increase the elitism of education. How to achieve the goal? Answer: toughening the requirements for the Unified State Exam results and the certificate for admission to a university (unlike modern realities, when it is enough to demonstrate the minimum amount of knowledge for admission to most specialties under a contract: 30 points for any subject can be dialed randomly by ticking job form). And with a simultaneous increase in tuition fees several times.

As a result, parents of graduates will think three times: is the imaginary “prestige” of those colossal costs worth it? At the same time, such a solution will relieve their children from the incredible suffering in the walls of universities, and numerous retail chains from sellers with engineering degrees.

And notice there is not a word about reducing the existing number of budget places.

"Olga Golodets, Deputy Prime Minister of the Russian Government, who oversees a block of social issues, said that for two thirds of the Russian population, higher education is redundant today." (News from 15.07.2016 year.)

The reform of the education system will be highly appreciated by graduates and their future employers. The diploma will cease to be a formal addition to the job interview, and will become the real guarantor of knowledge.

The only one who will meet the initiative "in hostility" is the leadership of the universities. After all, the proposed method contradicts the whole concept of a profitable “business”, into which the entire Russian system of higher education has been turned.

Owners of private high schools, numerous “institutes of innovations and commerce” will be hysterical. Which should have been overclocked for a long time and deprived of licenses as not meeting even the minimum requirements for an educational institution.

Of course, it is necessary to eliminate the correspondence department, which currently serves only as a place for issuing meaningless "crusts" with a complete lack of knowledge of their owners. The author himself, being a teacher, twice a year, with bewilderment, looked at the crowds of tired people clearly not of student age, it is not clear why they poured into the audience of universities. Gentlemen, I understand that it is prestigious to be a manager with an engineering degree, but you must understand that if you don’t have enough time to attend classes daily (at least in the evenings), what kind of higher education can we talk about?

What does the offense, complaints about the family and work? What is a diploma, if you simply do not have the opportunity to gain knowledge? This is as illogical as applying for participation in the marathon, citing lack of legs.

Only without joking about the benefits of self-education and reading textbooks at home. Of those “external students” who I was “lucky enough to take exams for,” there was not even knowledge of the level of the senior classes.

Of course, all this is technical. The key requirement should be to increase the elitism of education. The “top level of education” should be determined not by the person himself, but by the level of his talents and knowledge. The lack of which in some cases can be compensated by big money. There is nothing bad in desires if they are good. But if a student does not demonstrate much success and does not plan to work in his specialty at all, why should the state assume the responsibility and study it?

Ctrl Enter
Noticed oshЫbku Highlight text and press. Ctrl + Enter
We are
What you didn't want to know about England
Military Reviewin Yandex News
Military Reviewin Google News
180 comments
Information
Dear reader, to leave comments on the publication, you must sign in.