But why is there no delight from the modern education system? ..

August 1 2016
118
At the International Mathematics Olympiad in Hong Kong, a team of Russian schoolchildren was among the best teams, winning 6 medals, of which 4 are gold. At the international physics competition among schoolchildren in Zurich, Switzerland, the Russian team showed the best result in Europe, winning five awards, 4 of which is “gold”. At the same time, the representation of team members is the most extensive. In addition to the guys from Moscow and St. Petersburg, the teams included students from Perm, Rybinsk, Saransk, Kirov.


It would seem that, against the background of such impressive successes, there can not even be a shadow of doubt about the correctness of the reform of the education system in our country. Indeed, the guys are among the best in the world in the Olympic competitions in exact sciences - what criticism of the education system can we talk about? .. Doesn’t this fact prove that the Bologna system and the control and measurement materials of the unified state exam lead our younger generation to the educational prosperity? 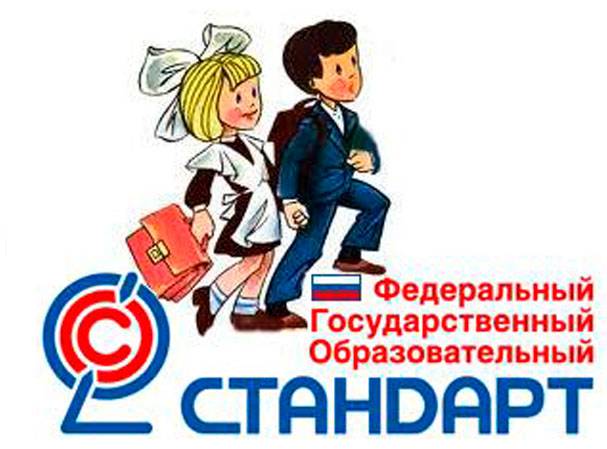 However, the Olympic successes of Russian schoolchildren in Hong Kong and Zurich are therefore causing a storm of positive emotions today that the educational environment in the country does not at all foreshadow such success. More precisely, success, perhaps, it foreshadows, but only in the extremely narrowed sector of educational training. It is almost impossible to extrapolate even a tenth of such success to a larger educational audience in our country today, and tomorrow, apparently, it may not be possible definitively. Talents, of course, did not translate, but young people often do not know where to put their talents - a person is left to himself, which is justified by the “freedom of choice”, but in reality - by his absence.

The main reason for such skepticism is that modern society does not know what state institutions (and the Ministry of Education and Science first of all) want to see the final “product” of education. The country's main law prohibits the Russian Federation from having an ideology, with the exception of ideas of unbridled cosmopolitanism and unlimited consumption. Against this background, it is announced that a modern student after passing through an “educational horn” should become necessarily a competitive specialist in the (attention!) International market. And what exactly is a “competitive specialist in the international market”, and how does this concept fit in a) with competitiveness in the domestic market, b) with the protection of Russian interests when interacting with the same competitors outside the country? - questions, questions ... And if you try to seriously grasp the demands made by education officials, then there are even more questions. Here is a statement of the essence of one of them: a Russian school graduate successfully passed the entrance exams to a foreign university and became his student; after his graduation he remained to work abroad and, accordingly, to pay taxes abroad and “as a person” to develop also abroad. From the point of view of the declared concept of the development of secondary education in our country, does all this mean that our school has generated an internationally competitive specialist? Apparently, yes ... After all, the young man found a job “on the international market”. And what, sorry, from this plus Russia? What is a plus for our economy, about the necessity of reorientation from oil to high-tech technologies of which everybody feels is lazy? What is the reason for the education system itself to prepare people who are pushed by the Ministry of Education and Science to the international market without specifying that it is possible to be successful in the international market, staying in Russia?

Just do not understand, please, these “surveys” as a call to completely close the country, not to “let in” and not “let out” anyone, forcing the educational system to be behind the “iron curtain”, cooking in its own juice. “Iron Curtains” is an unconditional brute force, but at the same time, officials from the education system should understand what real goals they have set. And the goals are that the interests of Russia are, as it were, in the background ... In the first roles, it is the satisfaction of the interests of the very competitive environment of the world market. The worst thing may be that the bureaucratic apparatus, which is responsible for all this, in fact, understands everything perfectly and works in this very direction. - In the direction that the very fact of national interests consciously (well, or unconsciously, which is unlikely) puts into the background, which the Russian schoolchild makes the masses, not ready to understand what the development system of the whole country can (could) be built on in the future .

Why is there a suspicion that the system is built in the direction of otbutbolivaniya interests of Russia consciously? They (suspicions) are due to the fact with which the officials from education are engaged in the reforming. Moreover, this reform has long demonstrated steps aimed at destroying any part of the Soviet educational system, be it a high level of general education, a continuity of generations, a respectful system to the educational environment as such, or the ideology of patriotism. Reforming this is similar to a virus that takes advantage of the fact that the patient does not want to take the medicine and hopes for immunity, which is clearly not coping.

Speaking with experts in the educational environment, you come to the conclusion that the majority seems to be convinced of the need for reform (reform, not degradation), but no one can really explain either what should happen in the end, or what, in fact, The “terrible” was in the Soviet system of education and training that had been built up for decades - the “terrible” so that it was necessary to destroy and equip the system.

If we take into account that the basic parameters of the education reform were determined and continue to be determined by those who had a hand in writing the basic law of the country, the situation, to put it mildly, causes concern. And even the well-known approach “wanted the best, but it turned out as always” does not work here. After all, what does “how better” mean? .. It was someone who suddenly ceased to be organized by the education system, which was able to educate a whole galaxy of brilliant scientists, including Nobel laureates, engineers, designers, eminent playwrights, philosophers, and filmmakers. And patriots, after all. None of them tried to make "competitive in the international arena." They, like everyone else, were taught above all to remain people, taught not only to receive, but to extract the necessary knowledge. - Receive and extract in order to be able to implement them in the chosen field: at the machine tool, at the helm or at the easel. And this is without the “institute” of tutors, who today are attracted almost from elementary school. Like, without tutors, not to pass the exam, and if you do not pass the exam, then life - g ... oh. Although in order not to pass the modern basic level, you must try very hard ...

In her program “Besogon”, Nikita Mikhalkov asks a similar question: who did the education system stop arranging, thanks to which the country destroyed by a terrible war, managed to launch the first artificial satellite into space after 12 years after the end of this war, and after 16 years - and the first man Yuri Gagarin.

I do not want to resort to conspiracy theories, but still suggests the version that the education system on the foundation of cosmopolitanism, elitism and total fecundity of pseudo-universities and pseudo-scientific community was put not spontaneously, but as an implementation of existing plans. In what circles did these plans appear? Yes, in the same circles, for which the very existence of a strong Russia with an educated population (with an educated one does not mean at all the presence of hundreds of thousands of certified “managers” who sell Chinese consumer goods on the market).

One can reflect on the topic of how many pros and cons in the Unified State Exam, which state educational standards are better and which ones are worse, which system of training modern teachers is worthy of respect, and which is not. It is possible ... That's just the question today should be different: what kind of “product” is the state ready to see at the top of the educational system? If this is all the same “world-competitive specialist”, for whom not the slightest interest is caused история, neither culture, nor the values ​​of a country called the Homeland, then with such an approach we no longer need any external enemies (or even “partners”) ... We will complete what began under the beautiful slogans of building democracy and a market economy.

Of course, it is gratifying to see the laying of new nuclear submarines, the creation of an attack fist in the south and south-west of the country, including Crimea, the release of the latest tanks, aircraft, air defense and missile defense systems, but only from the point of view of security and state interests - this activity is necessary, but not enough. At the time, the USSR also had cruisers, tanks and shock fists, but a virus came that infiltrated the educational environment as well, and tore apart a huge power with our own hands - are we ready to admit it today or not. We were ready to believe the drunken brawl in the Bialowieza Forest, the pseudo-referendum on the future of the USSR, fables on privatization, victory, who knows in the second round of elections in 1996, the thesis “we have no more enemies”, etc. - the list goes on. And this is taking into account the fact that they studied in Soviet schools ... It turns out that they also had a fatal vulnerability to the mentioned virus. Then what can we say about the modern approach to the education system, when it is not even a system, but a combination of sharpened profit-making by a narrow circle of people without a drop of interest in the reform being successful from the point of view of Russia's interests.

Ctrl Enter
Noticed oshЫbku Highlight text and press. Ctrl + Enter
We are
Results of the week. "Golden hands - to whatever touches, all smithereens!"Tragedy in tank competitions
Military Reviewin Yandex News
Military Reviewin Google News
118 comments
Information
Dear reader, to leave comments on the publication, you must sign in.