Ankara announces activity of Gulen structures in Kyrgyzstan and Kazakhstan

July 29 2016
46
Turkish media reported on the first group burials, which today were held at the so-called "cemetery of traitors." We are talking about the object, which was created in the vicinity of Istanbul with the aim of carrying out on it the burial of the dead participants of the attempted coup. According to recent data, the total number of dead rebels is 104 man. The first "individual" burial at a special object near Istanbul were carried out at the beginning of the week. 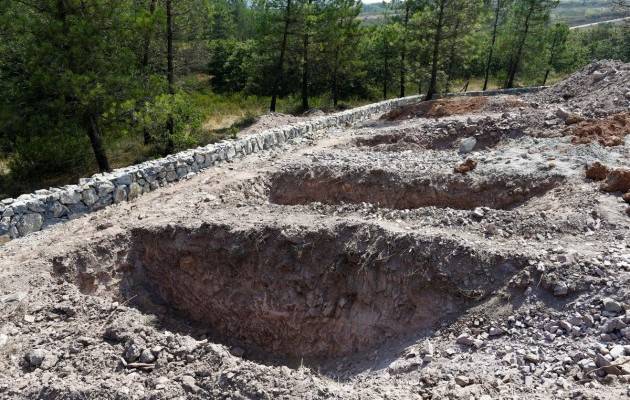 Turkish police are closely watching so that anyone does not even think to bring flowers to this cemetery. The opportunity for foreign journalists to enter the facility’s territory is provided selectively, and with special passes.

Against this background, the Turkish authorities continue to publish materials on the activities of structures associated with Fethullah Gulen, who is suspected of organizing a coup attempt. The Anadolu news agency publishes material stating that structures loyal to Gülen work not only in the United States, but also in the territory of the CIS countries. So, we are talking about the activities of several educational centers in Kyrgyzstan and Kazakhstan. The article states that these centers (Ankara considers them terrorist) in Kazakhstan are working under the care of the Kazakh-Turkish Education Foundation (KATEV), which receives funding from the Hizmet structure, whose leader Gulen is.

Of material:
As part of KATEV in the cities of Karaganda, Zhezkazgan, Shymkent, Kyzylorda, Taldykorgan, Taraz, Astana, Alma-ata, Atyrau, Aktau, Ust-Kamenogorsk, as well as in the East Kazakhstan and Karaganda regions there are 29 lyceums, university, college, primary and high school.

The report says that the Gülen organization is trying to get funding from Kazakhstani business representatives.

With such statements, Turkey is clearly trying to set up against the activities of the Gülen structures not only the United States, but also Russia and its closest allies.