July 29 2016
136
Non-living intellectuals indignant ... How so: nothing foreshadowed, and suddenly - bang! - Russian President Vladimir Putin overnight not only changed the number and borders of federal districts, individual plenipotentiaries in the districts, but also dismissed several heads of regions at once. Arbitrariness! Guard! Zrada! .. Kremlin gebnya! .. All that.


However, before clarifying the essence of the “claims” of non-living (if it may be interesting at all ...), it is worthwhile to submit official information on presidential orders on administrative and personnel decisions. - To the subject of discussion was, as they say, more tangible. 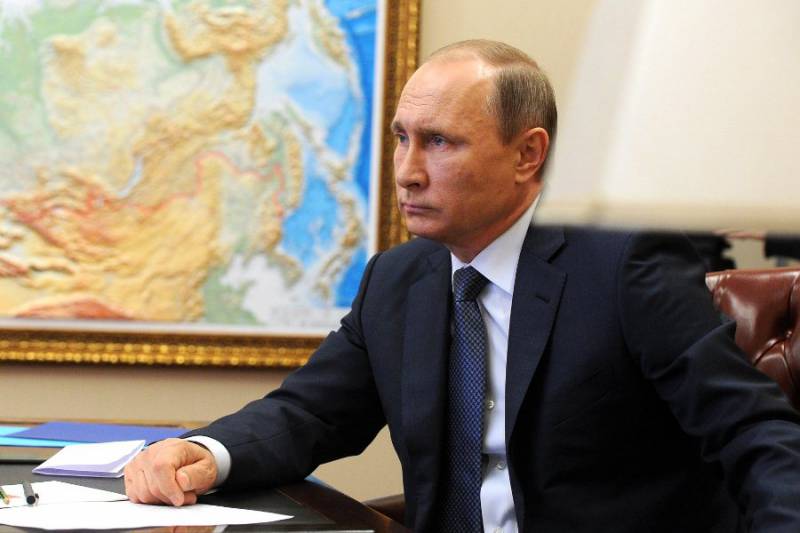 So, on July 28, the president signed a decree stating that the Crimean Federal District ceases to exist, and its two subjects - the city of federal importance Sevastopol and the Republic of Crimea - become part of the Southern Federal District. The number of subjects of the SFD at the same time increases to eight.

The plenipotentiary presidential envoy to the Siberian Federal District Nikolai Rogozhin was sent to resign. His place was taken by Sergey Menyaylo, who until recently served as governor of Sevastopol. Dmitry Ovsyannikov was appointed acting head of the region (Sevastopol) after transferring to another position. Previously, he oversaw the allocation of funds for the development of the Crimean infrastructure with the rank of Deputy Minister of Industry and Trade.

By the decree of the President of Russia, the governor of the Kirov region Nikita Belykh was also sent to resign. The wording is “due to loss of confidence.” Recall that Mr. Belykh is currently undergoing as the main person involved in the criminal case for receiving a bribe from a member of the board of directors of the Novovyatsky ski combine company. Nikita Belykh was arrested for two months and is in the Lefortovo detention center.

Igor Vasilyev, who was the head of the Federal Service for State Registration, Cadastre and Cartography (Rosreestr), was appointed Acting Governor of the Kirov Region.

The authorities of the Governor of the Yaroslavl Region Sergey Yastrebov were terminated early. According to the official version, the Hawks filed a resignation at will. Dmitry Mironov, who previously held the post of Deputy Interior Minister, was appointed acting head of the region.

In general, the abbreviations of the Ministry of Internal Affairs and the Federal Security Service, which always magically act on non-living abilities, this time also demonstrated their magical effect. In blogs, media columns, social networks, and then everywhere, “self-democratisation specialists” in the next (who in a row? - all got lost long ago if they thought ...) once announced that the Kremlin “removes the disloyal ones from the regions” and puts them on place of power. They say that the security forces will now begin to "re-tighten the screws" and in places "tear the thread." To whom and in what place is the thread? - until they specify ...

And even the fact that the siloviki from among the new acting governors is exactly half (two out of four) does not particularly care about inexistent intellectuals.

From blog to "Echo of Moscow" the current State Duma Deputy Dmitry Gudkov (the one who was deigned to listen even in the US Senate, and which, according to some media, was not the last person in the preparation of sanctions lists for the Russian Federation, laid on the table in front of American "friends"):
Not Turkey yet, but such a rate of fire, such “cadres decide everything” speak for themselves. Remember convulsively, the National Guard under the head of the rash, remember “Putin's goalkeeper” in the Tula region - the same style, but raised to a degree.

At the same time, we don’t know anything about the administrative talents of these new people, and if we know, as is the case with Tsukanov and Menyajlo, then it’s a pity.
“We don’t know about the administrative talents of new people.” Well, yes - quite right. And what, in fact, do we know about Dima Gudkov himself, given that Dima Gudkov has been carrying a deputy “crust” in his piNjak’s pocket for the fifth year, while managing to spoil in the anti-state plan at any convenient opportunity? We know, for example, that Dima Gudkov, not without the patronage of Gudkov, the elder, turned out to be in politics, and then, along with Gudkov, the elder, took part in sensational "swamp" speeches. We know that being a member of the lower house of the Russian parliament in March, 2014 spoke at the forum of the upper house of the American parliament. Was the forum a very specific name “New approach or status quo? The relations of the USA, the EU and Russia against the background of Putin's repressions. ” It is interesting how they would have behaved in the US parliament if one of them took part in the forum of the Federation Council of the Federal Assembly of the Russian Federation under the hypothetical name “relations between Russia and the USA against the background of the repressive machine of the Fed and the puppet of American presidents”.

In all likelihood, Dmitry Gudkov believes that only such people as him should be appointed by the president to senior positions in the regions and districts, and not some “administratively unknown persons” ... After that, it becomes clear how growing "at the talk of the fact that the US sanctions after the entry of the Crimean peninsula in the SFD may allegedly extend to the entire Southern Federal District. Dima associates podsobyat? ..

The inexperienced LiveJournal is boiling, where in thematic posts of the “FSB” through the word, and Putin is presented as “Russian Erdogan”. The irony is that quite recently Erdogan appeared in the same blogs as “Turkish Putin”. There is in this some pretty narrowly focused or completely dead-end (in all senses) “unexpressed” creative.

The Ukrainian media environment is shaken in attacks of zdorikh fever: turn around, they say, Crimea "backwards" ... And the funny thing is that they do not even need to turn around Ukraine, but to the Crimean Federal District.

In general, the liberal environment should once again say thanks to the president. Well, in fact ... Russia has already begun to forget that there are people like Dima Gudkov, like other regulars of “opposition coordination councils”, operating exclusively in social networks. And then - rr-time! - and they had the opportunity to give a chance, somehow reminding of their existence.

For a moment: for the non-living, such a violent reaction is caused only by shifts in the regional power ... Apparently, the extra-systemic opposition crisis of thought has reached the point that even changes in the governor's corps should be tried to whine. That way, they will soon reach a howling about the change of heads of village councils ...

Ctrl Enter
Noticed oshЫbku Highlight text and press. Ctrl + Enter
We are
Results of the week. “There were good people ... Warmed up, robbed. That is, picked up, warmed ... "Kremlin guard
Military Reviewin Yandex News
Military Reviewin Google News
136 comments
Information
Dear reader, to leave comments on the publication, you must sign in.